Spread the love
Ice hockey is considered one of the most entertaining – and sometimes, the most
brutal – winter sports ever invented. It has a long history (it has been played
under the name “hockey” since at least the 18th century) and it is very popular
especially in the Northern areas of America (especially Canada) and Europe. And,
like many other sports, it is surrounded by a series of myths and
misconceptions, a few of which we’ll try to debunk today.

While the modern-day rules of ice hockey have indeed originated in Canada
(Montreal, where the first indoor hockey game was played in 1875), the origins
of ice hockey have been traced back to England. Many sports played in the
British Isles are considered the precursors of ice hockey, ranging from
Ireland’s hurling to Scotland’s shinty and England’s bandyball.
Canada and the US have the strongest ice hockey league, though (the NHL), along
with the most ice hockey bets placed at Betway Canada.

The most dangerous sport

Some speak of ice hockey almost like it’s a contact sport – “enforcers”, also
known as “goons” or “fighters” bear part of the blame for this fact. An enforcer
is a player that responds to the violence of opposing players, keeping the game
in good order – and they often do so by fighting or checking them in a pretty
violent manner. This is considered by many one of the biggest attractions of ice
hockey games.
While there is often a bit of blood left on the ice after a more violent clash,
ice hockey is by far not the most dangerous sport. Many others, including the
likes of association football and even cheerleading – exceed its number of
injuries by far.

Well, it is – and it not necessarily is.
The truth is, ice hockey is preferred in countries where the winter lasts longer
– it is obvious, considering that it is played on ice, and the countries in the
North of America and Europe have plenty of that to go around in winter. It is
also a fact that countries further South prefer to play field hockey – a sport
that is very much like ice hockey except, of course, that it’s not played on
ice.
But the NFL has a team based in the Las Vegas metropolitan area, a region where
snow and ice are indeed in short supply. The Vegas Golden Knights are members of
the Pacific Division of the Western Conference of the National Hockey League
(NHL), established in 2017. But ice hockey was present in Las Vegas long before
that.
it was the place where the first outdoor game between two NHL teams was
organized in 1991, and the Los Angeles Kings have organized preseason “Frozen
Fury” games in the city where they faced the Colorado Avalanche in Las Vegas.
This tradition ended with the establishment of the Golden Knights in 2017. 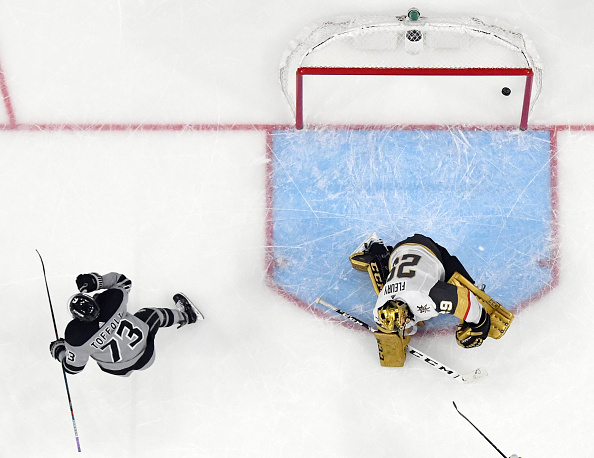 LAS VEGAS, NEVADA – DECEMBER 23: Tyler Toffoli #73 of the Los Angeles Kings celebrates after scoring an overtime goal against Marc-Andre Fleury #29 of the Vegas Golden Knights to win their game 4-3 at T-Mobile Arena on December 23, 2018 in Las Vegas, Nevada. (Photo by Ethan Miller/Getty Images)