The New Jersey Devils confirmed Blake Coleman was moved to injured reserve, retroactive to February 10th. In addition to the move, Miles Wood was activated for the IR. when the team announced the news Friday.

The club has activated F @mileswood44 off injured reserve.

The Devils confirmed the centre suffered an upper-body injury as they took the ice for warm-ups on Tuesday. He did not participate in the game against the St. Louis Blues the same day. Coleman took part in the teams Thursday practice before being moved to IR on Friday. He will be eligible to return to the Devils lineup on Sunday as the team takes on the Buffalo Sabres. However, it’s unclear if he will have recovered enough to suit up.

Coleman’s injury comes during a scoreless drought for the forward. He hasn’t tallied a single point in six games. In 55 games this season, Coleman owns 18 goals and 11 assists for 29 total points.

The Devils are in a tight spot at the moment. They’re dealing with the loss of left winger Taylor Hall and defenseman Sami Vatanen. Hall has been absent from the bench since December 23rd. Vatanen is out indefinitely with a concussion.

What this means for the future

Coleman is one-third of an essential defensive line for the Devils. In the wake of his absence, the team finds a bright spot with news of winger Woods activation off the IR. Wood is another piece of the second line alongside Coleman and Travis Zajac.

Wood was placed on IR earlier this month with an upper-body injury. After missing four straight contests, he will return to the Devils lineup tonight as the club took on the Minnesota Wild Friday. He will also slot back into his regular spot on one of the team’s power play units. In 50 games this season, Wood netted five goals and 12 assists for 17 points. 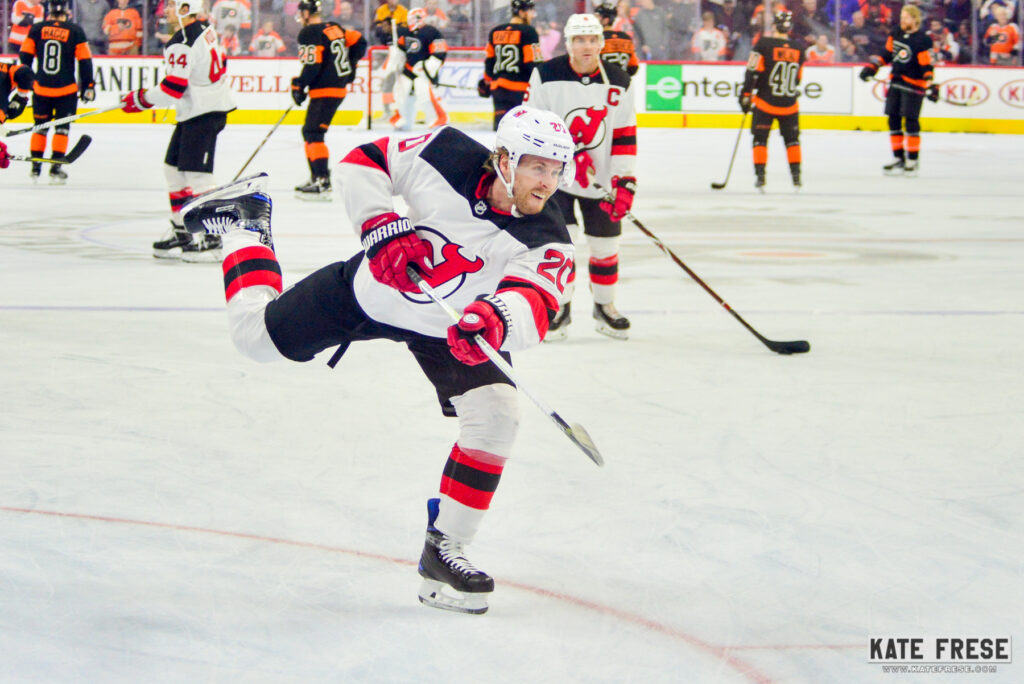