The New York Rangers announced that centre Brett Howden has left Tuesday’s game against the Philadelphia Flyers with a knee sprain and will be re-evaluated Wednesday. Rangers coach David Quinn said Howden could be “out for a while.”

Hear from Coach Quinn after the first #NYR game after the break including an update on Howden. pic.twitter.com/m2vv7UZ6b5

In his rookie season with the Rangers, Howden has scored four goals and 11 assists for 15 points to go along with four minutes in penalties. His possession numbers were 41.2 percent Corsi and a relative Corsi of -5.3 percent. He was originally drafted by the Tampa Bay Lightning, 27th overall in the 2016 NHL draft.

The Rangers would love to have the rookie in the lineup but with the season they are having won’t take any chances. This injury also comes during a time where the he has been struggling.

The Calgary native is in his rookie year in the NHL after spending last year with the Moose Jaw Warriors of the WHL. In 49 games he had 24 goals and 51 assists for 75 points. Sadly for the Rangers, his scoring prowess in juniors hasn’t transferred over to the NHL yet. He has spent most of the season playing on the Rangers top six but hasn’t been performing as of late. He is 50% on draws this season but has struggled lately in the circle.

In his absence, Pavel Buchnevich will likely draw back into the lineup after being a healthy scratch in tonight’s game. Buchnevich is fourth on the Rangers with four of his nine goals coming on the powerplay this season. 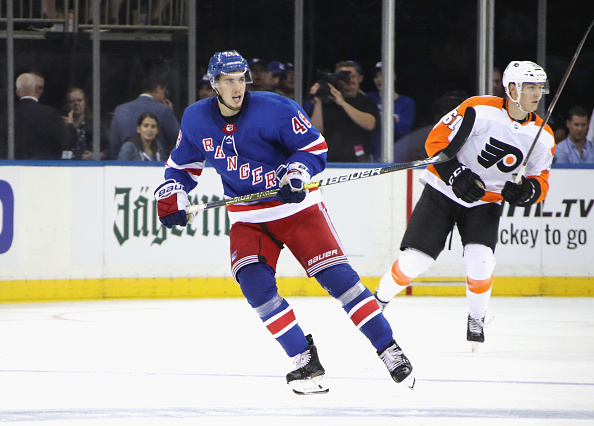