YWT #43- Shipping Up To Boston

The Philadelphia Flyers had… an interesting week. Two wins, through blowing a three goal lead against the Florida Panthers and a big win over division rival New Jersey Devils, were sandwiched by a poor effort against the Columbus Blue Jackets. The Flyers still got four of a possible six points this week, and they sit at .500 as October starts to wind down.

Scott Laughton and Robert Hagg have been among standouts for the Flyers in the early going. Laughton is taking advantage of injuries within the forward corps (James van Riemsdyk and Nolan Patrick, notably), and Hagg is making the best of more ice time.  Meanwhile there have been a lot of negatives elsewhere; Ivan Provorov does not look like the same player he was all of last season, and the early struggles question whether he is still playing hurt.

On this week’s show, Mike and Kyle discuss this past week’s games, as well as preview the games upcoming on the Flyers schedule. They also talk about the Philadelphia Eagles matchup with the Carolina Panthers, and a World Series prediction.

You Would Think: The Philly Sports Podcast is available on Last Word on Sports, Podbean, iTunes, and Google Play.

You Would Think: The Philly Sports Podcast is brought to you by Last Word On Sports. Kyle Collington is joined by Mike Giletto each and every week to give you the fire and passion for Philadelphia sports. Kyle and Mike are two lifelong Philly sports fans that are just talking about what they love. 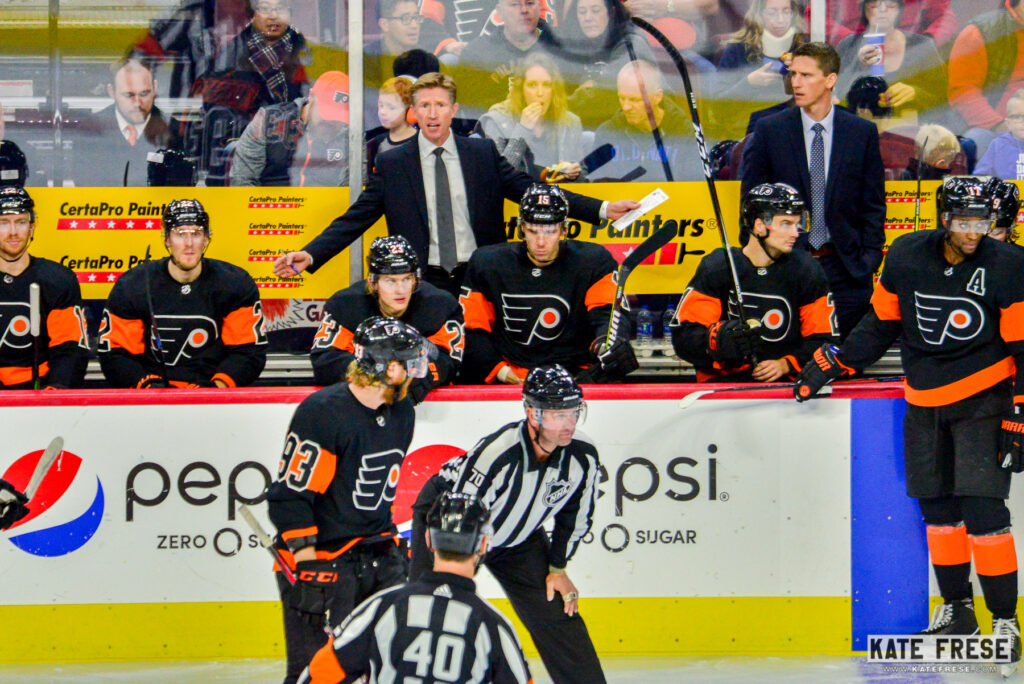 PHILADELPHIA, PA. – Philadelphia Flyers coach Dave Hakstol questions a call in a game against the New Jersey Devils on Oct. 20, 2018.

Main Photo by Kate Frese (@KateFresePhoto), licensed to Last Word on Hockey. The Photographer retains all rights to the photograph.