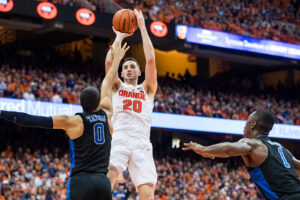 Tyler Lydon NBA Draft Profile Welcome back to LWOS NBA Draft Coverage, the column that brings you player profiles for the next crop of professional basketball players that are likely to be selected in the upcoming draft. Be sure to bookmark the site, follow us on Twitter, and spread the word for the site that will bring […]