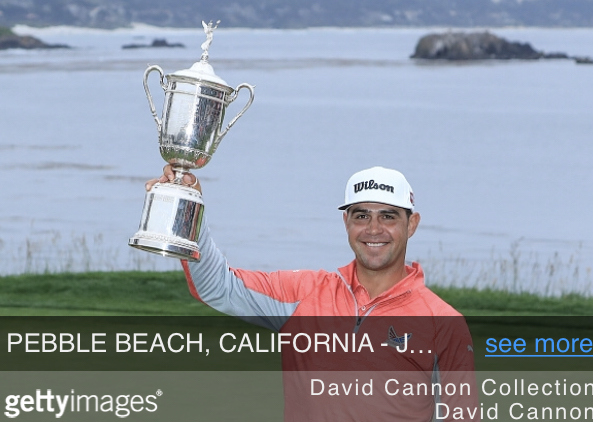 Gary Woodland did not know what to expect heading into the final round of the U.S. Open. For starters, the three time PGA Tour winner had never won a tournament having the 54-hole lead. In fact, he was 0 for 7 in his previous attempts.

But on Sunday along the coastlines of Pebble Beach, Gary Woodland quelled the demons in final rounds with a masterful performance. While the rest of the field was faltering under the immense U.S. Open pressure, Woodland exhibited steadiness. His 3-wood on the par-5 14th and finesse chip shot on the par-3 17th demonstrated a fearlessness that many did not know Woodland possessed. With his long birdie putt made on the 72nd hole to shoot a two under 69, Woodland could finally release his emotions. He will forever be known as a U.S. Open champion. An accomplishment that will redefine his career.

“Played aggressive, and it paid off,” Woodland said, adding, “Didn’t ever let myself think the tournament was over.”

Life is unpredictable. And it has its difficulties. For Gary Woodland, golf was in the background to tackle head on the challenges that were dealt his way.

Two years ago, Gary and his wife, Gabby, were given the grandest gift of all as parents. The news that baby twins, a son and a daughter, would enter their world. But the joy of having children would soon be dashed when only their son, Jaxon, would be born. Gary’s daughter wouldn’t make it; leaving the golfer empty and with insurmountable sorrow.

It’s not the only challenge Woodland has had to overcome. While playing golf, Gary’s father, Dan, had a heart attack. While in surgery, Papa Woodland wasn’t alive for three to four minutes before being resuscitated.  The surgery enabled Dan to breathe again with the assistance of a pacemaker. And it was these challenges in his son’s life that shaped him into being a mentally stronger golfer.

Woodland won his first tournament since the tragedy with his daughter at the Waste Management Open in 2018. Through the tears and elation of securing victory, Gary pointed to the heavens. A sign of respect and gratitude to a part of himself that is there forever.

“That’s real,” Woodland said after his Phoenix victory, “and I just wanted her to know I still love her.”

The U.S. Open had a plethora of headlines at Pebble Beach. Will Tiger Woods Win his 16th Major? Phil Michelson winning the career grand slam. Or Brooks Koepka, the World No. 1, attempting to make history with a U.S Open three-peat.

But the golfer to quash all those narratives was Gary Woodland. And he did it with steadiness. He played the golf course not making the big mistake. Entering this week, he was ranked 169th on the PGA Tour in scrambling. At the U.S. Open, he was first. A testament to his reliance on effective short-game play.

Woodland’s ability to consistently make solid shots in the final round overmatched the final round 68 from Brooks Koepka, who would finish runner-up. While Koepka’s attempt at the three-peat was heroic, it would be stopped by a Gary Woodland who never gave into the major championship pressure.

“I never let myself get ahead,” Woodland said. “Once that went in, it all came out of me. It’s special to finish it off here at Pebble Beach.”

With Gary and wife Gabby expecting a new set of twins, life has reached a new peak of happiness for the 35 year old. With heightened perspective from the tribulations he has experienced, it makes Woodland’s U.S. Open victory taste even sweeter. 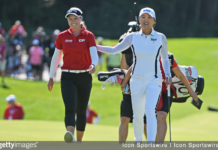