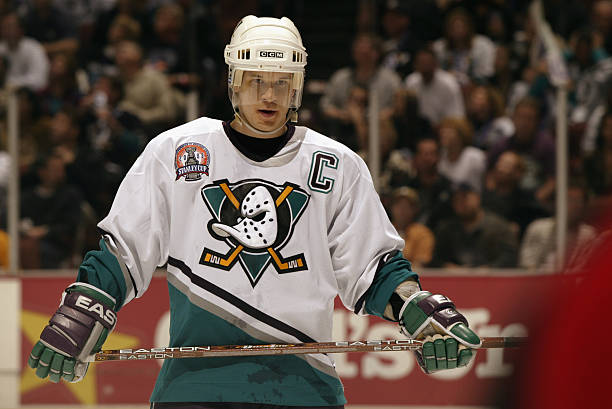 Summer is well and truly upon us here at You Would Think. It is officially list season, and we kick things off today with Mike’s list of the top ten sports movies of all time. Without too many spoilers, there are boxing movies, baseball movies, and, of course, hockey movies on Mike’s list.

Okay, okay, one spoiler. Number ten on Mike’s list is Bull Durham, the 1988 baseball movie directed by Ron Shelton. In it, Kevin Costner plays “Crash” Davis, a veteran of the minor league baseball system. He’s sent by his organization to the Single-A Durham (North Carolina) Bulls to serve as a mentor for up-and-coming pitching sensation Ebby Calvin LaLoosh (played by Tim Robbins). As you would expect, there is some hardship between the hotheaded players, leading to conflict, etc. etc.

One movie that missed out on Mike’s list (much to Kyle’s dismay) is the Mighty Ducks franchise as a whole. Coming off the back of the recent Anaheim Ducks announcement of their alternate jersey for the upcoming season, it’s worth a look back at the movie that started it all.

1992 brought us The Mighty Ducks, a Disney film directed by Stephen Herek and starring (most notably) Emilio Estevez. The film stars Estevez as troubled attorney Gordon Bombay, a former minor league hockey player who faces DUI charges. Instead of jail time or a revocation of his license to practice law, Bombay instead makes a community service agreement. That community service comes in the form of local midget hockey team District 5, who are without a coach. District 5 is, quite frankly, a disaster of a team when Bombay takes over.

After trying some tough love tactics, which leads to team captain Charlie Conway (Joshua Jackson) to quit, Bombay finally learns his lesson and softens, convincing Conway to rejoin the team. Through some fortunate circumstances (“the Panthers got the measles and forfeited the season”), District 5 make the playoffs, where they run into the dynastic Hawks.

The Hawks, coached by Bombay’s former mentor-turned-enemy Coach Reilly, have run through the regular season, including an embarrassing victory over the District 5 team that hadn’t found their identity. Speaking of identity, Bombay decides that District 5 needs a bit of a rebrand. Thanks to his employer, Mr. Ducksworth, he settles upon the duck. And thus, the Mighty Ducks are born. Will the Ducks beat the Hawks? Will the Hawk players return in literally every movie? Will Mike ever make a good list? Find out all that and more on this week’s episode of You Would Think.

You Would Think: The Philly Sports Podcast is available on the Last Word on Sports, Podbean, iTunes, and Google Play.

You Would Think: The Philly Sports Podcast is brought to you by Last Word On Sports. Kyle Collington is joined by Mike Giletto each and every week to give you the fire and passion about Philadelphia sports. Kyle and Mike are two lifelong Philly sports fans that are just talking about what they love.

Could This Still Be the Celtics Season?