Positions to Keep an Eye on

The Roughriders training camp battle that will be receiving all the attention during preseason is the quarterback competition. Both Brandon Bridge and Zach Collaros are looking to prove something not only to themselves but to the league. Collaros is now three seasons removed from his ill-fated MOP-like season that was cut short from a torn-ACL. He will be looking to bounce back after his poorest season in 2017 with the Tiger-Cats. Collaros posted a career-low passer rating of 81.1 and a record of 0-8 before being replaced by Jeremiah Masoli. Rider fans and Collaros alike are hoping that a change of scenery and talent can rejuvenate the 29-year old’s career.

Standing in his way is the electrifying Canadian, Brandon Bridge, who is coming off a season that saw him throw for career-highs for passing yards (1236), touchdowns (10), and rushing yards (127). Brandon Bridge was able to post these numbers despite starting just one game all season, often relieving Kevin Glenn. The main goal for Bridge is looking to establish himself as a bonafide start in the CFL. The elephant in the room, however, is Collaros’ contract. It was reported by the team that Collaros’ restructured his deal to bring his $500,000 cap hit down. There are questions as to how pure the competition will be with a high cap hit on Collaros. While Rider Nation is expecting a pure competition, the writing is potentially on the wall with Collaros’ contract.

The release of MLB Henoc Muamba has left a massive hole right in the heart of the Roughriders’ defence. The signing of Sam Hurl out of Winnipeg was never meant to act as a replacement for Muamba as he will compete on the weak side. Projected to take his place is third-year linebacker Sam Eguavoen, who brings a similar build to Muamba at 6’0 227 pounds. Behind him, the picture becomes less clear with a number of first-year players set to compete with Eguavoen. Shockwaves will be felt if the Riders cannot find a suitable replacement for Muamba.

Much to the delight of Rider Nation, Jovon Johnson had a resurgence last season while Duron Carter upheld his promise of picking off Bo-Levi Mitchell. However, Johnson enters 2018 at 34 years-old while Carter likely returns to the offensive side of the ball, despite Jones stating otherwise. A name to look for is John Ojo who started 18 games for the 2015 Eskimos tacking on five interceptions. Ojo spent 2016 recovering from a torn Achilles’ and 2017 working out for the New York Jets. Many fans and pundits were left scratching their head at the Riders’ decision not to draft defensive back Godfrey Onyeka. If depth becomes an issue at this position throughout the season, they will be justified in those feelings.

Cameron Marshall’s release ahead of camp on Sunday sent shockwaves on social media after being the team’s leading rusher in 2017. The standout from last season apparently failed a physical according to CKRM’s Rod Pederson. The Riders weren’t finished there—they suspended Trent Richardson for personal reasons. That leaves 33-year-old Jerome Messam as the remaining bell-cow back for the Riders. Behind him is the hero of the East Semifinal Marcus Thigpen and recent signees Zac Stacy and Josh McPhearson. The Riders will need to find another standout at running back behind the veterans of Messam and Thigpen. Both are north of 30-years-old and have had plenty of wear and tear throughout their careers. A strong running game will be crucial in alleviating the pressure off Collaros or Bridge and, while Messam may be a lock for RB1, all eyes should be on who falls in line after that.

Perhaps the least talked about Riders training camp battle is the competition at left tackle. Derek Dennis’ departure leaves an open competition for the second-most important position in football. Currently pencilled in to start is first-year Terran Vaughn coming off a short NFL stint after going undrafted in 2016. Josiah St. John is set to compete at the left and right tackle positions, after an underwhelming first two seasons in the CFL, St. John has to prove why he was a first round selection. It appears whoever emerges from this competition will be a young asset for years to come, but there will be growing pains along the way.

Despite all eyes being on the quarterback competition, there are many battles that will be taking place over the next two weeks that will have a ripple effect for the 2018 campaign. For the Riders to dethrone the reigning West Division Champion Stampeders, they must find a difference maker at these positions backed with quality depth. Otherwise, injuries could derail what appears to be a promising 2018 season. 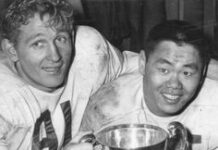