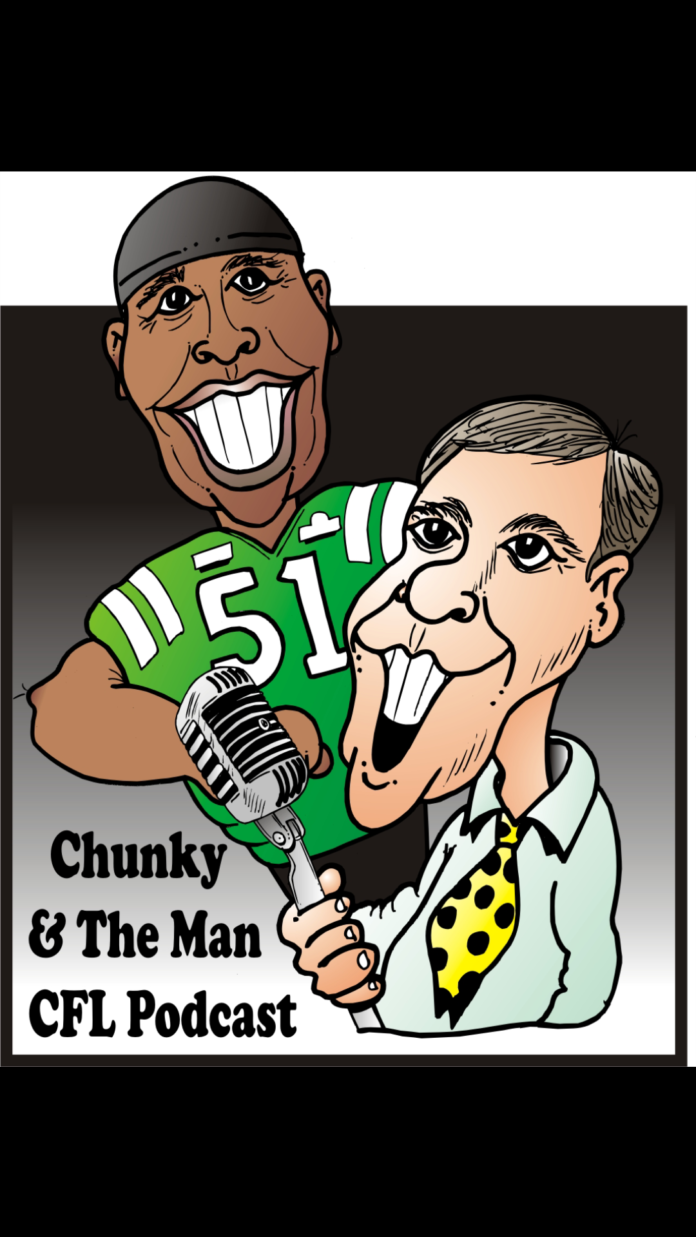 Last Word on Sports is proud to present its CFL Podcast, Chunky and the Man. Each week our hosts will look around the Canadian Football League, and bring you the latest news and analysis. They will also strive to bring you in-depth interviews with great guests connected to the CFL. The show is available every Monday where it airs on Blog Talk Radio. It posts here at last word on sports, shortly thereafter. Check out this week’s episode, and watch this space for a new edition next week.

Hosts Brendan McGuire and Marcus Adams discuss John Chick and what’s wrong both the new president of the Toronto Argonauts and Saskatchewan Roughriders Plaza of Honour.

The episode can be heard by clicking on the player below:

Marcus “Chunky” Adams is a defensive tackle who played for the Saskatchewan Roughriders of the Canadian Football League for eight seasons. He also was on the rosters of the Edmonton Eskimos, the Colorado Crush and Spokane Shock of the Arena Football League, and the Peoria Rough Riders of AF2 throughout his professional career. He played college football at Eastern Kentucky. He retired from professional football in 2012 but is still active in various charities in the local community.

Brendan McGuire has followed the CFL since 1992. His love affair with three-down football discussion included two seasons as a Roughrider beat reporter for 980 CJME. He currently lives in Regina with his partner Sheena and their dog Sasha.