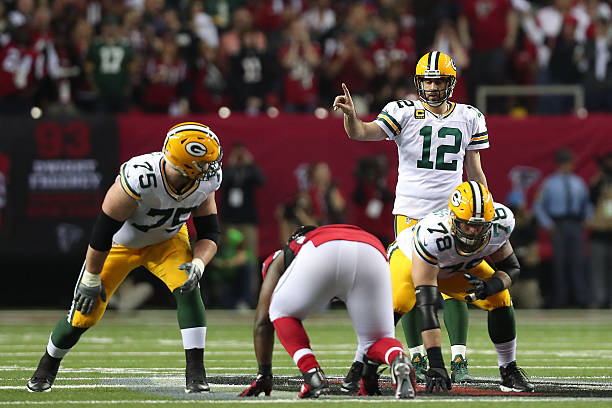 Last week, the Green Bay Packers defeated the Seattle Seahawks at Lambeau Field 17-9 in an NFC heavyweight matchup. This week, Green Bay will head south to Atlanta to take on the Atlanta Falcons in the first game ever played at Mercedes-Benz Stadium. Atlanta last met Green Bay in the NFC Championship Game last season, where they handily beat the Packers 44-21. This time around, Green Bay will be looking for a much more favorable outcome. Here are three Green Bay Packers keys to victory for extending their winning streak and overcoming the Atlanta Falcons in a week two Sunday Night classic.

1- Prevent Atlanta From Getting Off to a Fast Start

The last time these two teams met, Atlanta dominated the game from start to finish. The opening drive in that game was an 80-yard, 13 play drive that resulted in a touchdown; Atlanta never looked back. They turned several Packer miscues into scoring opportunities as the Falcons roared to a 24-0 halftime lead.

Preventing Atlanta from getting off to a fast start is even more important considering this is the first game in their new stadium, implying the crowd is going to be revved up. Recall last season in week two when the Minnesota Vikings played one of their best games of the year behind a raucous crowd en route to a shocking 20-13 victory over Green Bay in the first game at US Bank Stadium.

If Atlanta jumps to an early 10-0 or 14-0 lead, that may spell doom for the Packers, as their pass defense still remains largely untested even after a strong performance last week. As was the case last time these teams met, even the great Aaron Rodgers will have a hard time saving the Packers if they fall into an early hole. Keeping this game within reach and not allowing Atlanta to swell with confidence by spotting them an early double digit lead is important if the Packers wish to secure a victory this Sunday night.

There’s a reason many consider Rodgers to be one of the best, if not the best quarterback in the NFL. He has the ability to impact games more than anyone else in the league. As simple as it sounds, allowing Rodgers to play his game will be one of the deciding factors in who wins this game. Establishing a pace with low-risk, short, quick throws to the outside to Davante Adams and Jordy Nelson and underneath slant routes to Randall Cobb will be important in order to build Rodgers’s confidence and keep the defense on its toes. Allowing Martellus Bennett to establish a presence in the middle of the field will also be very beneficial to the Packers passing game. If Rodgers can’t get going right off the bat, it may be too little, too late for Green Bay by the time he does.

This Falcons offense is nothing to mess around with, despite the fact they were held to 23 points playing the Chicago Bears last week. Going three and out and not moving the ball will only give them more opportunities to put points on the board and wear out the Packer defense, which will surely spell doom for Green Bay.

When Atlanta has the ball, they will be tough to stop. No matter how good the Packers defense was last week, this is a new animal. Not only does Atlanta have a stronger offensive line than Seattle, but they have far more weapons to account for.

Led by reigning NFL MVP Matt Ryan, the Falcons offense has plenty of weapons to work with. Julio Jones, Austin Hooper, Mohamed Sanu and Devonta Freeman are just a few of the bigger names that Ryan has to work with, so it’s safe to say that Green Bay will have it’s hands full on defense.

As with most shootouts, one turnover by either team can vault the other team to victory by providing an extra possession. It’s no secret that Atlanta will put up a lot of yards and points, barring another surprising defensive performance by Green Bay. Whether it be an interception, fumble, muffed kick or other, it is critical that Green Bay forces at least one turnover in this game to give Rodgers another possession and the Packer offense an advantage, and it is equally critical that Green Bay doesn’t give that turnover back. Miscues on Green Bay’s end will prove costly against Atlanta’s offense, so the Packer offense will have to take very good care of the football.

Ultimately, anticipate a close, high scoring football game that will not disappoint under the lights on Sunday Night Football, welcoming in Atlanta’s new stadium with an entertaining football game.