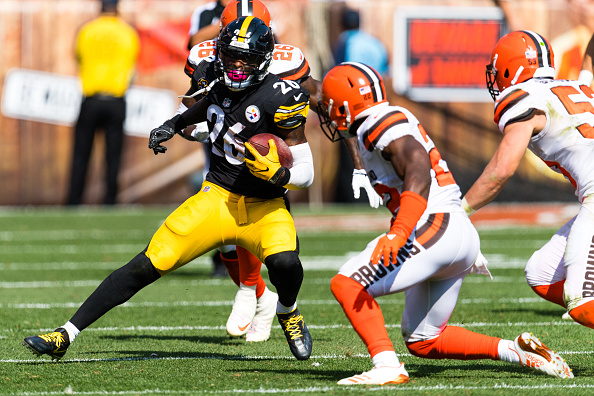 The Pittsburgh Steelers head home this Sunday to take on the Minnesota Vikings following a lackluster performance in week one. They need to clean a few things up before playing a much better team this week. There are reasons to feel optimism for the season ahead, as the Steelers go through the process of finding their identity. They have their weapons back on offense, while the young defense has another year of experience. Joe Haden and rookie T.J. Watt have brought energy to a defense that was already on the rise. Putting it all together is the goal for the next 15 games. Week two Pittsburgh Steelers what to watch for takes a look at where they need to start against the Vikings.

Week Two Pittsburgh Steelers What To Watch For

The Steelers have the talent on the roster that allows them to beat any team in the league. ESPN rates them number one in this weeks power poll, despite an uncomfortably close win over the Cleveland Browns. They saw enough to rank the Steelers as the best team in the NFL. The Steelers want more than that though, they want to be the last team standing in February. They need to eliminate the self-inflicted wounds for that to happen, namely penalties.

Mike Tomlin‘s biggest source of irritation last Sunday was penalties, to the tune of 13 for 144 yards. They extended drives for the Browns and ended drives for the Steelers. They kept the offense from building up much momentum. The Steelers need to play clean football if they hope to leave with a win on Sunday.  The Vikings are more than capable of taking advantage of mistakes and turnovers. They must avoid shooting themselves in the foot, or the week two Pittsburgh Steelers won’t be so lucky.

Ben Roethlisberger Will be More Agressive

Ben Roethlisberger doesn’t like passive play calling, letting the powers that be know about it in no uncertain terms. The week two Pittsburgh Steelers will be much more aggressive, contrary to last week, looking to attack much more. Roethlisberger will push the ball downfield, utilizing Martavis Bryant and Antonio Brown the way they were meant to be. Roethlisberger will use the passing game to open up the running lanes for Le’Veon Bell. He never found his rhythm last week, which consequently kept the offense grounded. That won’t happen two weeks in a row.

Last week was an aberration for Bell, having nothing to do with missing training camp. Let’s be clear about that. The entire offense was out of sync. Bell had two carries for 17 yards that were called back by JuJu Smith-Schuster holding penalties. Add those two carries to his stats, and Bell averaged four yards per carry. Bell is rust free and ready for the home opener, and as a result, he’ll feast on home cooking.

The week two Steelers have dominated their home openers, winning 13 out of the last 14. The players feed off the energy radiated by the Terrible Towel waving frenzy of the 65,000+ in attendance. The healing power of the collective twirling heals their flaws and sharpens their focus, spelling doom for the Vikings. Renegade represents the final nail in the Vikings coffin. Don’t be surprised, at that point, when the spirit of Bud Grant descends upon the Viking collective. He only recourse to save them from the carnage, is urging them to come sail away with me.

The post Week Two Pittsburgh Steelers What To Watch For appeared first on Last Word on Pro Football.