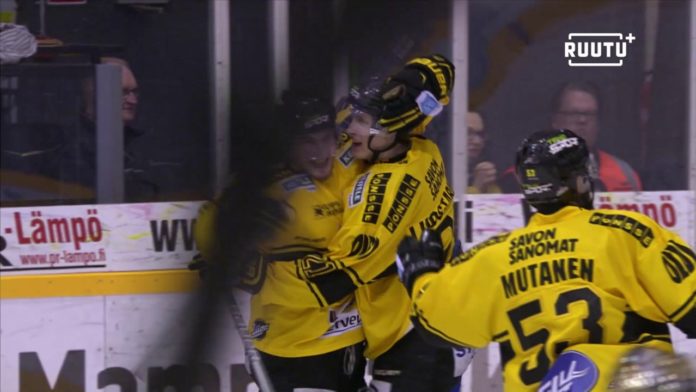 Today we bring you a draft prospect who is getting a ton of buzz across the internet, and seems to be a favorite of scouts who contributed to Bob McKenzie’s draft list, Eetu Luostarinen. Luostarinen played for Kalpa in the Finnish Liiga this season, finishing with three goals and seven points as an 18-year-old in Finland’s top men’s league. He also spent time in Finland’s under 20 league, putting up 11 goals and 19 points in 23 games.

Luostarinen played just seven games for Finland at the international level, but none in IIHF tournaments.  As a result we have not seen enough game footage of Luostarinen, and are not ranking him.

However, because we strive to bring you the reader full draft coverage, we are going to quote some of what other sources have said about him and direct you to more quality pieces on Luostarinen.  In this way you can trust that we will always bring you the straight goods (as we see them) on any prospect we cover, but will also strive to not leave our readers completely out of the loop when it comes to high ranking NHL Prospects. For this reason Luostarinen is an honourable mentions (not ranked by us, but by who is getting 2nd/3rd round draft buzz that we’ve noticed)

It should be noted that this is Luostarinen’s second time eligible for the NHL Draft, and he was passed over last year. He was also part of a strong Kalpa Squad that made it all the way to the Liiga final before losing.

Report by Craig Button: “Has developed nicely as a very determined, good skating centre who can play two ways.”

Eetu is a big forward who is capable of playing all three forward positions. He has excellent skating ability, especially for his size. His first few steps are quick and get him up to his top speed which is nothing short of impressive for a forward just under 6’03”. He likes to challenge defenders in one on one situations and showed skill that quickly boosted him to the top men’s league in Finland. When the game slows down his hockey sense takes over and he shows intelligence to get into position and reads the play well.