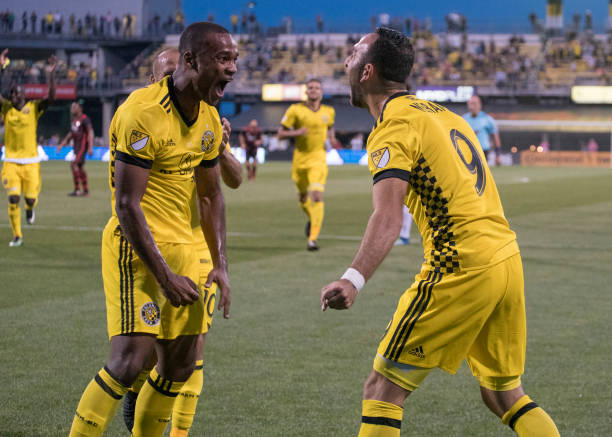 Via Last Word On Soccer, by Tyler Fisher

Well, it’s finally happening. FC Cincinnati (USL) will host Columbus Crew SC (MLS) in the fourth round of the US Open Cup. Talks about an Ohio Derby between the two clubs have emerged recently if FC Cincinnati were to be granted an MLS Expansion bid.

For now, they’ll settle with meeting in the nation’s oldest single elimination soccer tournament. Established club will meet new kid on the block in the fourth round of the competition next week.

News broke that Columbus would play FC Cincinnati after their 3-0 win over the 2016 MLS Cup champions Seattle Sounders last Saturday. It was confirmed once Cincy knocked off Louisville City in the third round of the U.S. Open Cup. This is a game that they were waiting for.

Once Crewville found out their opponent for the tournament, supporters were right on the jump, figuring out how to purchase tickets. One supporter even worked on getting a bus trip down to Nippert Stadium for the match. Once tickets went on sale, Crew SC supporters went crazy.

A Fourth Round showdown in the 2017 Lamar Hunt U.S. Open Cup is set for June 14 in Cincinnati.
🏆🇺🇸 https://t.co/6roZV7pYBi pic.twitter.com/jUZcy2tzph

How Many Traveling Supporters?

FC Cincinnati, the current tenants at Nippert Stadium, opened up one section for traveling fans. Within a day, those seats were sold. FC Cincy staff opened up another section for the Black and Gold faithful, and that too sold out. A third — yes, a whole other section — opened up and…well, you get the point. It appears that Crew SC supporters will occupy four sections for this match.

If calculations are correct, and all seats in all four sections are purchased, over 1,100+ Crew SC supporters will be making the two-hour drive from Columbus to Cincinnati.

According to the Twitter page ‘@NorOnTour,‘ there are still 17 spots left on the bus down. It’s pretty much guaranteed those will be gone soon. By the sounds of it, there may be two buses going down, but it may just be the one.

We’re experiencing EXTREMELY high call volume and traffic on our website for tickets to our #USOC2017 match. We’re working to get to you! https://t.co/yeJvbJ6ZAu

In addition, ‘The Bailey,’ the main supporter group area for FC Cincy supporters has also sold out.

The modern era attendance record for this round was set when Real Salt Lake played a then NASL side Minnesota United FC. That match saw 17,212. Columbus versus Cincinnati could potentially break the record.

The match is set for Wednesday, June 14. Kickoff is scheduled for 7:00 pm EST from Nippert Stadium in Cincinnati, Ohio.