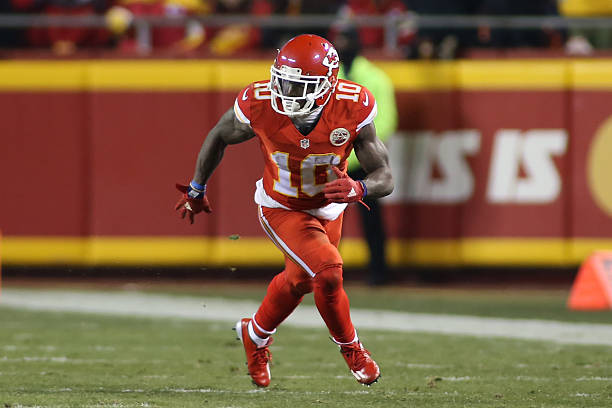 If you have missed past implications of success, catch up now! Quarterback – Offensive Line

Investing in the stock market is all about timing. Anyone can invest in a growing company after it has hit, but that does not make you great. Putting Apple in a portfolio today is smart and standard. Putting Apple in a portfolio 20 years ago was risky, but it made great investors. Success on Wall Street comes by analyzing a stock, and having the foresight to buy, sell, or maintain. And the most successful Wall Street investors are those who take risks.

NFL coaches, like investors, need foresight to build their rosters. Anyone can sign Peyton Manning 15 years into his career and look smart because it was the clear investment to make. However, it takes foresight to bring in a battered quarterback and resurrect his career to franchise level. Legendary NFL coaches take calculated risks and have exceptional foresight. Tangential to success is risk and breaking out of the box.

Andy Reid and John Dorsey are taking a huge risk this year with the Kansas City Chiefs wide receivers. But, for them to succeed in 2017, the investment has to occur now. Like successful investors, it is about putting the money into a company at the right time. To everyone else, it looks risky and inane. But, inside of that room, it is foresight based on analysis and a bit of risk. After cutting Jeremy Maclin last Friday night, Chiefs management has made it clear they are investing now into their young receivers now based on veteran foresight.

Composing the Chiefs receiving corps is a plethora of young talent with potential waiting to burst. The 2017 theme of competition will permeate every part of this Chiefs wide receiver room. There is no clear favorite for a first slot. Tyreek Hill is a favorite due to his raw talent, but might he be better used lining up as a split back or receiver. De’Anthony Thomas and Albert Wilson are the veterans in the room, but neither stand above 5’9”. Add on top of that Thomas is a special teamer and Wilson has struggled with consistency. Then there are the younger more traditional receiver bodies in Chris Conley and rookie Jehu Chesson. Yet, the problem of youth arises in both.

In laying out the Chiefs receiving corps, three things are going to occur. First, competition. Second, a surprise. Third, Tyreek Hill and Travis Kelce are going to be the main targets. Hence, the Chiefs offense is going to look different in 2017.

Conley, Chesson, Hill, et al are going to have to become a band of brothers in 2017; a band of brothers that will push each other on the field and force greatness. If things get a little on edge at times, that is a good thing. The Chiefs need the competition to show who will be willing to take the biggest steps.

Doubt that Andy Reid knows what he is doing? Look at the Northwest with Pete Carroll and the Seattle Seahawks wide receivers when they took roots in 2012. Doug Baldwin and Jermaine Kearse were just NFL babies at that point, but they pushed each other and now sufficiently fill their respective rolls.

The Chiefs overt reliance upon Jeremy Maclin may have hurt them more than help. On Thursday, Andy Reid gave a quote that is intriguing in retrospect.

“The young guys are getting better. In this day and age of professional football, young guys have to play. You’ve got to get them incorporated in there and they’ve got to be a part of it. That’s how this works with the salary cap and how that thing is situated.”

The quote was about the young players as a whole, but it gives evidence Reid and his coaching staff are ready to buy into the youth of the team now. This unit of receivers will push each other and become better now that they do not have a veteran to rely on.

With the competition, one receiver will rise among the rest as the dominant leader. Doug Baldwin was that guy for the Seahawks. So who will that be for the Chiefs?

Talent wise, Tyreek Hill will have the most production. As far as traditional receiving, the battle ought to be between Chris Conley and Jehu Chesson. Tyreek Hill has a special talent that allows him to move around the line of scrimmage. His size prevents him from going directly over the middle, but that disadvantage also grants him athleticism to play as a scat back or wide out.

Hill’s talent is self-evident and will be a mainstay in the Chiefs scheme. What is not self-evident is the talent of Conley and Chesson to line up as Alex Smith’s go to target on traditional passing routes. In his heart of hearts, Reid will still stick to his diverse west coast offense and needs a receiver who can fulfill the more traditional routing options.

The surprise player is Conley. Although he has not produced at great lengths these past two seasons, he has had time to understand the scheme and become a veteran with the playbook. His 4.35 40-yard dash grants him the potential to work down field, and body size allows him to cross the middle.

The breakout of Tyreek Hill in 2016 saw insights into what a different Chiefs offense would look like; an offense that runs through explosive plays and looks for non-traditional ways to scheme against defenses. With Maclin’s departure, the receiving corps is going to take a different look.

The first change will be a bigger role from Tyreek Hill. As mentioned before, he will have the most production. Lining up as a wide-back, Hill will be able to get targets on screens, deep routes, or the occasional out right. For this to succeed, Hill needs to hit 800 yards receiving and 500 yards rushing.

Chris Conley and Jehu Chesson (with Conley as the favorite to win this job) will feature as the more traditional receiver. Conley will see a complete route tree in terms of targets, with more options in the curl and middle routes. Regardless of who takes the traditional slot, this receiver needs only 700 yards.

The Chiefs will need a third receiver to work in a minor second slot role and get 500 yards receiving. Between the traditional receiver slot and the third target, the bigger sign of success will be a combined ten touchdowns. Although the yardage may not be there, Alex Smith needs a second big target in the offense. Realistically this will be Chesson. The surprise candidate receiver will be Demarcus Robinson.

Teaser alert: Travis Kelce will be the most productive and reliable receiver on the Chiefs and their 1,000-yard man. Tune in next week for implications of success regarding the Chiefs tight end group.