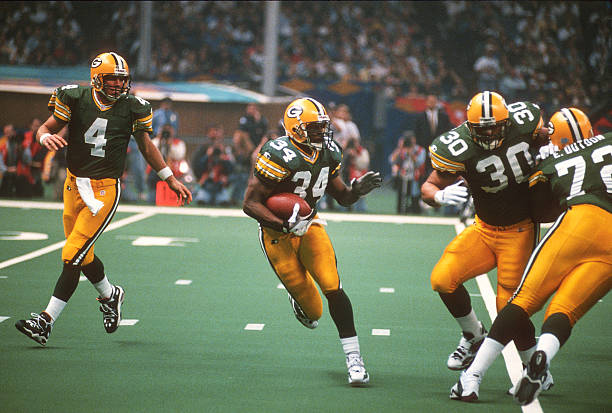 Via Last Word On Pro Football, by Christina Reid

Did you watch the draft? 9.2 million of us did, at least the first round. And as soon as it was over came the pictures of the rookies’ first purchases – cars, homes and so on. Rookie seasons are full of firsts, and they should be full of joy. Some of these “kids” come from homes where they (and their families) haven’t had much of anything. It’s obvious they’d want to buy some nice things when there’s finally money beyond the next meal. You’d be happy, too, if you’d worked so hard towards one thing, and now you’ve reached that goal. Not to mar their joy – they’ve deserved a day of “frivolous” spending – but here’s something they should know: according to Forbes, 80% of NFL players are broke three years after retirement. So how can rookies go about planning post-football careers?

The Not So Great Side of Retirement

Can anyone really prepare for retirement becoming reality too soon, and unexpectedly? Nobody expects to be the next Sterling Sharpe, Johnny Jolly, Terrence Murphy, Nick Collins or Jermichael Finley. None of them retired by choice, but rather, unexpectedly and as a result of an injury. Add to this that transitioning from football, even to “chosen retirement,” isn’t necessarily an easy thing. We’ve all seen the horrific suicide rates among retired athletes. Although Green Bay has been largely spared, the team has not gone entirely unscathed. For example, Craig Newsome dealt with depression and addiction after retirement, while Chester Marcol’s addictions began while he was active. Marcol attempted suicide by drinking a mixture of battery acid, rat poison and vodka. Fortunately, the attempt was not successful. Either way, whether it’s addiction, chronic pain, or brain injury (or all of the above), they hamper a player’s ability to have a successful second career.

The Bad News: A Not So Long Career

Whether by choice or by accident, suddenly, there you are, without a team. There is no coach, there is no routine. And there is no pay cheque, no signing bonus. For this reason, players have to plan ahead. To some extent, it’s about being aware that careers are finite, and to plan finances accordingly. It’s one thing to be a Julius Peppers and make $1 million or more for 15+ years. Then you can spend like money is going out of style. The average salary, though, is $750,000, and the average career is only four years long. $3 million can stretch a long way if you assume that’s all the money you’re ever going to make. But try telling that to a 23-year-old rookie who wants to buy his mom a car.  Try telling him to invest in his future, right as he arrives at the goal line.

So what has worked in the past? What have other retired Packers done that’s kept them out of insolvency? The answers are many, and varied. Many continued in sports in some capacity. George Koonce and Edgar Bennett found careers within the Packers organization. Mike Prior serves as youth football commissioner for the Indianapolis Colts, and Don Beebe founded House of Speed. As for Sterling Sharpe, well, he might actually be better known for his career as an analyst on the NFL Network than for his Triple Crown NFL career at this point. Jermichael Finlay, along with fellow Packers A.J. Hawk and Randall Cobb, have signed up with D1 (a sports training facility). Ken Ruettgers built a career counseling and transition program for professional athletes. Then there are a number of players who have become coaches on a variety of levels and in a variety of sports.

But a second career doesn’t have to be in sports. And even if it is, alumni don’t have to put all their eggs in one basket. Case in point, again, George Koonce. In the 1990s, Koonce spent his Packers salary on a 72-unit apartment building. That investment became the foundation of Koonce Properties, a company which rents out apartments, duplexes and single family homes. Then he became the Packers’ director of player development, followed by taking an administration position at Marquette University. While property management might not be everybody’s passion, it is a way to put your salary to work for you. And it’s an example of what players can do with that education they got in college. They were drafted out of a college or university, after all. Presumably some of what they learned can be used once their football career is over.

The league, private organizations and the NFLPA are aware that there are issues. There are now special life insurance plans, post career medical packages and the like. The NFLPA offers the Former Player Life Improvement Plan. The plan is designed to help former players defray some of the medical costs of joint replacement surgery. Then there are programs rookies can join immediately, well before they retire. These include savings plans where a player can contribute money into a 401(k) plan beginning in their first season. Such programs are designed to prevent players needing to blow through their savings three years after they retire. There are also programs such as the NFL Transition Assistance Program, second career savings plans and tuition assistance plans. Designed to help with education towards that second career, provide general advice, and to build that nest egg, they help steer players towards continued success after retirement.

The Good News: We’re Getting Better at This

And so we watch new players jump for joy at being drafted, see the relief on their faces. We watch their parents hug them and beam with pride. Of course we wish them well, and of course we don’t want to rain on their parade. We hope that they won’t become one of those statistics, yet another bankrupt player. Yet another injured, addicted, depressed retired player. Heaven forbid, another Junior Seau. And it is getting better. This year’s rookies are better equipped, better armed, than previous years. They’re better protected both on and off the field now than, let’s say, 20 years ago. Admitting that injuries happen plays a role here. So does identifying other causes of these terrible statistics. Of course there is more work to be done. It’s a start, though, and it’s the retired players themselves who lead the way by being role models to new recruits.