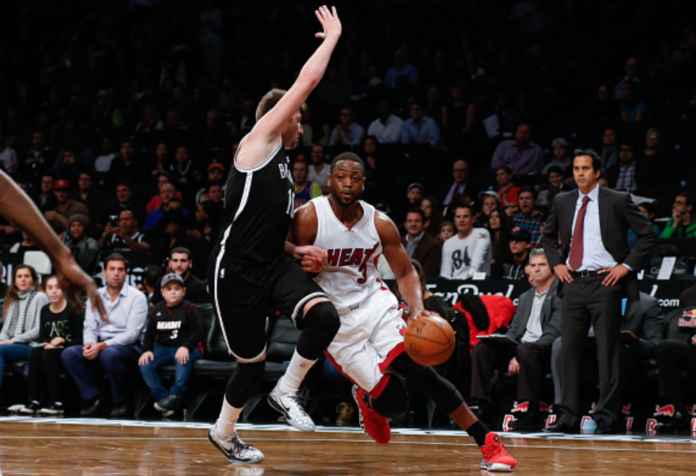 Last season, the Chicago Bulls disappointed and surprised many by missing the playoffs for the first time since 2008, and this was a signal that it was time for change. With multiple players being put in bizarre roles, and injuries yet again holding back their team, the Bulls needed an identity change, and needed to remove all baggage from their roster; they removed this baggage through free agency, but most notably through the trade market.

The Much Improved Chicago Bulls

The End of the Derrick Rose Era

The Bulls made the blockbuster move of the summer by trading away franchise point guard Derrick Rose to the New York Knicks. They traded Rose, guard Justin Holiday, and a 2017 second round pick to the Knicks, and in return received center Robin Lopez, and point guards Jerian Grant, and Jose Calderon.

Rose will be an unrestricted free agent next summer, and the Bulls felt that now was the time to part ways with him. While he played in a good chunk of games last season, Rose’s inability to stay healthy, and produce consistency since his 2011 MVP campaign, led to the Bulls deciding to officially cut ties with him. He was the face of the franchise throughout his entire tenure with them, and losing him will be tough to swallow, but they did receive a nice, under the radar haul back from the Knicks for him.

Robin Lopez Will Provide Much Needed Assistance and Durability

The key piece in the Rose deal from the Knicks was center Robin Lopez. Lopez, while not  star, really came into his own last season as a two way threat; he is a defensive backbone, a rim protector, and has developed a low post game; he’s also one of the more durable players at his position. Lopez played and started in all 82 games for the Knicks last season, and his durability is something that Bulls shouldn’t take for granite.

Over the last two seasons, center Joakim Noah struggled to stay on the court, due to an inability to remain healthy. Noah, like Rose was the heart and soul of the Bulls franchise, but at this stage of their careers, Lopez is better than Noah; he is more durable, a better offensive player, and is almost, if not just as good as Noah defensively.

Rajon Rondo: the X factor of the Chicago Bulls

After they traded Derrick Rose to the Knicks, the Bulls had a gaping hole to fill at point guard. They filled that hole with former Boston Celtics, and now former Sacramento Kings guard Rajon Rondo; Rondo inked a 2 year/ 28 million dollar deal.

The 30 year old Rondo bounced back very nicely last season, after what was a disaster of a season with the Celtics and Mavericks in 2015. He led the NBA in assists and filled up the stat sheet in a numerous amounts of ways.

Rondo has a lot to prove this season with Chicago; he needs to prove that his productive season wasn’t due to being on an underperforming, non-contending team, and that he can play with with players not named Kevin Garnett, Paul Pierce, or Ray Allen. The last two years, Rondo has in a way, been exposed by being the only star on his team, especially after the Celtics traded Garnett and Pierce to the Brooklyn Nets; however, Rondo appears to be on a better track.

He has returned to being the assist machine, and playmaking guard everyone is used to seeing him as, and his new backup Jerian Grant will be able to fill in for his defensive flaws. Grant, is a very reliable defensive player, and also has the potential to be a consistent offensive playmaker in this league. In recent years, Rondo has been labeled as a coach killer, and someone that is difficult to play with, but being paired with a veteran star, such as Heat guard Dwyane Wade, will be good for him.

In the most stunning move of the free agent period, long time Heat shooting guard Dwyane Wade left the Miami Heat to join his hometown Chicago Bulls on a 2 year/ 47 million dollar deal. Wade, while on the back nine of his career, still has a lot of great basketball left in him. He is still a top five shooting guard in the NBA, a lethal scoring weapon, and one of the better defensive guards in the league. Wade leaving Miami was the biggest stunner of the summer, and he will be motivated to play well to show Miami that they were wrong for not paying him the money that he deserved.

Playoff Aspirations, and Then Some

This offseason was a time of change for the Chicago Bulls. By trading away franchise point guard Derrick Rose, and letting franchise center Joakim Noah leave in free agency, the Bulls identity has changed; however, it is for the better.

Over the last five seasons, Rose wasn’t able to prove that he could consistently stay healthy, and the Bulls were able to a get a reliable, durable, and two way center in Robin Lopez. Lopez’s game is a better fit for this Bulls unit than Noah was, and from that standpoint, he is an upgrade; the same goes for Rajon Rondo. Rondo, is a better fit than Rose with now face of the franchise Jimmy Butler, and newly acquired Dwyane Wade because of his playmaking abilities, most notably, his passing ability; Rondo led the NBA in assists last season. Wade will provide another lethal scoring option out on the perimeter with Butler, and he’ll be playing with a chip on his shoulder.

This Bulls team is a new and improved team that should be able to make a playoff run this upcoming season.