The seemingly rapid hiring and firings of football managers is a much-debated issue in modern football, and most of you will already have a definite answer and I’m sure it isn’t the one beginning with ‘y’.

The statistics certainly back up the claims that in England, at least, club chairmen all too easily press the panic button when their teams’ results aren’t satisfactory enough. According to the League Managers’ Association (LMA), a record 29 managers in the top four divisions were sacked or have resigned in the first half of this season (up until 31st December 2015). This is a figure which has risen steadily over the past five seasons and is on pace to break the single-season record set in 2001-02, when 53 managers lost their jobs.

Also included in the data was the average tenure of all current managers for each division. Surprisingly (or not), the Premier League had the longest with an average spell of 2.13 years for each boss. League Two was second with 1.63 years, while each Championship and League One boss have averaged 1.37 and 1.17 years, respectively.

What are the factors behind these alarming numbers? Ultimately, to use an already well-worn cliché, football is a results business, and the demand for instant success on the pitch can put massive pressure on these individuals, regardless of their record at that club or elsewhere. Take Garry Monk for example; he was dismissed by Swansea City last month after a run of one win in eleven matches, just seven months after guiding them to their highest league position in 33 years. That may seem slightly harsh, given his eleven years of loyal service at the club as a player and a manager, but few people were surprised, which is indicative of the cut-throat world of modern football.

A side note from all of this is that Monk is one of eight first-time managers to have lost his job in the first half of this season, and the average tenure of the 29 managers dismissed in the first half of the season was only 1.58 years. This suggests that managers (particularly new appointments) aren’t given enough time these days to learn their craft at a particular club and, more importantly, gain valuable experience and learn from their mistakes.

One club that opted for experience with their latest managerial appointment was Sunderland. Sam Allardyce is the Black Cats’ sixth permanent manager in the last five seasons after replacing the even-more-experienced Dick Advocaat in October, which also means the club haven’t had the same manager for a full season since 2010-11. As expected, this revolving door policy for appointing managers hasn’t produced long-term improvement on the pitch with Sunderland in a seemingly never-ending battle to beat the drop.

Rapid turnover of coaching staff isn’t always a bad thing. Watford had four managers last season, including three in one month, and still found a way to secure automatic promotion to the Premier League, which could be down to the collective character of the playing staff. They changed their head coach again over the summer with the appointment of Spaniard, Quique Sánchez Flores. They currently lie a respectable 12th in the league table, despite a recent dip in form.

For many, though, stability is the key to success. Arsenal have finished in the top four in every season under the Premier League’s longest-serving manager, Arsène Wenger, even though it’s nearly 12 years since their last league title. Stoke City, on the other hand, have had only two managers in nine-and-a half years and are battling for a Europa League spot at the moment under Mark Hughes, which is a testament to giving managers a chance to build their own team.

In any other line of work, the constant hiring and firing of high-level members of staff wouldn’t create a very sustainable business model, but football is unique given the huge spotlight that managers are put under and the pressure to succeed from fans, the media and the board. Success can turn to faliure very quickly and heads are often on the chopping block, but that seems to be the norm these days, whether we like it or not. 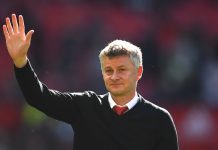