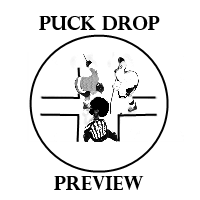 Welcome to Puck Drop Preview 2015-16, where our hockey department gives you a detailed look at each team from around the NHL leading to the start of this hockey season and offers our insight and analysis. Makes sure to stick around until the end of the series, where we’ll offer our full predictions for the standings in each division, and eventually our collective LWOS 2015-16 Stanley Cup pick. You can check out all our articles on our Puck Drop Page. Today we continue the series with the Dallas Stars.

After making the playoffs via a wildcard spot in 2013-14, the Dallas Stars missed the playoffs entirely last season as they finished second last in the Central Division. The Stars were among the league’s bottom third in penalty kill percentage (80.7%) and goals against average (3.13). Their power play was not great either, however, the Stars were the second highest-scoring team in the league, averaging 3.13 goals per game.

The Stars also made a few moves along the way. They dealt Erik Cole and a conditional 3rd-round pick to the Detroit Red Wings for defenseman Mattias Backman, forward Mattias Janmark and a 2nd-round pick. The Stars also acquired Jason Spezza and prospect Ludwig Karlsson for forwards Alex Chiasson, Alex Guptill and Nicholas Paul.

Jamie Benn also flexed his skills, scoring 87 points, enough to take home the Art Ross Trophy at the end of the season. Seguin followed close behind him with 77 points and the two stars, no pun intended, found chemistry both on and off the ice. Spezza also tallied 62 points.

The Stars have had a pretty important offseason, mainly because they added veteran, two-way forward Patrick Sharp, who will perfectly slide into their top six. Sharp played 68 games with the Chicago Blackhawks last year, potting 16 goals and 43 points, and went on to win his third Stanley Cup. The Stars also received defenseman prospect Stephen Johns and sent back forward Ryan Garbutt and defenseman Trevor Daley.

At the draft, Dallas selected winger Denis Gurianov, out of Russia, at 12th overall.

This might be one of the most dangerous lines in the world. We didn’t get to see much of Valeri Nichushkin last year, as he played only 13 games between the NHL and AHL due to injuries. However, he should be a big addition to the Stars offense this year. In his rookie season, he put up 14 goals and 34 points and playing with two of the league’s most talented skaters should help him get back into a rhythm.

As for Seguin and Benn, there is no debating how exciting it is to watch them play. When they get going, no defenseman can slow them down. Benn, 26, scored more points than anyone else in the NHL last year and has established himself as one of the league’s premier goal-scorers. Seguin, only 23, is just as talented and has yet to reach his full potential.

Player on the Rise

The Stars have a lot riding on 23-year-old defenseman Klingberg. After trading Daley, a veteran blueliner, to the Blackhawks, the Stars have a gap in the back end, and Klingberg will have to fill it. Offensively, there shouldn’t be anything to worry about. Last season, in his rookie year, he recorded 40 points in 65 games whereas Daley managed 38 points. It is his defensive game that Klingberg will need to improve. If he fails to embrace a top-two role, the Stars could face issues this season.

Player on the Decline

32-year-old right-winger Hemsky could still have a productive season in 2015-16. He scored 11 goals and 32 points last year, and he plays a strong supporting role in Dallas. However, his points-per-game average has taken a serious fall in the last couple of years. Hemsky is also battling with a bad hip that could potentially get worse as this season progresses. With a $4 million cap hit, it could be likely that he gets moved sometime this season.

The Dallas Stars will probably end up as one of the highest scoring teams in the league. By adding Sharp, the Stars did a good job adding to their already lethal group of forwards. The team will also have Nichushkin, who was hurt for the majority of last season, in their lineup this year. As long as he can stay healthy, he will be another exciting addition to the Stars offense. Linemates Benn and Seguin will also be among the league’s top goal-getters this season. Klingberg will also weigh in on the Stars offense. With more minutes afforded to him this season, you can bet he’ll put even more points up than last season.

The battle between goaltenders Antti Niemi and Kari Lehtonen for the starting position should be interesting to watch this year. Between the two of them, the Stars should have nothing to worry about between the pipes. However, the team needs to collectively get better defensively. The Stars need to improve on horrific team stats from last year, including goals against and the penalty kill. Looking at the Stars chart, there is no one to anchor the team defensively.

As far as the playoffs go, the Stars may need a few lucky bounces this season. The Western Conference is looking even tougher than last year, especially the Central Division. However, the Stars could battle it out for a wildcard spot.