Four summers ago the NBA landscape flipped upside down. There was a new big three in the league, and whether you liked them or not, you had to be intrigued by them.

They consisted of Miami Star Dwayne Wade, former Raptors forward Chris Bosh, and the biggest one who’s also known as “The King”, LeBron James. The three of them seemed combined in the quest of a championship. Because of that, right from the get-go this team had huge expectations. Many people talked dynasty before they even played a game, and rarely, if not never, did the Hat enter the court wihtout the favorite status. For such a long season, that status can be a real burden.

The past four years, however, were successful for the Heat. Some may want to argue with that claim, but winning two championships and going to the finals all four years they were together can only be classed as a success, regardless of a team’s roster.

Now four years later the Heat’s big three is past. Wade and Bosh still remain,  but LeBron, who without doubt was the leader of the trio, has decided to back home to  Cleveland and try to win a championship alongside young and talented point guard, Kyrie Irving. Achieve what he failed to do in the past with the team that drafted him in 2003. 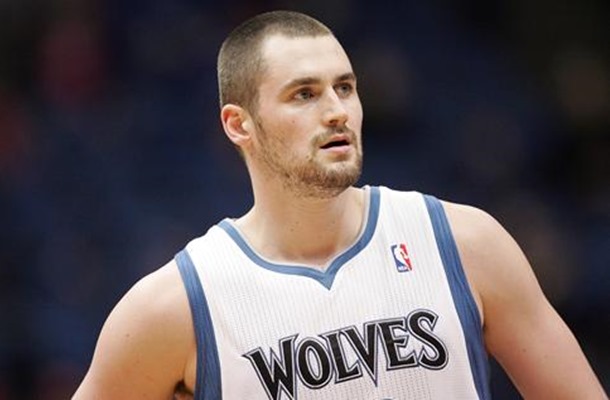 Within the past couple weeks there have been rumors of a new big three assembling in Cleveland. The Cavaliers are looking to trade first overall picks, Andrew Wiggins and Anthony Bennett, to the Timberwolves for All-Star Power Forward, Kevin Love.

This trade has not happened yet because the Cavaliers are not allowed to trade Wiggins until 30 days after they had signed him. However, it is more than likely that it will occur around the 23rd August.

If Love does in fact go to Cleveland, and the new big three is assembled, could this trio be better than the Heat’s that was in the Finals just last season?

First let’s compare Dwyane Wade and Kyrie Irving. In the season before they teamed up with LeBron, Wade averaged 26.6 points per game while Kyrie only averaged 20.8. Wade is in his 30’s now though and his stats have steadily declined because of injuries. Kyrie is only 22 and has only played three seasons so he has a lot of time to still play at a high level, while Wade may only have a few more years left in the NBA.

Now let’s compare LeBron then, and LeBron now. He was and still is a top scorer, and he has always been a great passer and good rebounder. He has become an even better shooter by increasing his field goal percentage from 50% before Miami to 57% last season. Statistics have stayed pretty consistent for LeBron throughout pretty much his whole career. Maturity is what is different about him now. Before Miami he had not yet been a champion, now he is a two-time champion. He now has a better basketball IQ and he knows what it takes to win in the post season. So many would agree that he is a better player now going into this season with the Cavaliers than when he was going into his first season with the Heat.

Now that the comparison’s have been looked at I think the Cavalier’s big three has a chance to be much better than the Heat’s. The Cavaliers have Kyrie Irving who is younger, healthier, and a better passer than Wade; so he won’t have any problem getting LeBron and Love the ball. They have Love who is a much more efficient scorer and rebounder than Bosh. Bosh would play games in the playoffs and not score a single point. I do not see Love under-performing like that. Lastly they have a more Mature LeBron. He’s not just more mature he is a Champion, which is the biggest compliment in the NBA.

The rest of the NBA better watch out because the Cavaliers will be looking to dominate for a while. They have youth and talent on their side and can potentially be one of the most dominant teams of all time.

For more on sports injuries, check out our friends at Sports Injury Alert.

Give the Eskimos their Due
2014 Texas A&M Schedule Analysis: Games 7-12