Welcome back to Puck Drop: NHL Preview 2013-14, where our hockey department gives you a detailed look at each team from around the NHL leading to the start of this hockey season.  Check back often as new teams are added to our Puck Drop page.  Today we take a look at the 2013-14 Phoenix Coyotes. 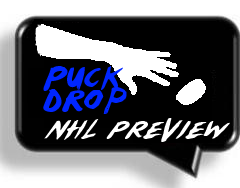 On the ice, hopes were high for the 2013 edition of the Coyotes. After all, the team was fresh off of it’s first ever Pacific division title and Western Conference Final appearance. However, things didn’t really turn out that way, as the team once again struggled to score goals and missed the playoffs for the first time under coach Dave Tippet.

Offensively, the Coyotes were actually led by a defenseman in the form of Keith Yandle, who managed 30 points in 48 games. That’s a good total for a blueliner, but it points to the dearth of scoring talent in the lineup. Radim Vrbata was the highest scoring forward with 28 points in an injury-shortened 34 games. Contributing to the offensive struggles was the loss of the team’s leading scorer from the previous year Ray Whitney, who left via free agency. Still, the Coyotes weren’t much of an offensive threat the year before either, so what was the difference?

Goaltender Mike Smith was a revelation in 2011-12 and had a remarkable season that saw him finish 5th place in voting for the Vezina. Unfortunately, he couldn’t seem to match that performance last year, and the netminder saw his numbers regress somewhat dramatically. If you’re a team that struggles to score and your goalie can’t keep you in enough games, it’s not surprising when you find yourself outside of the top eight by season’s end. Add to that the drama and paranoia of a team in ownership limbo, and it’s a recipe for disaster. Ultimately the Coyotes finished 10th in the West and 21st overall.

I won’t bury the lead here, the biggest story for the Coyotes (and perhaps one of the biggest stories anywhere in the hockey world this summer) was the sale of the team to IceArizona Acquisition Co. LLC, a group headed by George Gosbee and Anthony LeBlanc. After four years of questions and relocation rumors while under league control, the team finally has some stability and the peace of mind that brings to the locker room is already evident. The new owners have stated that they have confidence in the market and are willing to do what it takes to make hockey a success in Arizona.

As far as the roster was concerned, it was a relatively quiet summer for the Coyotes. They did manage to grab Mike Ribeiro in free agency, and he should give the offense a pretty good boost. Ribeiro had one of his best NHL seasons last year when he scored 49 points in 48 games. Even though he’s now 33 years old, the center is expected to produce and give a little more offensive punch to the lineup. They also acquired back-up goalie Thomas Greiss and depth players Tim Kennedy and Brandon Yip, however losing third line center Boyd Gordon is going to sting a little bit.

They also resigned a few of their own free agents, most notably Smith to a six year, $34 million deal. That’s a fat contract for a player that struggled at times last season, so the team will certainly expect a bounce back year from him.

Though I haven’t mentioned him yet, Oliver Ekman-Larsson might be the best player on the Coyotes roster. The 22-year-old defenseman has been improving each season, and many around the league are looking at him as a potential Norris nominee in the near future. Ekman-Larsson is an incredibly skilled defenseman on both sides of the puck, and I wouldn’t be surprised if he reaches that upper echelon as soon as this season.

Also keep and eye on Vrbata. In addition to his 28 points last season, he also picked up 62 points in 77 games the year before. Vrbata will play a crucial role providing offensive depth for the team and he may be another beneficiary from the addition to Ribeiro to the lineup.

Which brings us finally to the team’s big free agent signing. Ribeiro instantly becomes the go-to guy on offense for the Coyotes and it will be interesting to see how big his impact will be. As I noted earlier, Ribeiro is an excellent playmaker who should instantly boost Phoenix’s power play. Not to put too much pressure on him here, but Ribeiro will be crucial to the ultimate success of the Coyotes this season. Definitely a must-watch player.