The Boys at the Hammer feature weekly coverage of all things MMA. They have one of the premier radio shows in the world of MMA broadcasted weekly on Wednesday nights on 93.3 FM, CFMU. You can hear this week’s show here: Hammer Radio 149. 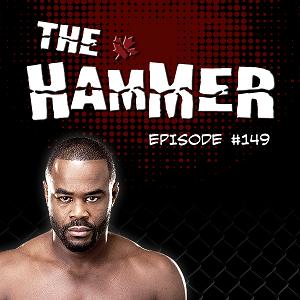 Greg is finally back from Australia, and it’s just in time for our wackiest show in a while. First we catch him up on what he missed in the MMA world while he was gone. It takes about ten seconds.  Then we preview this Saturday night’s entire UFC 161: Evans vs. Henderson card.

We also have a quick word with UFC fighter Yves Jabouin, recap last weekend’s fun UFC on Fuel submission-fest, and wonder how the World Series of Fighting 3 show featuring Jon Fitch will do this Friday night.

They continue to bring unparalleled, independent coverage of all things MMA to fans of the sport and they always bring you straight goods and the last word.