The Boys at the Hammer feature weekly coverage of all things MMA. They have one of the premier radio shows in the world of MMA broadcasted weekly on Wednesday nights on 93.3 FM, CFMU. You can hear this week’s show here: Hammer Radio 148. 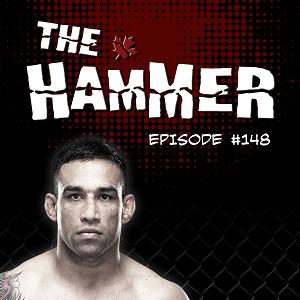 UFC on Fuel 10: Nogueira vs. Werdum is happening this weekend, and you may not know that because it’s the finale show to The Ultimate Fighter Brazil 2 reality show that no one seemed to watch. Fortunately a strong main event and some solid prospects on the undercard give us something to talk about.

There’s also a ton of interesting news including Bellator signing of Quinton “Rampage” Jackson, the continuing saga of Shogun vs. Sonnen, big changes to the UFC’s marijuana-testing policy, and a whole bunch of intriguing new fights have been signed.

They continue to bring unparalleled, independent coverage of all things MMA to fans of the sport and they always bring you straight goods and the last word.