It is not often that Auckland fans read the statement ‘Blues beat Crusaders’ yet by Sunday evening, that might be headlining the 6pm news (maybe it could be, if the hosts defeat the visitors on March 21).

While Sunday’s game is not yet a title-deciding fixture, it is the game that every fan wished they could have seen in 2020. So now, the two sides can replay that incompleted-clash and define the first half of this year’s Super Rugby Aotearoa competition.

Scott Barrett brings his group North, and they will feel very confident away from home. Why? Because you have to go a far way back in time to find a successful challenge at Eden Park. In fact, the last 12 times it has ended in disappointment. Yet that alone does not mean anything will be repeated as Blues fans’ hold more hope and belief than at any other time in the last half dozen years or more.

Why this year? Confidence is high, the coaching staff is working in unison. Player’s are being led well, have both a collective value as much as talented individuals. All factors that could print the banner line ‘Blues beat Crusaders’. It could be the year or, it could just be Groundhog Day.

Defining though is how fans often see any Auckland v Canterbury match. Red versus Blue, Good vs Evil. Matches like this can tend to determine if the Blues are going to be a Challenger or, are just another pretender. Proven time and time again, before the northern side falls by the wayside in the past two decades.

In the harsh light of sports reality, every Auckland team gets defined by how well they do against the perennial favourites, the Crusaders. Nothing new this season but, in 2020 that was something taken away from the team – and now after nearly a year of waiting, this Leon MacDonald-coached side gets another chance to prove the clock wrong.

Predictions to the side, what the two coaches and skippers are saying is self-evident. Win here, and the favoritism goes to the victors. And MacDonald said that “We are only two games into a long season. We are working very hard every day to improve with every game,” said MacDonald. “The Crusaders are the team that all others measure their progress against, so this is that opportunity for us.

“We are only two games into a long season. We are working very hard every day to improve with every game, said MacDonald. “The Crusaders are the team that all others measure their progress against, so this is that opportunity for us.”

That opportunity was denied by Covid back in August 2020. At that point, a string of wins to the Blues meant the last round of Super Rugby Aotearoa would play-out as a competition finale. And with fans being desperate for sport when limits on crowd numbers were permitted, that was all halted when the gates were locked after a ‘Covid cluster’ broke out in Auckland. 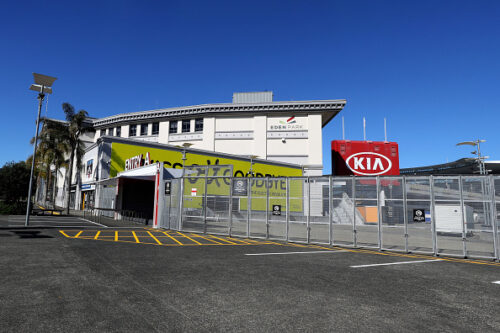 On Sunday, the gates will be flung open and will now allow fans to attend the 3:35pm kick-off. A huge crowd is expected, to follow-on from the high expectations that 2020 ended with. Then, high hopes were being used widely across the media. And now, the Blues coach is pushing that narrative hard.

That ‘the time is right’ and that the roster will compete against the Crusaders in both set-piece, as well as in the wide expanses of Eden Park.

The messages coming out of the Blues camp are all positive. Respectful of their opposition which is the barrier to the headline ‘Blues beat Crusaders’ becoming reality. Because the reality is, it is the Crusaders.

One side in the Southern hemisphere is recent years has epitomised consistency. Not as high away from home yet, when you’ve put down the last 12 successive Blues clashes, then history is on your side.

Maybe is as much that fans should expect, as a win on Saturday will take a combination of factors to fall in line: discipline, combinations working to maximum potential and, the bounce of the ball.

Take away the home field advantage, discount any recent form, it all comes down to how the 2021 Super Rugby side can perform. Maybe this Blues team writes a new chapter in the franchises story. One titled [possibly] Blues beat Crusaders but, with the proviso that it is all yet to be played out.

Even the most eager news presenter can’t yet complete that sentence until 80 minutes of rugby is played out this Sunday afternoon.