After winning promotion to the top flight of English rugby ten years ago, Saturday saw Exeter Chiefs crowned Champions of Europe. They beat Racing 92 31-27 in a hugely physical encounter at Ashton Gate. Zebo’s brace of tries and Russell’s boot were not enough to win it for the men in blue and white. They were heading into the match as a team that had lost two finals previously. They were desperate to have their name engraved on the trophy but Exeter proved too strong.

Racing began the game badly and their scrum-half  Teddy Iribaren was woeful at the beginning of the match. His kicks from hand were poor and he landed himself in trouble on numerous occasions. Racing looked tired and despite the Chiefs poor execution at the line-out, they proved why they were finalists. Their driving maul set them up for their first try on seven minutes.

Exeter continued to dominate and scored their second try on seventeen minutes where Racing couldn’t stop Sam Simmonds from bursting over from close range. However, Racing awoke and a moment of brilliance from Finn Russell, saw Simon Zebo cross the line in a sublime manner from out wide. Russell couldn’t convert but made no mistake on Racing’s second score on thirty-one minutes. Imhoff was off’, nipping past Jonny Hill beside a ruck and sliding in underneath the posts to score. But after a deflected Finn Russell kick, Exeter scored a crucial try just before half time. Half time score: 21-12 to Exeter.

Racing began the second half brilliantly which saw Russell and Zebo link up again and Zebo crossed for his second of the match. Russell went from saint to sinner though after delivering a flat pass inside his own half which was picked up by Jack Nowell. He then found Henry Slade and the England international dived over for his first try of the match.

The game was full of twists and turns. Again, Racing responded as a penalty gave them a platform to move into the Exeter 22. They took full advantage and Hooker, Camille Chat peeled off the back of a driving maul and darted over. Conversion added: 28-24 to Exeter.

The turning point was when Exeter’s, Thomas Francis was yellow carded on 71 minutes for a deliberate knock-on. Racing piled on the pressure with an extra man for the final eight minutes but they opted for the corner and not the posts. After 20 monumental phases, Sam Hidalgo-Clyne came up with the match-winning turnover for the Chiefs. They were finally crowned Champions of Europe. Final score: 31-27.

On behalf of everyone @ExeterChiefs – the players, coaches and staff – this is for all you fans out there. In these tough times, this is a moment we can all celebrate and remember forever. Thank-You Chiefs Family. #champions #eurokings pic.twitter.com/tSIpxUaVGF

It was another heartbreak for Racing 92 after they showed moments of brilliance throughout parts of the game. Exeter’s scrum was the driving force to their success throughout the competition though and Racing left Ashton Gate empty-handed.

Joe Simmonds deservedly received the man of the match award after producing an outstanding performance. He controlled the game beautifully from the tee and was calm and composed throughout the game. At the age of just 23, he’s got huge potential to be in Eddie Jones’s England squad. It won’t be too long before he’s given a shot. 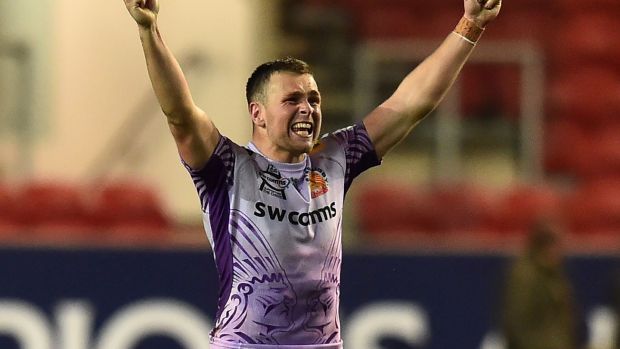 The road to Twickenham continues and Rob Baxter’s men look like they are on their way to do the double next weekend. 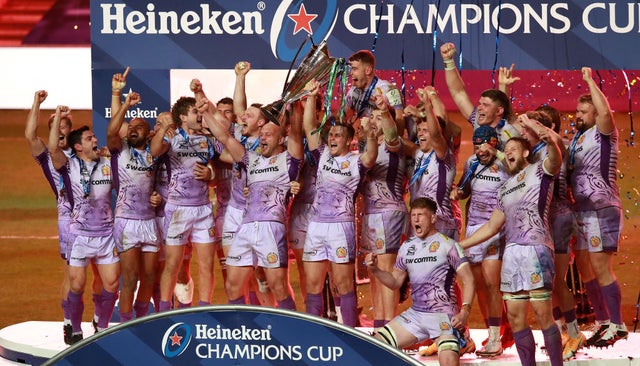