It should go without saying that The Undertaker is among the most enduring characters in professional wrestling. The way he evolved is unmatched and his in-ring credentials speak for themselves. From world title victories to a WrestleMania winning streak that is unlikely to be matched – at least in this lifetime – it’s difficult to dispute his success. However, up until January 2007, one particular accomplishment eluded him. Fifteen years ago today, on January 28, The Undertaker emerged victorious in the 2007 Royal Rumble. Before we get into the match itself, a brief history lesson is in order.

The Undertaker Wins the 2007 Royal Rumble

Leading Toward the Royal Rumble Match

Heading into 2007, The Undertaker was an elder statesman of sorts in World Wrestling Entertainment. By this point, he won 4 world titles in the company. He was also an accomplished tag team competitor, winning 7 tag team titles alongside such names as “Stone Cold” Steve Austin and brother Kane. Additionally, consider the aforementioned WrestleMania streak, which began in 1991. One could argue that if he retired at that point in history, he would have left an incredibly respectable career behind. However, in his early 40s, “The Deadman” wasn’t quite done yet.

The Undertaker found himself reunited with Kane, reforming The Brothers of Destruction. In terms of feuds, The Undertaker was especially focused on Mr. Kennedy at this point, as the brash Green Bay native interfered with “The Deadman’s” attempts to seize world title gold. Despite these setbacks, The Undertaker wasn’t out of the proverbial running. Enter the Royal Rumble pay-per-view later that January. The winner of the namesake match would go on to face one of the 3 world champions at the time – ECW World Champion Bobby Lashley, WWE Champion John Cena, or World Heavyweight Champion Batista – at WrestleMania 32 the following April.

The Deadman Enters the Fray

On January 28, 2007, live from the AT&T Center in San Antonio, Texas, the Royal Rumble event took place. Three of the preliminary matches featured the aforementioned world champions. Bobby Lashley retained the ECW World Championship against Test, Batista defeated Mr. Kennedy to hold onto the World Heavyweight Championship, and WWE Champion John Cena overcame Umaga in what many consider one of the most memorable Last Man Standing bouts in wrestling history. However, all eyes were on one contest in particular: the Royal Rumble Match. Who would go on to challenge for world championship gold at WrestleMania?

Throughout the 2007 Royal Rumble Match, many notable moments took place. Case and point, The Great Khali eliminated a total of 7 competitors despite only being in said match for under 4 minutes. Meanwhile, Edge went the distance at a little over 44 minutes, racking up 6 eliminations. Viscera, one of Raw’s resident powerhouses, was eliminated by no fewer than 8 individuals. This was a competitive match, to say the least, though The Undertaker was absent for much of it. As the match approached its thirtieth, and final, competitor, the lights in the venue went out and the familiar toll was heard.

The Undertaker entered the 2007 Royal Rumble at #30 and he wasted no time in establishing his authority in the match. He immediately set his sights on The Great Khali, who had been dominant in the Rumble up until then. Following fisticuffs, “The Deadman” knocked “The Punjabi Nightmare” out of the ring. Later on, The Undertaker sent MVP out of the match as well. Meanwhile, Shawn Michaels, who entered the match at #23, went on to successfully eliminate Edge and Randy Orton. From there, only “The Phenom” and “The Heartbreak Kid” remained; who would be the final man standing?

The final standoff between The Undertaker and Shawn Michaels, in the eyes of many fans and critics, was where the 2007 Royal Rumble Match truly shined. This encounter lasted roughly 10 minutes, which was rare given how this match instilled urgency in its competitors to eliminate each other as quickly as possible. The two veterans traded chokeslams and Sweet Chin Music superkicks, struggling to throw one another over the top rope. Suffice to say, winning the Royal Rumble was paramount for both men.

This encounter reached its conclusion as Michaels stalked a weakened Undertaker, preparing yet another Sweet Chin Music. As JBL mentioned on commentary, Michaels used this move on Diesel to win the Royal Rumble in 1996. However, it wasn’t meant to be in 2007, as The Undertaker ducked and proceeded to dump Michaels over the top rope. “The Phenom” stood tall, not only winning the Royal Rumble but becoming the first man in history to do so from the #30 spot. The Undertaker had been with WWE for well over 16 years by this point, so this accolade was a long time coming. The wrestling world didn’t have to wait long to learn The Undertaker’s WrestleMania plans, either.

The Road to WrestleMania 23

The Undertaker, as that year’s Royal Rumble winner, could choose to face one of the company’s world champions at WrestleMania 23. On the February 5, 2007 edition of Raw, The Undertaker officially challenged World Heavyweight Champion Batista. Though Batista was fearless in accepting the challenge, he didn’t expect “The Deadman” to drop him with a chokeslam on that night. In short order, the Royal Rumble winner made a statement.

The feud between Batista and The Undertaker intensified, culminating in their World Heavyweight Championship match at WrestleMania 23. Between the world title in question and “The Deadman’s” WrestleMania streak – he was 14-0 up to this point – the stakes couldn’t have been higher. This encounter went over 15 minutes, bringing the most out of both competitors on the biggest stage of the year. Everything from The Undertaker’s awe-inspiring over-the-top-rope plancha to Batista’s powerslam through the announce desk showed just how much a victory here meant. Ultimately, however, The Undertaker countered Batista’s Tombstone Piledriver attempt, executing one of his own for the pinfall victory. Now 15-0, The Undertaker stood tall as the World Heavyweight Champion. 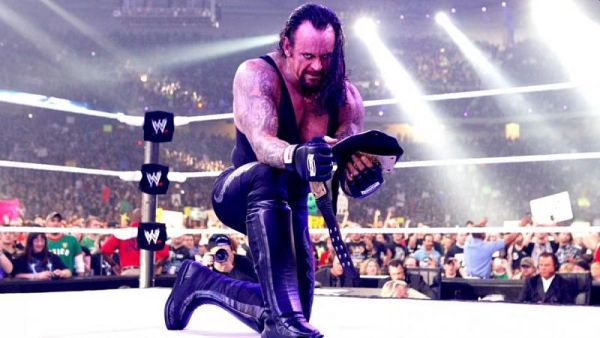 The Undertaker Wins the 2007 Royal Rumble – In Closing

Without question, The Undertaker winning the 2007 Royal Rumble was a major accomplishment, as was his World Heavyweight Championship victory at WrestleMania 23. However, this particular reign only lasted 37 days, ending on the May 8, 2007 edition of SmackDown. Following an assault from Mark Henry, leaving The Undertaker prone, Edge cashed in his Money in the Bank opportunity for the second time in his career. “The Rated R Superstar” executed a pair of Spears on The Undertaker, capturing the World Heavyweight Championship. In real life, The Undertaker stepped away to recover from a torn biceps injury, returning at Unforgiven the following September.

The Undertaker’s career is nothing short of storied and his Royal Rumble victory is further proof of this. The fact that he won it during the tail-end of his full-time wrestling career mattered little, as it marked a major accomplishment that would have made his list of accolades feel emptier without. In other words, “The Phenom” didn’t necessarily need this victory to be a historic figure in wrestling. Nonetheless, it made his legacy feel that much more complete.