Rich Swann and Kenny Omega faced off in the main event of Hard To Kill as part of a six-man tag match. The match ended with Omega pinning Swann after a one-winged angel. On the March 9 episode of IMPACT! Scott D’Amore announced that Omega would wrestle in the main event of Rebellion in a title vs title match. At Sacrifice, Moose and Swann competed to unity the Impact World Championship and TNA World Heavyweight Championship. Swann was victorious, setting up the match between himself and Omega. The two met at a press conference on the April 15th episode where tempers flared and the two had to be separated by security. Who will come out as the undisputed champion of both AEW and IMPACT? 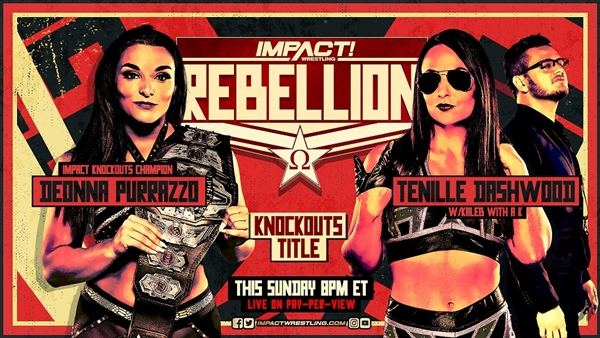 Deonna Purrazzo has held the Knockouts Championship since November of 2020 when she defeated Su Yung at Turning Point. She will defend her title against Tenille Dashwood, who earned her title shot at Hardcore Justice when she defeated Alisha Edwards, Havok, Jordynne Grace, Rosemary, and Su Yung in a free for all weapons match to earn her number one contendership. Tenille claimed that she started the women’s revolution during the debut episode of her “It’s All About Me” show.  Dashwood made the claim again after she defeated Susan on the April 22 episode of IMPACT!, telling Purrazzo that she would not be the champion, without Dashwood paving the way. She is looking to back the claim up by winning the IMPACT Knockouts Championship at Rebellion. 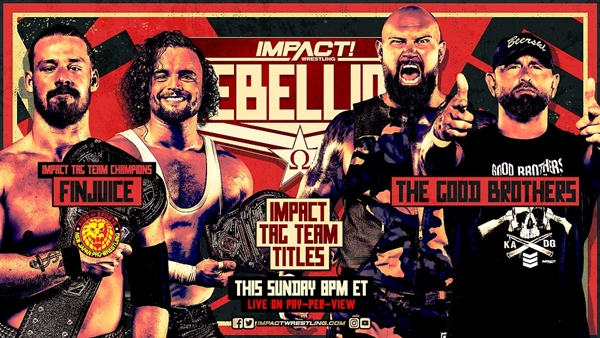