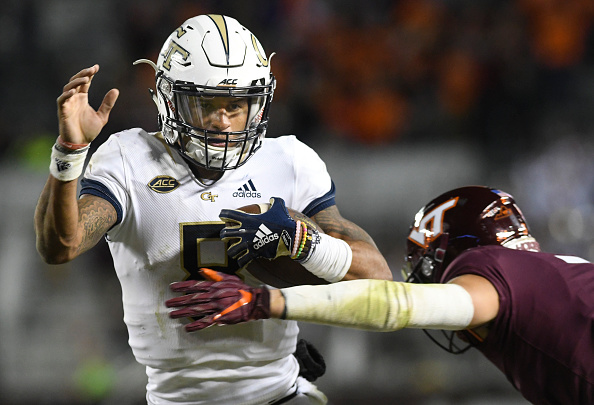 Let us not insert clever puns or funny jokes here at the beginning of this article to describe the outcome of Thursday’s contest in Blacksburg, VA. Instead, let us call it what it is – Georgia Tech walked into Lane Stadium on Thursday night and showcased a beat down. A beat down, the likes of […] READ MORE 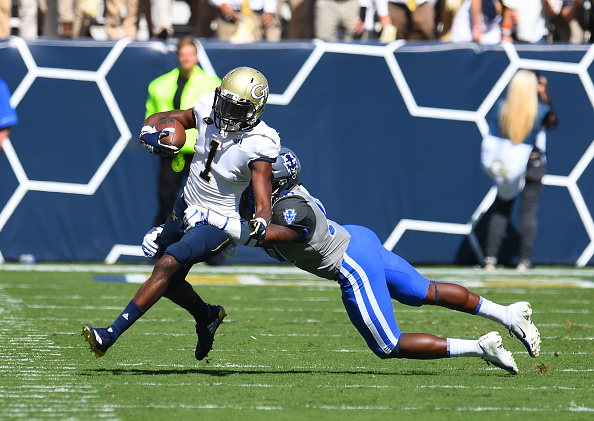 The Georgia Tech Yellow Jackets entered Saturday’s homecoming matchup against Duke with high hopes after putting up over 1,000 yards over their last two games. Georgia Tech was reeling after the month of September and was hoping October would continue to be more kind. All fans can say after Saturday in Atlanta is “Well, like, […] READ MORE 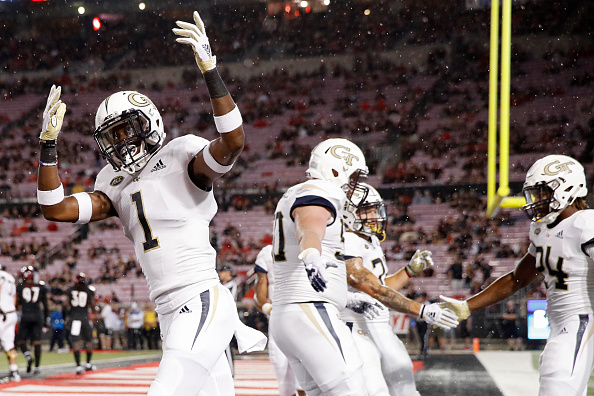 Friday night in Louisville, Kentucky was nothing short of a good ol’ fashioned beatdown. Paul Johnson and Georgia Tech had something to say coming off of three straight losses, and a week where questions arising over Johnson’s future with the team were raised. No future is certain, but the Georgia Tech Yellow Jackets proved that […] READ MORE 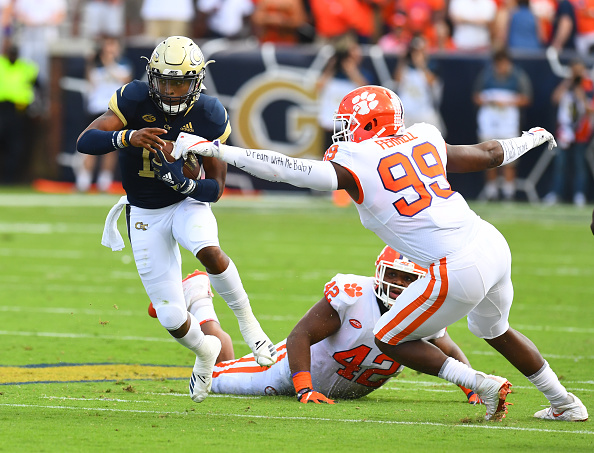 The first month of the college football season is almost in the books. For some, it looks as if they are on the brink of greatness; other are looking at early entrance into the “we need a new coach” lounge. So where does Georgia Tech stand? Well, “greatness” is relative and Tech players and fans […] READ MORE 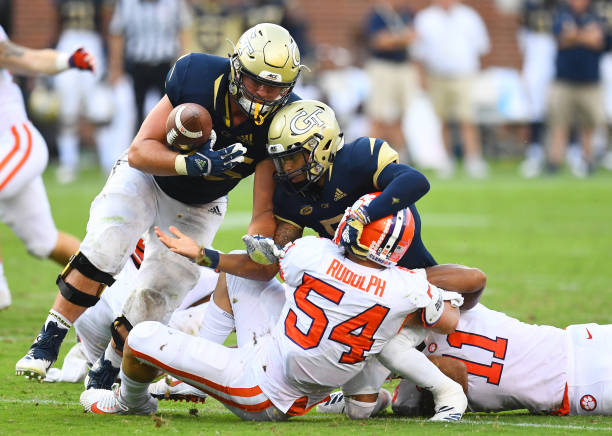 Fast Analysis: Georgia Tech vs Clemson focuses on the Sept. 22, 2018 matchup in Atlanta. How did the GT offense and defense perform in this key ACC matchup. READ MORE 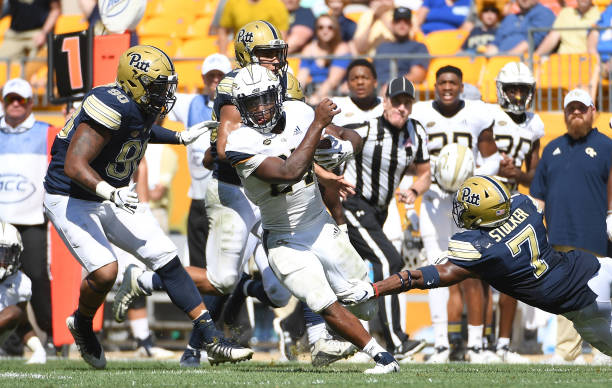 The Georgia Tech Yellow Jackets were on the road for the second straight weekend as they faced off against their first ACC opponent of 2018, the Pittsburgh Panthers. After a tough loss last week to South Florida, this game was an opportunity for Georgia Tech and Paul Johnson to silence the critics. Unfortunately for Johnson […] READ MORE 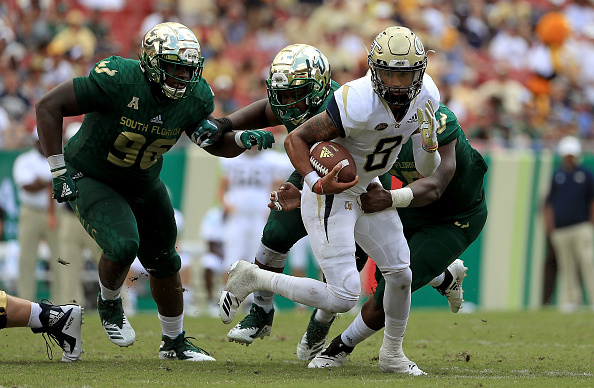 Georgia Tech faced off against the South Florida Bulls in Tampa, Florida this afternoon. Fans who braved the 90+ degree temperature were treated to a shootout between two explosive teams. The game saw 10 lead changes, one player returning two kickoff returns for touchdowns, and a backup quarterback scoring three straight touchdowns. Excitement was not in […] READ MORE 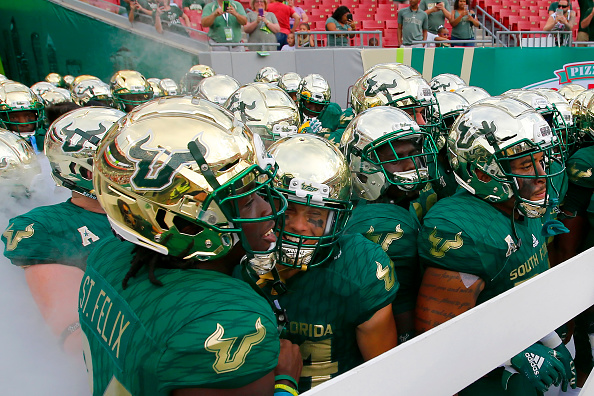 Georgia Tech opened the year with a shutout victory over the Alcorn State Braves, 41-0. The contest was a great opportunity for the Yellow Jackets to use the second half as a live practice. The Yellow Jackets will not be so fortunate to have a televised practice this Saturday. The South Florida Bulls will challenge […] READ MORE 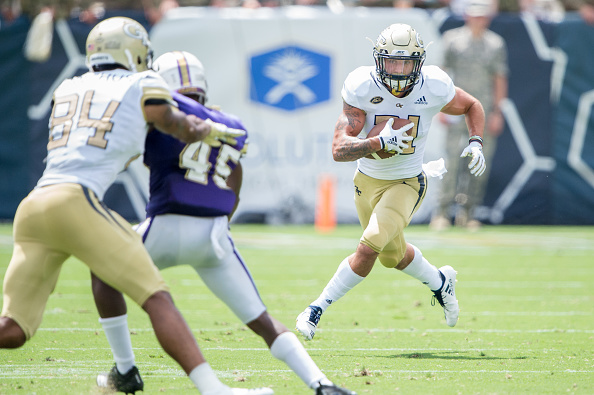 Georgia Tech opened the 2018 season hosting the Alcorn State Braves today in Atlanta, Georgia. This writer predicted Georgia Tech to win big in their home opener, and the Yellow Jackets did not disappoint. Georgia Tech stumbled coming out of the gate a little in the first half, but brought it all together for a […] READ MORE 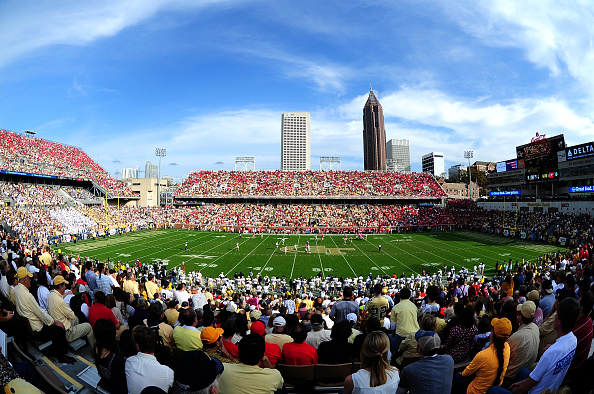 Georgia Tech’s 2018 non-conference schedule is nothing to write home about, but it will provide two exciting match-ups for Tech fans. First of all, the match-ups against Alcorn State and Bowling Green are easy wins on the Yellow Jacket’s schedule. The same cannot be said about the South Florida Bulls and Georgia Bulldogs match-ups. […] READ MORE