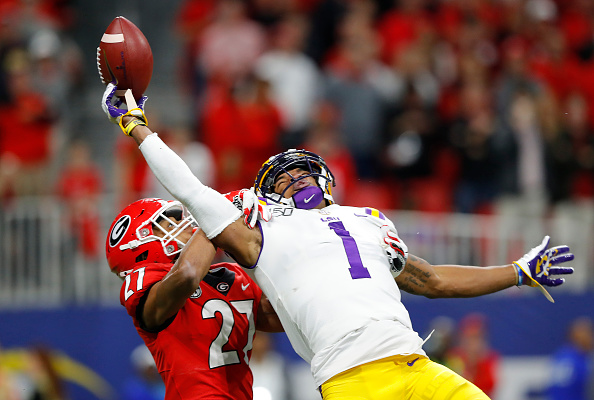 The LSU Tigers 2021 draft eligible players will all hear their names called over the weekend. As the NFL Draft gets kicked off on Thursday, there are six players heading to the next level. While LSU had a down year in 2020, most of these players were on the field. The two exceptions are Ja’Marr […] READ MORE 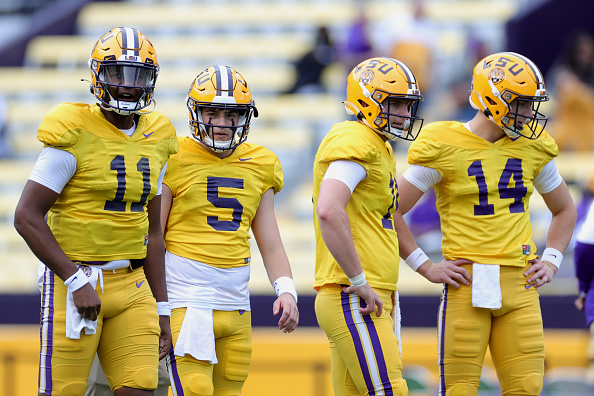 The LSU Tigers Spring game standouts gave the fans a strong showing on Saturday inside Tiger Stadium. The game was pass-heavy without the team giving away too much of what is to come during the 2021 season. All four quarterbacks had their fair share of playing time, and none of them disappointed. The defense already […] READ MORE 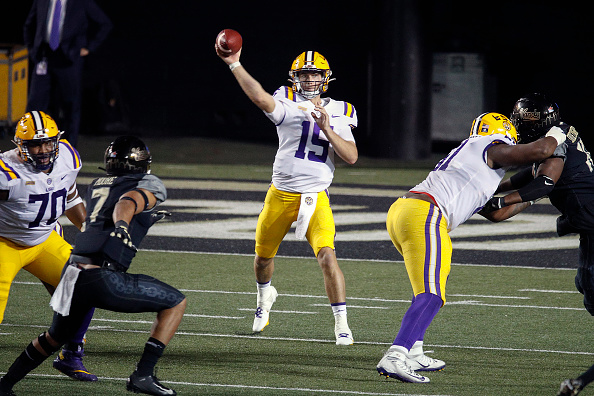 The LSU Tigers 2021 Spring game kicks off from Tiger Stadium on Saturday at 12 pm CST on SEC Network+. This will be the first time fans will get to see the new-look offense and defense under the new coordinators. Both Jake Peetz and Daronte Jones will have the chance to showcase just a little […] READ MORE 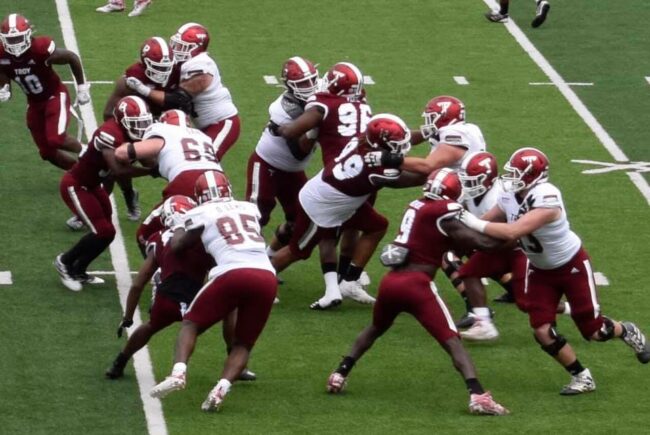 The 2021 Troy Trojans T-Day Spring game gave the coaching staff and fans a first glimpse at what this upcoming season has in store. On Saturday, the Trojans held their final scrimmage of the Spring inside Veteran’s Memorial Stadium. The end result was a 21-7 win for Team Cardinal over Team White. This year’s installment […] READ MORE 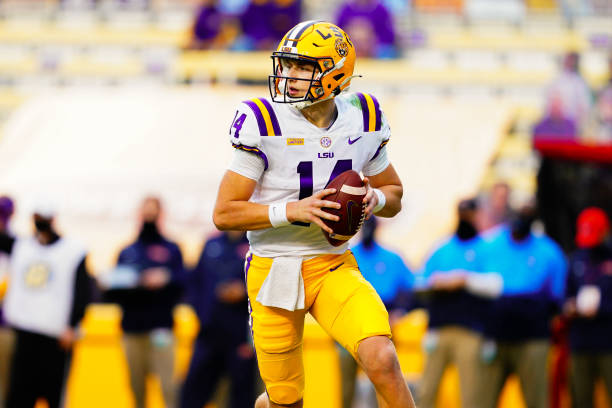 The 2021 LSU quarterback battle will be one to keep an eye on as Spring practice continues. The three contenders for the Tigers will battle it out throughout Spring and Summer practice for the starting spot. This battle could even continue into the season this Fall. During the early practices, Max Johnson has been the […] READ MORE 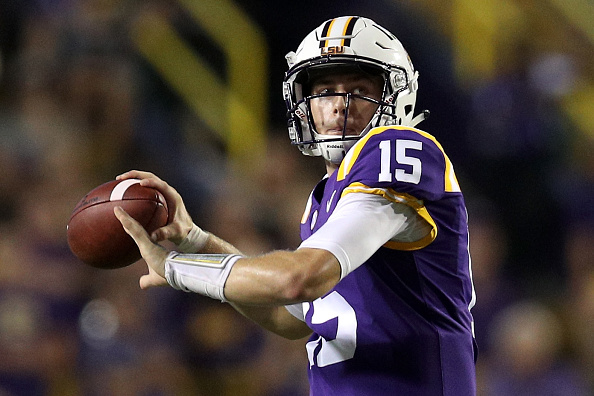 The various LSU football position battles will be something to keep an eye on as Spring ball continues for the Tigers. The National L Club Spring Game is set for April 17 at Tiger Stadium. While there are still a few weeks until the final scrimmage, the Tigers are in full force on the practice […] READ MORE 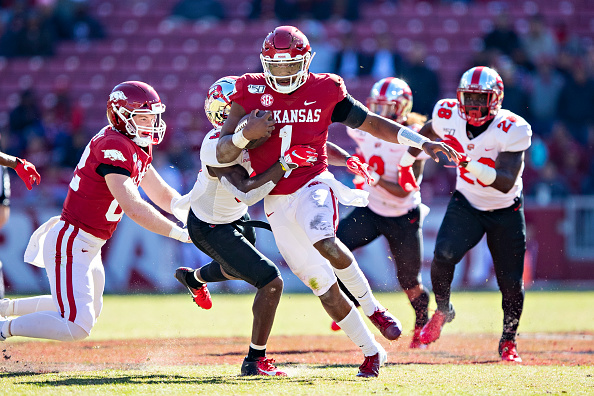 The Arkansas Razorbacks 2021 quarterbacks depth is turning into one of the best the program has ever had. After losing Feleipe Franks following the 2020 season, the Hogs will now turn to a new starter under center. The likely candidate is KJ Jefferson, who appeared in a few games last season. But leave no doubt, […] READ MORE 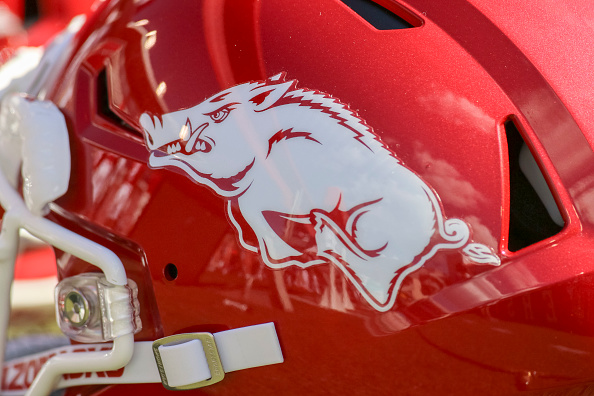 Arkansas 2021 football schedule was released on Wednesday. The SEC announced schedules for every team in the conference for the upcoming season. After a 3-7 record in 2020, the Hogs are ready to prove that the program is headed in the right direction. In 2020, Arkansas showed much improvement under head coach Sam Pittman. Despite […] READ MORE 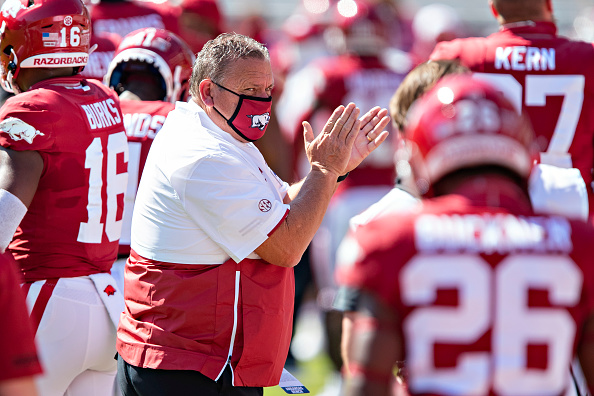 The Arkansas Razorbacks 2020 football season saw the team make vast improvements under first-year head coach Sam Pittman. Though the team finished 3-7, the Razorbacks looked solid in all three phases of the game. Feleipe Franks put forth a stellar season at quarterback. The senior passed for 2,107 yards and 17 touchdowns with just four […] READ MORE

The 2020 Texas Bowl matches up the 3-7 Arkansas Razorbacks against the 6-4 TCU Horned Frogs. Both teams are capable of lighting up the scoreboard. The Razorbacks and Horned Frogs have played each other 70 times. Arkansas leads the series history 44-24-2. But TCU won in 2017 when the programs last faced off. For Razorbacks […] READ MORE