The 2020 Lockheed Martin Armed Forces Bowl features the Tulsa Golden Hurricanes and the Mississippi State Bulldogs. The interesting thing is Tulsa is ranked 22nd in the country, according to the AP Poll, and the Bulldogs are unranked. This is something that would not have been predicted before this strange 2020 season. Mississippi State went into the 2020 season unranked but did receive votes. The Bulldogs finished the regular season 3-7. Tulsa on the other hand finished the 2020 regular season 6-2. The 2020 Armed Forces Bowl will be played in Fort Worth, Texas on December 31st.

The SEC will be matching up against the American Athletic Conference this Thursday in Fort Worth, Texas. Mississippi State will be playing a team outside of the SEC for the first time this season. In contrast, Tulsa had the ability to play outside the American Athletic this season. One of the Golden Hurricanes’ losses came against Oklahoma State of the Big12. This will also be a Texas homecoming for Tulsa quarterback Zach Smith and Head Coach Philip Montgomery. Can Mike Leach get the win against a hot Tulsa squad?

Tulsa Offense Against the Bulldog Defense

Both losses for the Golden Hurricanes came against ranked opponents this season. One, as stated above, was Oklahoma State and the other was against Cincinnati. Those losses were by a combined 12 points. The Tulsa offense is averaging 405.5 yards of total offense this season. Further, the Golden Hurricanes have only been held under 24 points scored twice this season. Once in the loss to Oklahoma State in the first game of the year and then again in a win against Navy. Tulsa is averaging 24.5 points per game which isn’t very high, but it has been effective.

The Tulsa offense is led by senior quarterback Smith. Smith spent his first two seasons at Baylor before transferring to Tulsa before the 2019 season. He has been the starter for Tulsa for the last two years. During the 2020 season, Smith has a 55.8 completion percentage, passing for 1,601 yards. This is down from 3,279 passing yards in 2019, but it is also by playing four fewer games. The senior signal-caller has thrown 12 touchdowns and eight interceptions through eight games this season.

Smith will need to be very precise with the football. The Tulsa offense is average at best, but figures out how to win in a close matchup. Montgomery will need to utilize all offensive weapons on Thursday. Running back Corey Taylor II played in six games this season and accumulated 459 rushing yards. In addition, he has scored three touchdowns and averages just under five-and-a-half yards per carry. As you can see from Smith’s stats, Tulsa gets it done through the air. Receivers Keylon Stokes, Josh Johnson, and J.C. Santana lead the team in receiving yards. Stokes leads the team in receiving yards with 527 but has only found the endzone twice this season. Johnson has four scores and Santana has six.

Mississippi State struggled with COVID-19 issues the last few weeks of the season, but it is looking like the team will be as close to full strength as it has been in over a month. In addition, the Bulldogs leading tackler will also be playing on Thursday. Linebacker, Erroll Thompson stated that he will be playing in the Armed Forces Bowl. This is good news for the Bulldogs. Thompson leads the team in tackles with a total of 86. However, he only has two-and-a-half tackles for loss and two sacks this season. He also has one interception. Smith will need to pay special attention to Emmanuel Forbes on Thursday. The freshman cornerback has four interceptions this season and two scores. The Mississippi defense has accounted for nine interceptions this season.

The Tulsa defense has helped the Golden Hurricanes all season. However, that unit will be without star linebacker Zaven Collins. Collins accounted for 54 total tackles this season, seven-and-a-half for loss, and four sacks. In addition, Collins had four interceptions, two of which resulting in scores, two forced fumbles, and one fumble recovery. Mississippi State will likely be happy to not have to account for him on Thursday.

Leach utilizes an air raid offense. This plays into the strength of the Tulsa defense. The Golden Hurricanes had the 27th best defense in the country this season and the 22nd ranked pass defense. The unit averaged 194.1 passing yards allowed this season. Without Collins, fellow linebacker Justin Wright will have to step up. The sophomore tallied 55 total tackles this season, nine for loss and one interception.

The Bulldogs have utilized two quarterbacks this season, both with turnovers issues. Will Rogers has a 69.6 completion percentage and has thrown for 1.828 yards on 316 attempts and 10 touchdowns. However, he also has seven interceptions. The freshman has played in eight games. There is also senior quarterback K.J. Costello. Costello is a Stanford transfer that has played in six games this season. Through six games Costello has accounted for seven touchdowns, but 11 interceptions.

Despite having a better record, Tulsa is still likely an underdog coming into this game. A group of five against an SEC opponent. Even though the Golden Hurricanes are projected to win by a slight margin, there are a lot of people around the country that are counting Tulsa out. Regardless, this is Tulsa’s game to lose on Thursday. Mississippi State could finally be healthy, which it has not been often this season, but Tulsa knows how to play in close games. This one will come down to defense. 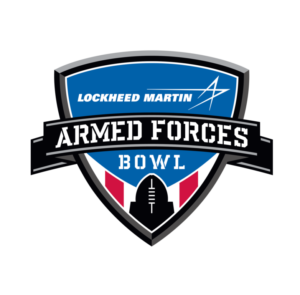