Bowl season has arrived and one of the first bowl games played in the Boca Raton Bowl. The 2020 Boca Raton Bowl will be a great matchup between the UCF Knights versus the BYU Cougars.

Both of these programs have high-powered offenses with two of the top quarterbacks in the country. UCF has former All-Conference quarterback Dillon Gabriel while BYU has projected first-round selection, Zach Wilson.

In addition, both of these teams are coming off wins as the UCF Knights knocked off the USF Bulls 58-46. The BYU Cougars got a home win versus the San Diego State Aztec 28-14. Here is the 2020 Boca Raton Bowl Preview.

The UCF Knights are one of the top Group of 5 teams in the country but didn’t play all that well in 2020. They are still a solid team with a 6-3 record in the 2020 season. The UCF Knights are led by their head coach, Josh Heupel, who’s in the third season as the Knights head coach.

UCF’s offense will be led by their sophomore quarterback Gabriel. The Hawaiian native has been great for the Knights since his freshman season. Gabriel has completed 61.7% of his passes for 3,353 yards, 30 touchdowns, and four interceptions.

In the receiving unit, UCF has two receivers that completely stand out compared to the rest. Senior wide receiver Marlon Williams is the Knights leading receiver. Williams has 71 receptions for 1,039 yards and ten touchdowns. Oklahoma transfer Jaylon Robinson has 51 catches for 935 yards and five touchdowns.

The BYU Cougars come into this game as the 16th ranked team in the country and a 10-1 record. BYU’s only loss of the season happened against the Coastal Carolina Chanticleers. The Cougars lost to the Chanticleers in a 22-17 close loss. The Cougars are led by their head coach, Kalani Sitake, who’s in his fifth season.

The BYU offense is led by junior quarterback Wilson. The Utah native is one of the top quarterbacks in the country and expected to be a top pick in the 2021 NFL Draft. Wilson has completed 73.2% of his passes for 3,267 yards with 30 touchdowns and three interceptions.

Junior wide receiver Dax Milne is BYU’s top receiver. Milne had had a big junior season with 63 receptions for 1,118 yards and eight touchdowns. Redshirt-freshman tight end Isaac Rex is the leader in receiving touchdowns. Rex has 32 catches for 333 yards and ten touchdowns.

The BYU Cougars defense has been really good this season averaging 14.6 points per game. Senior linebacker Isaiah Kaufusi is the lead tackler for the Cougars with 75. He also has four-and-a-half tackles for loss, four sacks, three forced and recovered fumbles.

Defensive end Tyler Batty also has four sacks on the season including five-and-a-half tackles for loss and 13 total tackles. Senior safety Troy Warner leads the Cougars in interceptions with two. 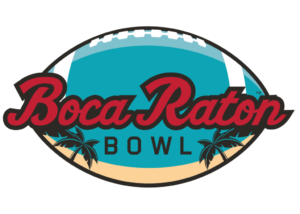