The edgier yet far more colorful edition of NXT continues on as it is another week of NXT 2.0 action. Four matches are scheduled for tonight as three of them feature the new faces we have been seeing the past couple of weeks while the match that will kick off the night features two veterans of not only NXT but WWE as a whole. Here’s a look at tonight’s NXT 2.0 card.

— Ember Moon vs. Mandy Rose kicks off the show

The youngest NXT superstar will make her 2.0 debut Tuesday night as Cora Jade is set for action. WWE.com is touting that this will be the beginning of the “Generation of Jade,” meaning that she is likely to be a major player for NXT long term. The 20-year-old has been making appearances on the show in recent weeks, supporting her boyfriend Trey Baxter following his tough loss to debuting superstar Dante Chen. After showing support, it’s now her time to make a splash and show this is her time now. 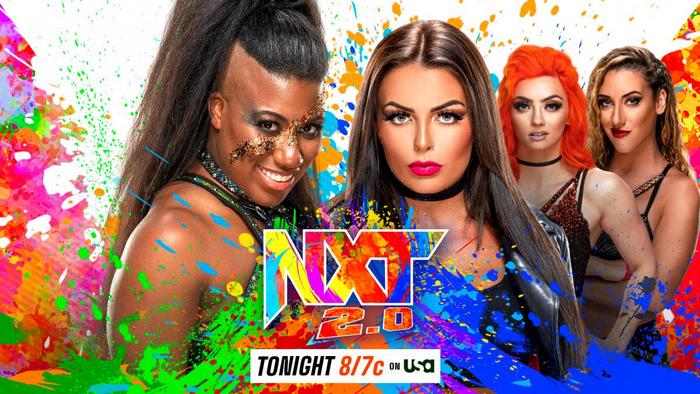 Ember Moon will kick off NXT 2.0 as she goes head-to-head with Toxic Attraction leader Mandy Rose in singles action. It was a week ago that the show went off the air with Toxic Attraction standing tall over Raquel Gonzalez as Rose held up the NXT Women’s Championship. The match between these two feels more like a contender’s match more than anything. Moon has minimal momentum right now while the re-styled Lara Croft-esque Rose is only getting better by the day. A win for either woman should push them towards a championship match.