Game Changer Wrestling (GCW) changed the game once again, announcing at the end of the year that they were holding a historic 24-hour live wrestling event on January 29, 2021, called GCW Fight Forever. Running from 8pm on Friday, January 29 through until 8pm on Saturday, January 30, the event has unfolded into a series of blocks that not only features multiple GCW productions, but returns of GCW events like For The Culture and Effy’s Big Gay Brunch (now Effy’s Big Gay Block), and the inclusion of other top US indies like Black Label Pro, No Peace Underground, Camp Leapfrog, Glory Pro, Freelance Wrestling, and more. It will also feature GCW’s first all-women event, Allie Kat’s Real Hot Girl Shit. On Thursday night, the first five matches of the 24-hour event were revealed, although sadly, one was ultimately canceled shortly after its announcement. A Twitter feud between GCW veteran and AEW star Joey Janela and indie darling Elayna Black erupted during the week and set up a match between the two for GCW’s finale on Saturday, but shortly after the announcement it appears that WWE had pulled Black from the event – Elayna Black was announced as a new signee to NXT, where she now competes as Cora Jade. Here’s a rundown of the four matches ultimately revealed to kick off Fight Forever’s incoming wave of announcements. The entire 24-hour GCW Fight Forever will stream LIVE and FREE on GCW’s Official YouTube Channel. 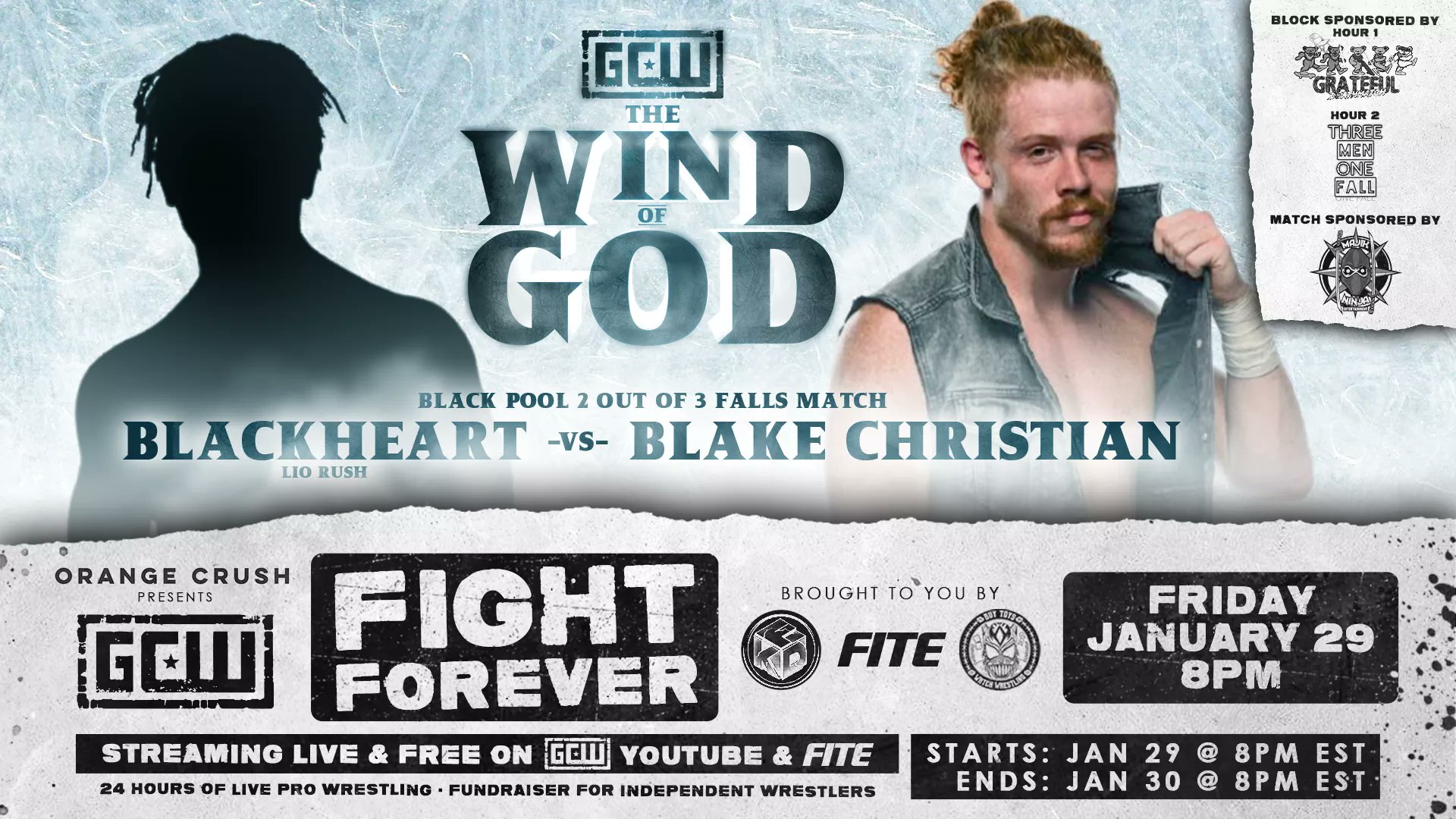 In what will be the third part of a trilogy that began last November at GCW So Much Fun, will seemingly come to its conclusion at Fight Forever, when Lio Rush unleashes his “Blackheart” to try and defeat GCW’s best wrestler of the past year, Blake Christian. “All Heart” defeated Lio Rush in the first encounter, and much to Rush’s dismay defeated Lio Rush again in the return encounter at GCW Slime Season in December. Back to back loses rattled Lio Rush, prompting the star to resort to bringing out his “Blackheart” persona, and now the two will meet for a third and potentially final time, this time in a 2-out-of-3 falls match on GCW’s opening show, GCW The Wind of God. Two of the absolute best in the business today will be pulling out all stops, as Lio Rush looks to beat Blake Christian and end his losing streak against GCW’s top high flyer. 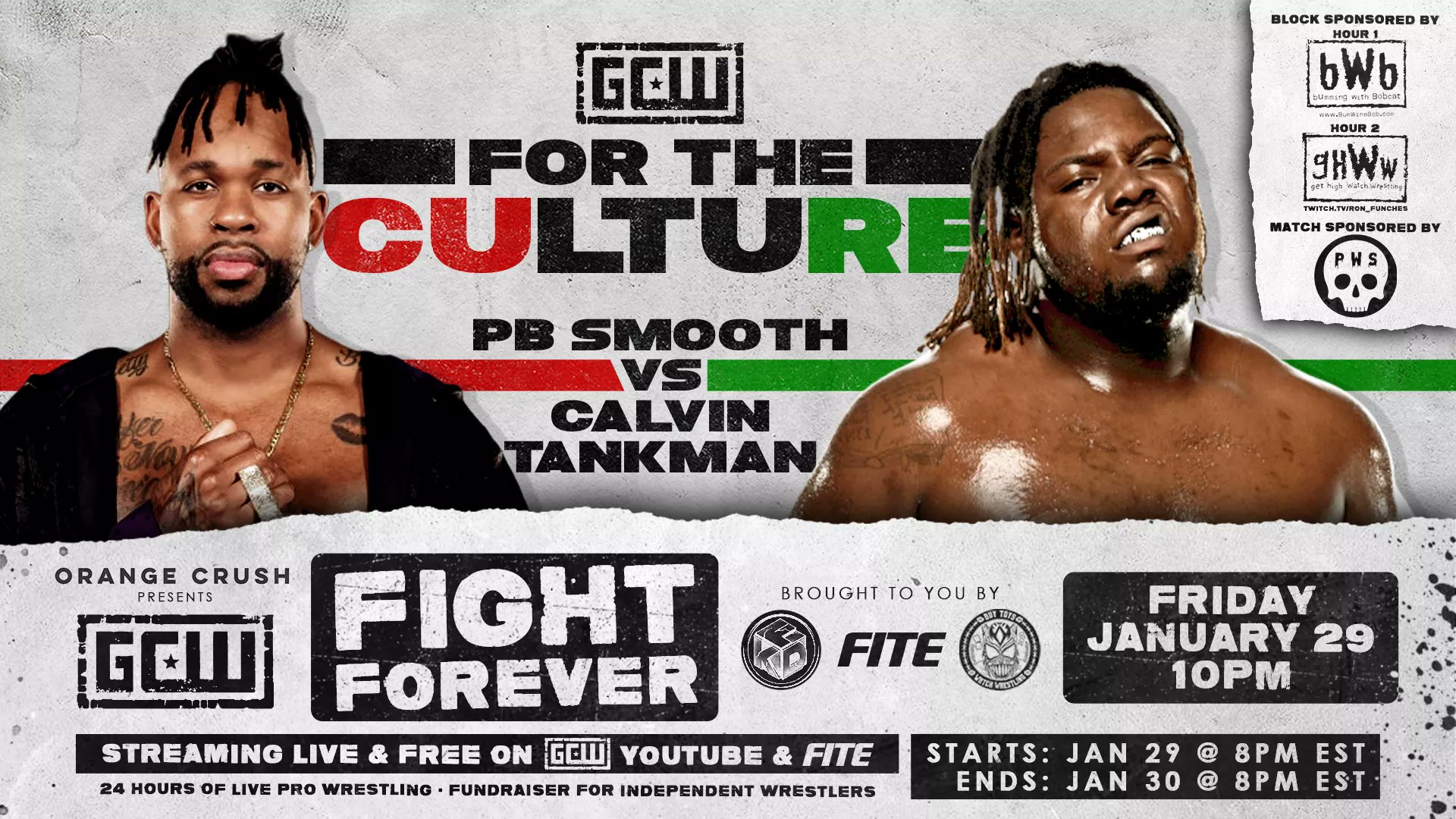 Two big men who will be making a return to the For The Culture event, PB Smooth will be taking on Calvin Tankman in the first announced match for the second block for Fight Forever. At the first For The Culture, PB Smooth was victorious in tag team action alongside Tre Lamar in 40 Acres against AEW’s Top Flight and Team SZN (Christian Casanova & Tasha Steelz), while Calvin Tankman took down another big man in ROH prospect and indie star O’Shay Edwards. Now Smooth gets a huge singles opportunity to take down Calvin Tankman, who has seen his own national stock rise following his debut and recent success with Major League Wrestling (MLW), where he’s been an absolute monster. 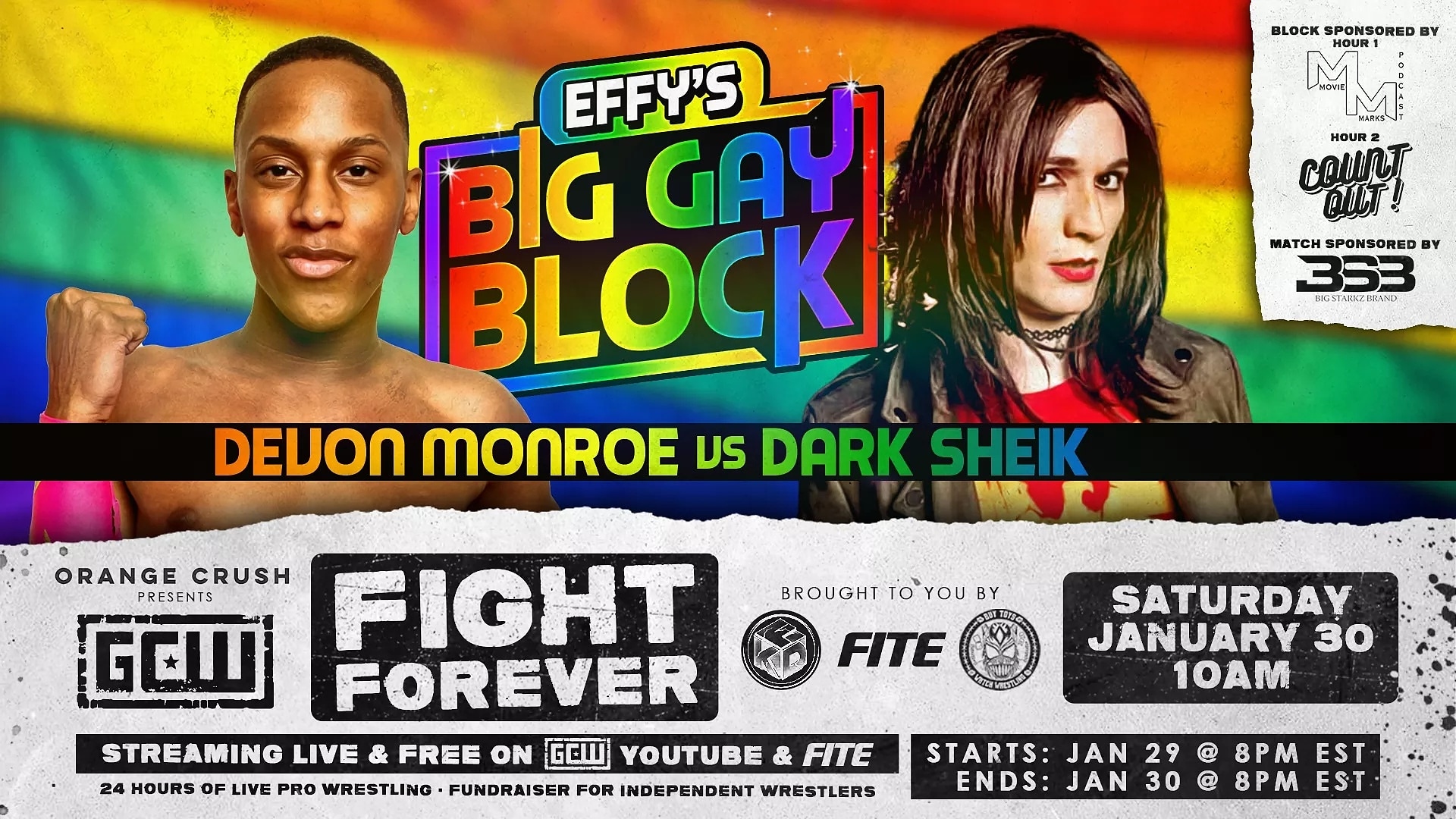 At Effy’s Big Gay Brunch at last year’s Collective, Devon Monroe won the Twink Gauntlet Match, while Dark Sheik had one of 2020’s best matches against the rising superstar Still Life With Apricots & Pears. Dark Sheik has been a pioneer in the LGBTQ+ wrestling scene (and West Coast indie scene as a whole) for decades now, while Devon Monroe represents a promising and bright look into its future. Dark Sheik lost her match against Still Life last time, so the battle-hardened veteran will be looking to win big and avoid going 0-2 in her GCW career so far, but Devon Monroe is no slouch. The 3-year pro was trained by Ken Anderson‘s Academy in Minnesota and has been a rising star in the Minnesota indie scene, before breaking out in 2020 with multiple US promotions. A big win over Dark Sheik would be another milestone for the young star. 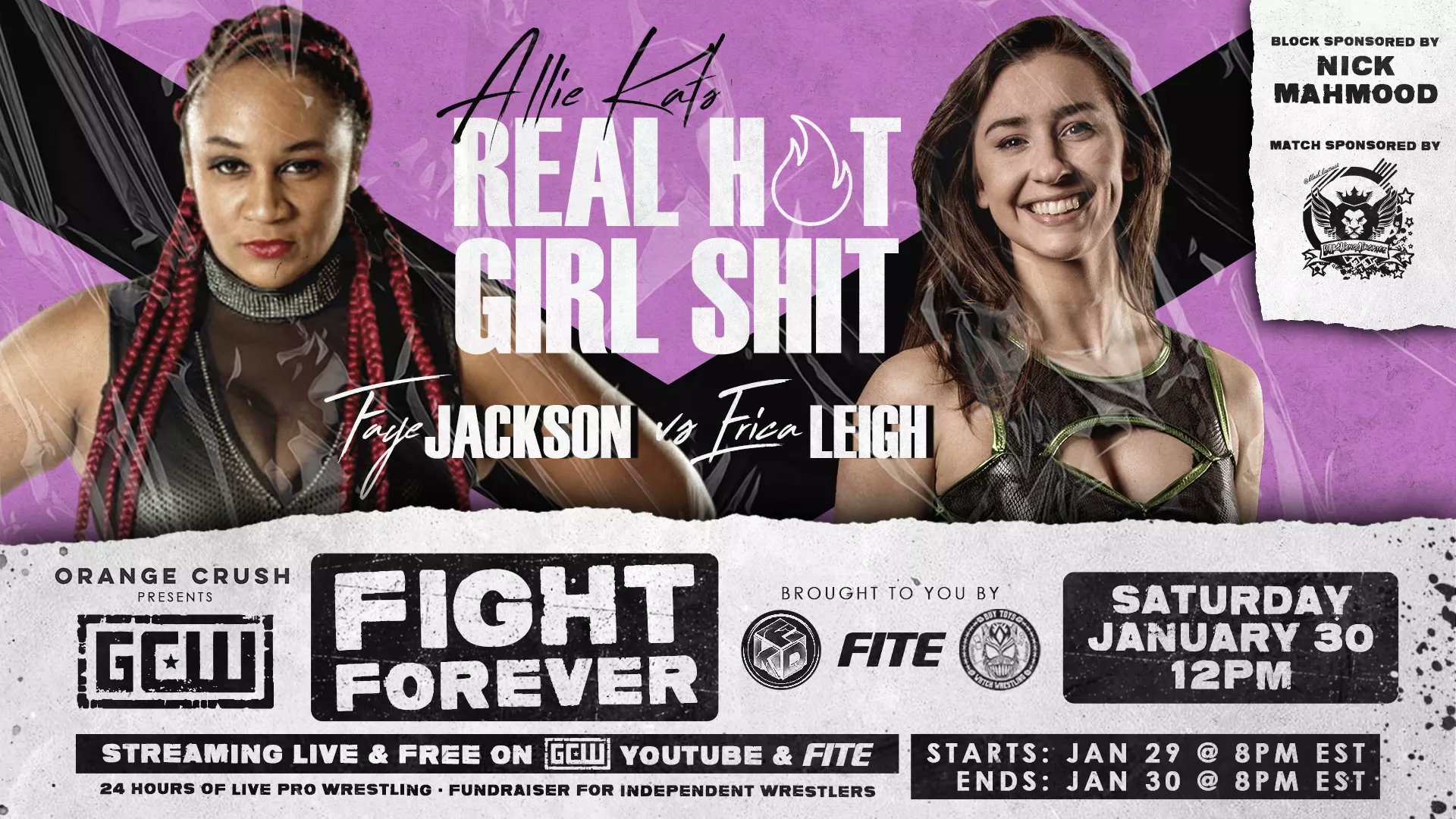 The first announcement for GCW’s first all-women showcase was a big one. Faye Jackson is one of the US indie’s most charismatic performers who has elevated her brand tremendously in the past four years since departing Ring of Honor in 2017. Since then, the leader of the Creep Squad has held her own against both men and women in the likes of GCW, IWA Mid South, Absolute Intense Wrestling (AIW), Freelance Wrestling, Synergy Pro, and other US indies, as well as internationally in Germany with Westside Xtreme Wrestling (wXw) and in the UK with Pro Wrestling EVE. On Saturday’s showcase, she’ll be facing one of the top rising stars of 2020 in Erica Leigh. Erica originally began in the US indies Emma Lou in 2018 but refocused as Erica Leigh in 2019 as she began to get booked more. She joined CHIKARA in 2020 as Donna Rama, but since CHIKARA folded, she’s become one of the top US indie stars after epic matches against Tasha Steelz and Darius Carter, as well as being one of the stars with Camp Leapfrog. Making her GCW debut against Faye Jackson is another big opportunity for a star people need to pay attention to in 2021.