The 2022-23 Formula E schedule will feature the most E-Prix events ever – 17. A strong sign of the series’ growth and the desire from cities around the world to join the electric racing boom. The most notable change in this update is the official announcement of the South African E-Prix in Cape Town. This will be the series’ first time visiting South Africa and keeps Formula E in Africa after the Marrakesh ePrix was dropped for Season 9.

South Africa won’t be the only new location next season. São Paulo, Brazil and Hyderabad, India will both join the schedule. In fact, the trio of new cities will feature in three straight rounds, which should provide entertaining racing as the drivers try to manage new circuits. Here’s a quick rundown of changes coming to next year’s Formula E schedule:

Could we see the return of a Canadian E-Prix? Last year the race in Vancouver was canceled mid-season. There was a planned Paris E-Prix before COVID and has yet to return to a tentative schedule. 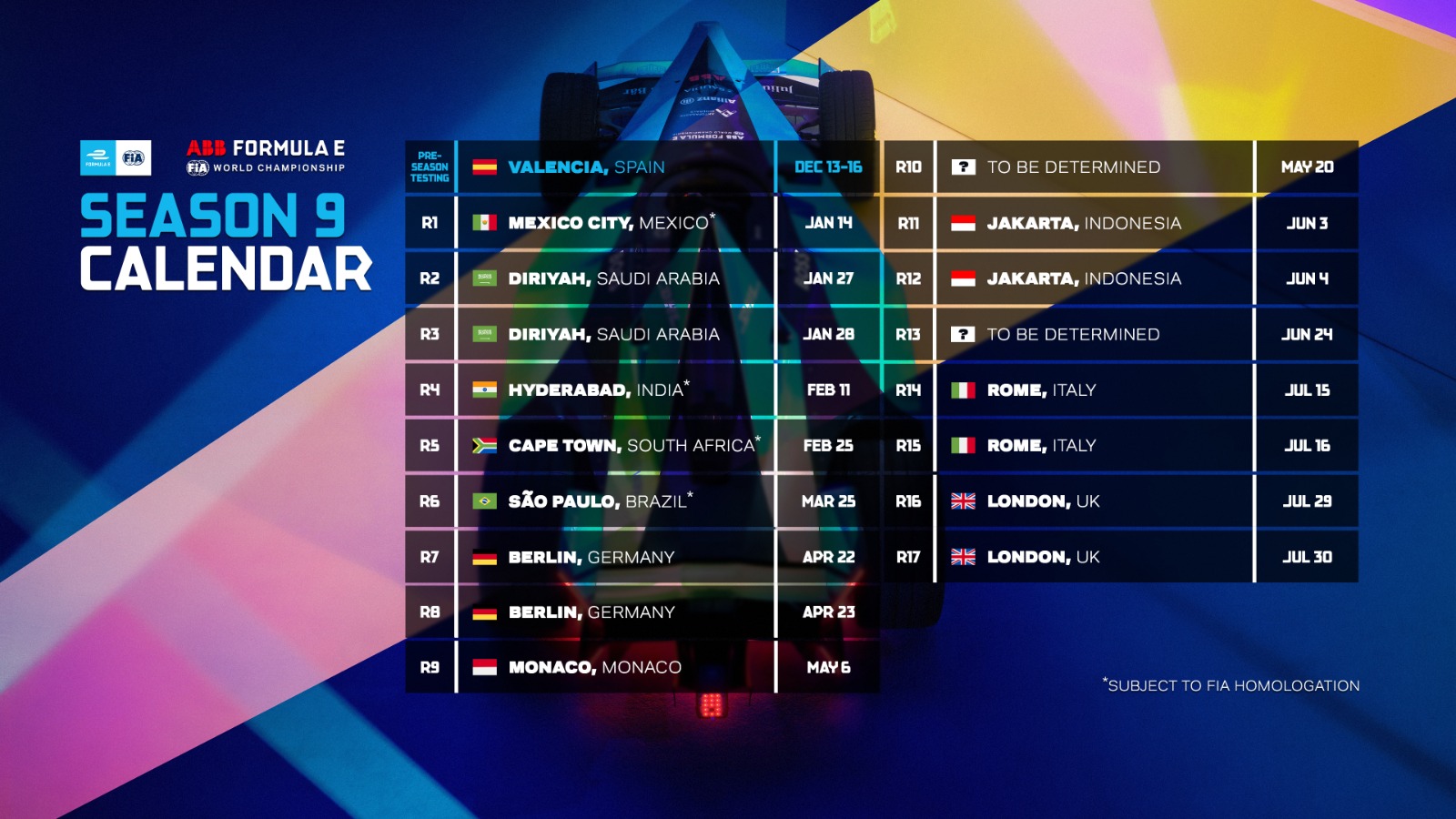 If you are confused by the season vs. year designation for Formula E, it makes sense. The upcoming campaign will be known as the 2022-23 season, even though no races take place in 2022. This is because during the earlier seasons the calendar crossed years. Thus we get the ‘Season 9’ designation. Ultimately, Formula E needs to just accept the adjustment and call it was it is – the 2023 Formula E season.

“We are excited to announce Cape Town as a new destination for our series in Season 9. Our local partners are working incredibly hard to bring an ABB FIA Formula E World Championship race to the city and we cannot wait to see the futuristic Gen3 race cars competing against the iconic natural backdrop of Table Mountain.”

Set to be one of the fastest tracks on the calendar, we can’t wait to race on the streets of Cape Town! ⚡ pic.twitter.com/DFIQq3Wfch

This past season saw Seoul, South Korea not only host its first-ever Formula E race but the Season 8 finale. The doubleheader centered around Seoul’s Olympic Park and featured a run through the Jamsil Stadium. With work planned around the stadium area, the Seoul E-Prix was scheduled to take on a new layout in Season 9. However, in this latest update for next year’s calendar, Seoul has been dropped completely.

This is a shame because it offers an exciting backdrop but is understandable with Formula E’s desire of racing in cities. The US E-Prix is currently suffering the same fate after the dock area in New York City undergoing maintenance. At the moment there is no race planned in America for Season 9, but it remains a favorite for one of the two remaining open spots. Rumors have mentioned utilizing portions of COTA in Austin, TX, the Indianapolis Speedway, given the new link to Penske, or St. Petersberg, Florida where IndyCar runs.

Expect a finalized Season 9 calendar as we draw closer to pre-season testing in December.