NASCAR is back at the Charlotte Roval this weekend. Seven spots are available in the next round, so who can inch closer to the championship?

It finally happened. It took until the fifth race of the playoffs but a playoff driver finally won a playoff race. Chase Elliott became the first driver to clinch a spot in the final eight after narrowly winning at Talladega last weekend. Now the focus shifts to the Charlotte Roval, where four more drivers will be eliminated from playoff contention.

Elliott beat his good friend Ryan Blaney by less than a tenth of a second last week to win. It was a great effort by him, too, as he got a strong restart on the final green-white-checkered and moved up to take the lead off the top line, which eventually vaulted him to victory. He now gets to race carefree at one of his best tracks and can carry even more momentum into the final four races with another strong performance.

The Roval presents yet another unique challenge for the drivers in the playoffs. Surviving Talladega was hard enough for most of the field, but the specific skillset required for road courses will make this weekend a tougher challenge for some. Now, these are some of the best drivers in the world, so they’ll be ready regardless. Surely though, a driver like William Byron, who has an average finish of 18.4 at road courses in his career would have liked to have clinched by now over Elliott, who has six career road course wins.

The playoffs will test every aspect of a driver’s talent. To win a championship you have to perform well everywhere, and this weekend the drivers will have to work out their road course muscles if they want to continue on their quest for the title.

One month from today. #Championship4 pic.twitter.com/bRjbpybfFo

The Charlotte Roval is a recent addition to the NASCAR schedule, first appearing in 2018. The NASCAR Charlotte Roval race utilizes part of the oval at Charlotte Motor Speedway as well as an infield course. It has produced some entertaining racing in its short time and has been dominated by Hendrick Motorsports, who have won three of the four races there so far. Chase Elliott won two of those races, and will likely be in the mix for his third win this weekend.

The track is 2.32 miles long with 17 turns, constantly requiring the drivers’ maximum focus. The layout begins on the oval’s start/finish straight, then Turns 1 and 2 are medium-speed left-handers that take the drivers into the infield. Turns 3 and 4 take the drivers back to the right and Turns 5 through 7 loop back around toward the oval. Turns 8-10 take the drivers up the oval banking and onto the backstretch.

A tight chicane then approaches on the back straight to break things up before the drivers head around the other end of the oval banking back toward the front stretch. Another slow chicane awaits the drivers and makes up the final few turns just before completing the lap. This is a popular spot for drivers to make lunges and late efforts to win, sometimes resulting in late drama. 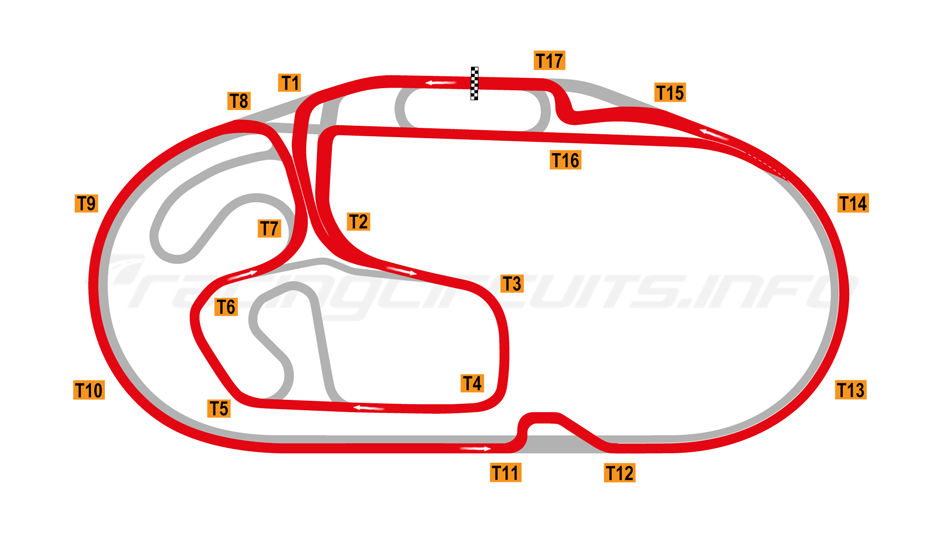 There have been some significant updates to the standings before this weekend. William Byron received a 25-point penalty for his incident at Texas with Denny Hamlin, but that has now been reversed. A National Motorsports Appeal Panel has rescinded his points penalty, and instead doubled his fine from $50,000 to $100,000. As a result, Byron jumped from 10th place, and 11 points below the cutoff, to seventh place and 14 points above the cutoff. That is a huge update to drop just before the race weekend and brings big changes to the playoff landscape for Sunday. Let’s now take a look at where the drivers stand ahead of this weekend.

*Clinched a spot in the Round of 8

**Alex Bowman will not race in Charlotte. He also missed last week’s race in Talladega as he recovered from concussion-like symptoms stemming from a crash in Texas on Sept. 25. Noah Gragson will again race the No. 48 on Sunday.

It almost seems fitting that road-course specialist A.J. Allmendinger slots into the Cup Series for this weekend’s race. He picked up a full-time seat again in 2023, but I don’t think he’ll have to wait until then to pick up a Cup Series win. Let’s get back to non-playoff drivers taking wins. I think Allmendinger comes in and creates more chaos for his fourth straight win at the Roval (first three in the Xfinity Series).

How To Watch: NASCAR Bank of America ROVAL 400 (All Times EST)