In 1999, NASCAR Hall of Fame member, Tony Stewart, took the Cup Series by storm in his rookie season. Jimmie Johnson and Ryan Newman set the standard for rookie drivers in 2002. Cole Custer punched his ticket into the 2020 playoffs.

All four drivers listed won a race in their rookie seasons.

While Kyle Larson didn’t win in his, he was the breakout star of the 2014 class.

But for every rookie driver who excelled in year 1, many more fell flat. Especially drivers who came off a dominant season(s) in the XFINITY Series and Truck Series.

“I think every level in the sport you go to from Trucks to XFINITY to Cup,” Austin Dillon said, “there is a another level you have to reach as a driver to step up your game.”

In 2013, a strong, consistent season won Dillon the XFINITY Series championship, despite going winless; a year after winning Rookie of the Year honors.

This came two years after winning the Truck Series championship, and winning Rookie of the Year honors the season prior.

“I get to the Cup series and I was hoping it would be the same way,” he said. “You know, win a Rookie of the Year and go win a championship the next, but it’s a different level and I’ve learned that over the last couple years.”

It took until Dillon’s fourth season in Cup to reach victory lane for the first time. Since then,  he’s consistently made the playoffs; only missing 2019.

This trend played out with multiple drivers.

Alex Bowman, a hot prospect from the ARCA Menards Series, was saddled with a back marker ride for two seasons. Thanks to his substitute role for Dale Earnhardt Jr. in 2016 that he got a chance in a top ride in 2018 and beyond; culminating in his first career Cup Series victory at Chicagoland Speedway in July 2019.

Kurt Busch entered the Cup Series in 2001, hot off a second-place points finish in the Truck Series, and fell flat on his ass and finished 27th. It was in his sophomore season that he drove like the generational talent we know him for, today, to a third-place points finish.

Even his younger brother, Kyle Busch, took a few years to become the transcendent talent that’s dominated Cup, XFINITY and Truck for most of the 2010s.

“If you don’t finish the top-10, you’re struggling every week,” Dillon said.

“I mean you could have a good crew good team good car good pit crew and still not win. You have a fastest car, (can) still not win. Every week is just a challenge. So, learning, I think, the learning process from a rookie to the next year is it’s big. That’s why we get so excited about rookies that come in and finish well early on in their career because you hope that the only way forward is up because they’re not getting some great finishes out their first year.”

Of course, one could say it just demonstrates the level of talent that permeates the Cup Series. Not everyone has the talent to make it big in the Cup Series. Those who do will, provided they continue to learn from those who have.

“They’re probably going to be fine.” 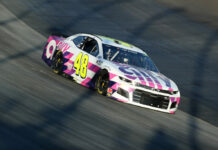 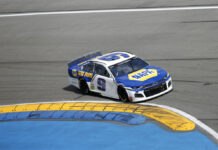 What effect a larger spoiler played at Daytona