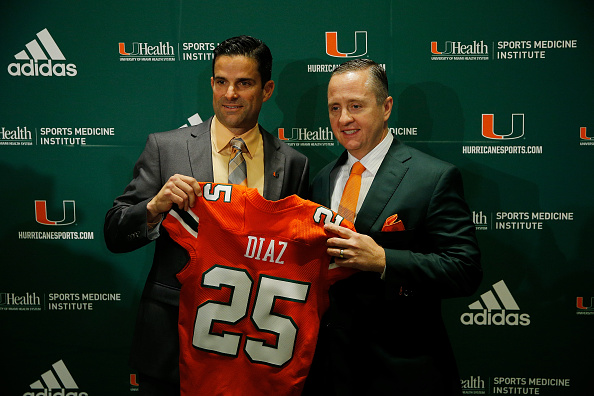 It wasn’t long ago that the Miami Hurricanes were certain that Mark Richt would be in the program’s future. Richt was responsible for Miami having it’s first winning season since 2004. However, Manny Diaz had a huge part in Miami’s success as well being the defensive coordinator. Having taken the job as Temple’s head coach […] READ MORE 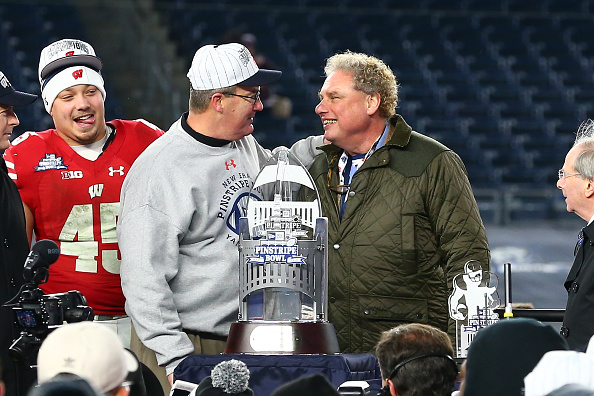 Miami felt most of the momentum that was established during the two game winning streak leave after the bowl game. So many questions surround the program as to what has happened in such a short time. For the Wisconsin Badgers, the team rode on their All-American running back the entire night. Jonathan Taylor finished the […] READ MORE

How often is it that two teams meet in consecutive year’s in a bowl game? That seems to be the case for the Miami Hurricanes and the Wisconsin Badgers. This will be the team’s third matchup since the year 2009. Ironically, that is more times than the Hurricanes have faced ACC opponent Wake Forest. Interestingly […] READ MORE 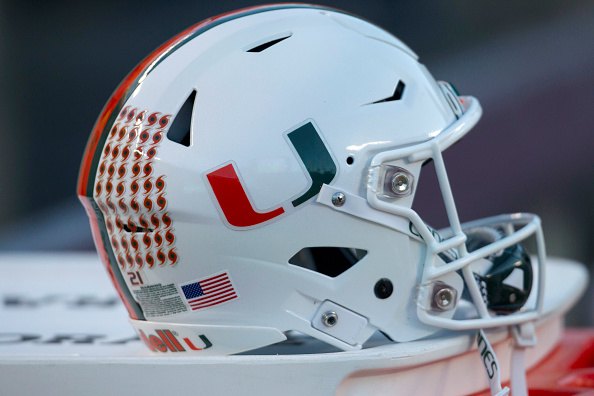 In a weird twist of fate, last season’s Orange Bowl will have a rematch. This year, however, the game will be held in New York for the Pinstripe Bowl. The Wisconsin Badgers opened the year as the number four team in the preseason while the Miami Hurricanes were eighth. In addition to both teams not […] READ MORE 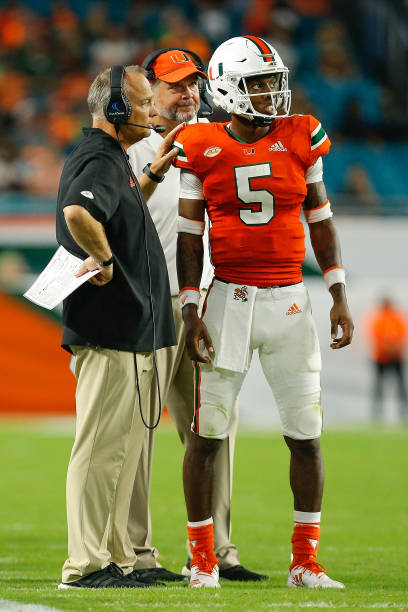 This season has been quite the rollercoaster for the Hurricanes. After entering the preseason in the top ten, Miami finished the regular season with seven wins and five losses. Whether the preseason expectations were too lofty or coaching blunders are to blame, the consensus is Miami went backwards. Offensive Breakdown Quarterback The most heavily scrutinized […] READ MORE 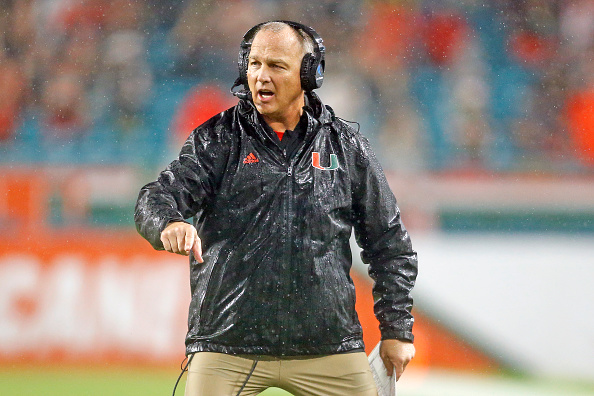 Time is running out on the Hurricanes in their quest to secure a bowl game. During the preseason, this match-up against Virginia Tech looked like it would determine the ACC Coastal champion. Reality of it is that both teams now need wins just to be eligible for a lower tier bowl. The Hurricanes know the […] READ MORE 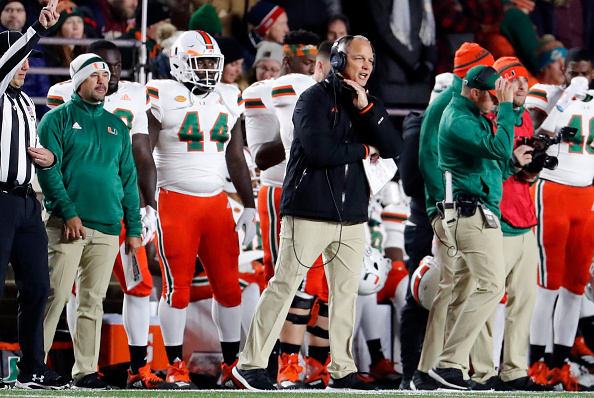 When the season started not many predicted the Miami Hurricanes to have three losses at this point. So to say Miami has fallen short of expectations would be the honest truth. It has to be remembered they are coming off of a ten win season, where at one point they were number two in the […] READ MORE 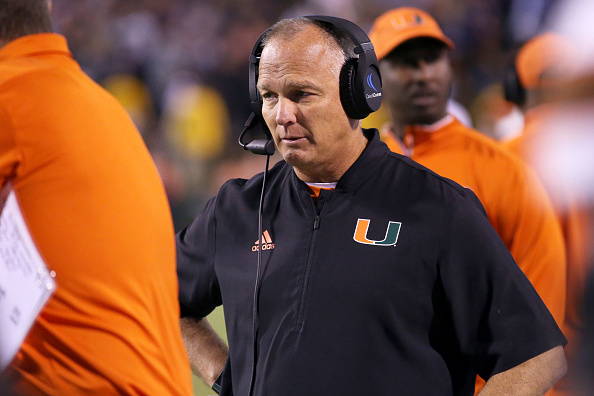 The Hurricanes are entering the bye week after arguably the most disappointing loss in Mark Richt‘s tenure. Miami lost to the Virginia Cavaliers last Saturday when N’Kosi Perry was benched after throwing two interceptions in the first half. Now the Hurricanes enter their bye week with more questions than answers as to what the season may […] READ MORE 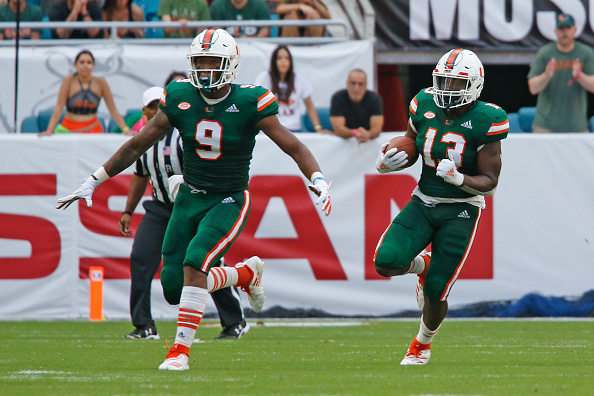 Following the largest comeback victory against the Florida State Seminoles, Miami officially enters the second half of it’s schedule. The Hurricanes will play four of the next six games on the road against conference opponents. Some of the opponents Miami is set to travel to include Boston College and Virginia Tech. Before taking a look […] READ MORE 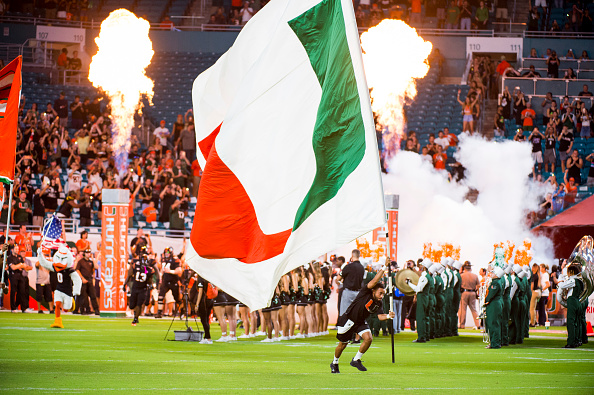 It’s possible that you’ve heard within the last two seasons that Miami could possibly be back. Well it would be hard to confirm that in week six of Mark Richt‘s third year at Miami. With an upcoming rivalry game against Florida State this Saturday, now is the perfect time to believe in the Hurricanes football program. […] READ MORE