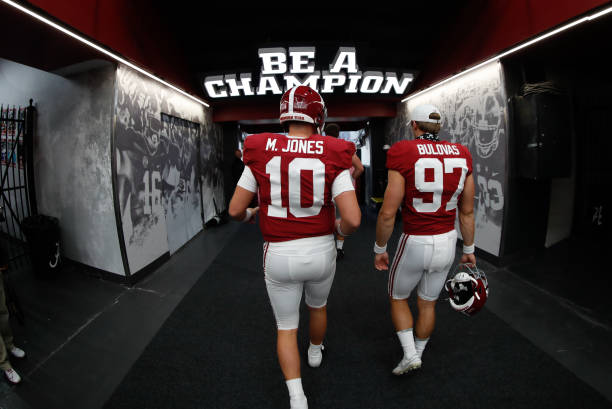 The College Football Playoff starts on January 1st, but it usually feels like there are early games throughout the year. Last Saturday, the season’s highly anticipated game between the #3 Georgia Bulldogs and the #2 Alabama Crimson Tide was bound to test the players and coaches to their limits. Despite being favored to win, there […] READ MORE 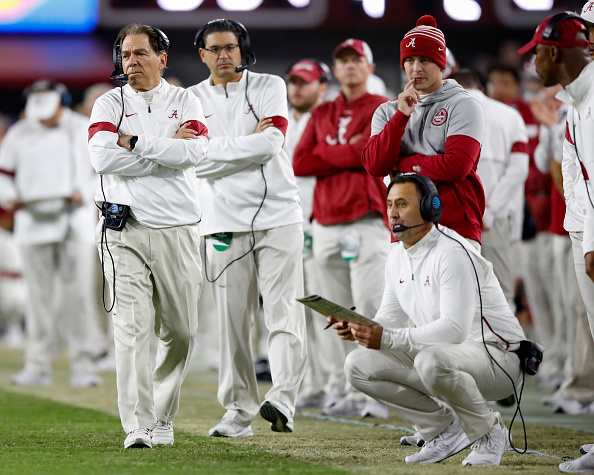 The #2 Alabama Crimson Tide has had a tough week from this past Saturday to now. Their defense faced heavy scrutiny from the fans and media after the Ole Miss game. On Wednesday, it was announced head coach Nick Saban along with athletic director Greg Byrne has been tested positive for COVID-19. This Saturday, the […] READ MORE 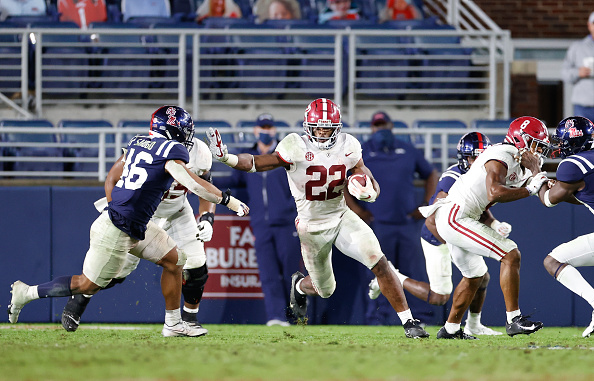 Last Saturday was one of the most chaotic weekends in recent memory. The #4 Florida Gators and the #17 LSU Tigers both lost in disappointing fashion. The #13 Auburn Tigers almost lost a huge game to Arkansas in a controversial finish. Meanwhile, the #2 Alabama Crimson Tide knew they would endure in a tough offensive […] READ MORE 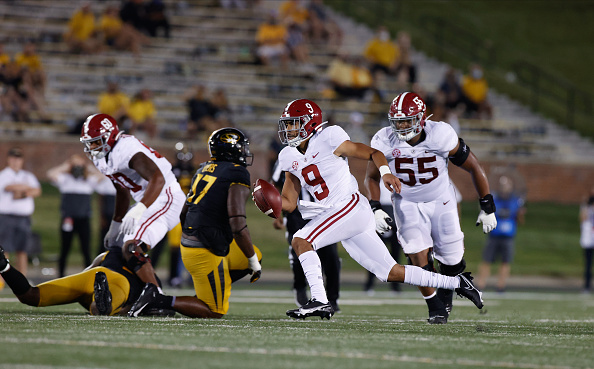 After week four of the 2020 College Football season, we are already seeing which SEC teams are the serious contenders. Teams like the LSU Tigers showed they are not the same championship defending team after losing their first game of the season. Meanwhile, teams like the Alabama Crimson Tide and Florida Gators look like they […] READ MORE 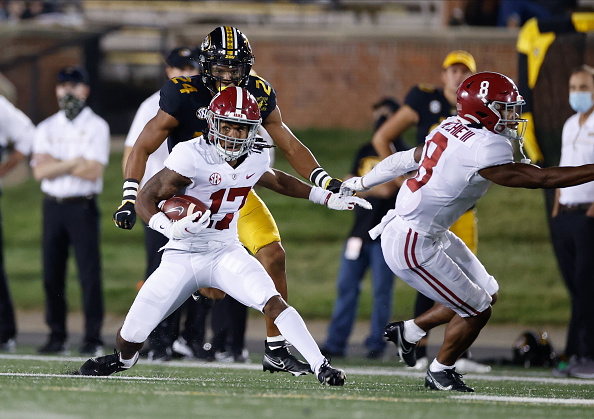 The first week of the season for the SEC brought excellent performances and shocking upsets. For the #2 Alabama Crimson Tide, it was busy as usual as they traveled to Columbia, Missouri and dominated the Missouri Tigers 38-19. Tide Nation was looking forward to seeing the progress of the Bama without much of a spring […] READ MORE 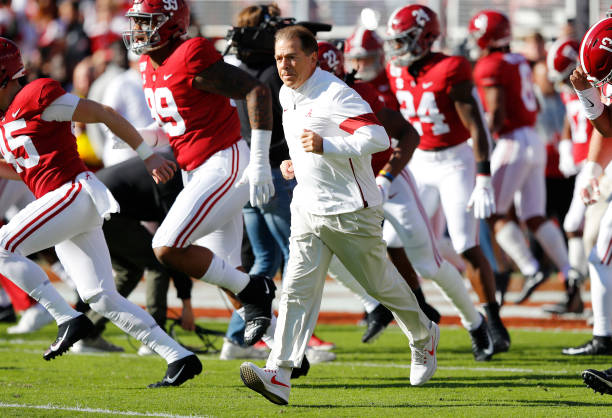 Most of the teams playing in the fall of 2020 have already kicked off and are well into their seasons. Now it is time for the SEC and the second-ranked Alabama Crimson Tide to kick off their season. The Tide are looking to use this season as a revenge tour after missing the College Football […] READ MORE 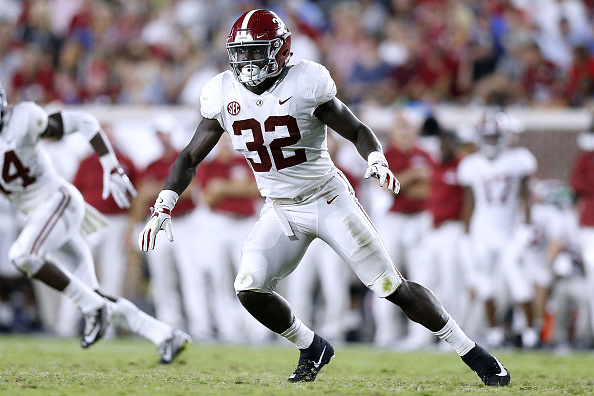 2020 Alabama Player Profile: Middle Linebacker Dylan Moses The Alabama Crimson Tide consistently has a defense that is highlighted by a star middle linebacker to lead. The Tide was looking to become one of the most efficient defenses in the nation last year until the season-ending knee injury to junior linebacker Dylan Moses shortly before […] READ MORE 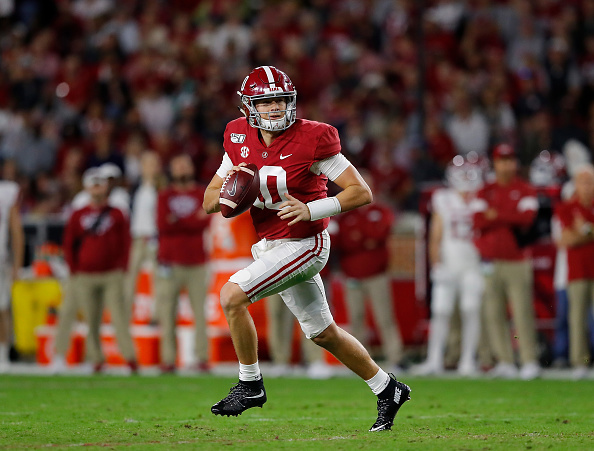 The Alabama Crimson Tide are looking to redeem themselves from a 2019 season where they missed out on a major bowl game or a playoff game since 2010. To get themselves back in the playoff hunt, they must solve some questions whenever they are allowed to get back to training camp. All programs are sitting […] READ MORE 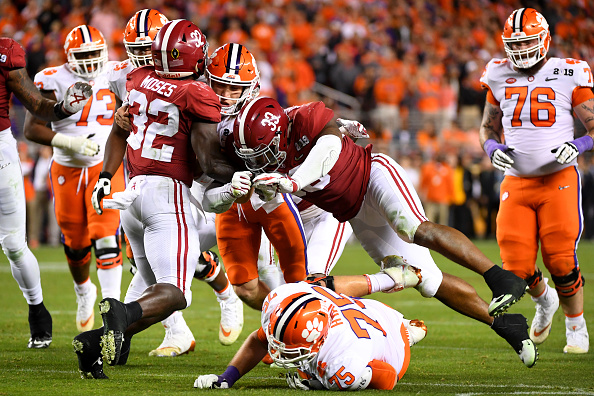 The Alabama Crimson Tide is a program with a long history of creating championship teams and NFL-caliber players. Whenever it is time for early NFL Draft announcements, the Crimson Tide usually has a handful of talented players depart. Among some of the early departures include quarterback Tua Tagovailoa, wide receiver Jerry Jeudy, wide receiver Henry […] READ MORE 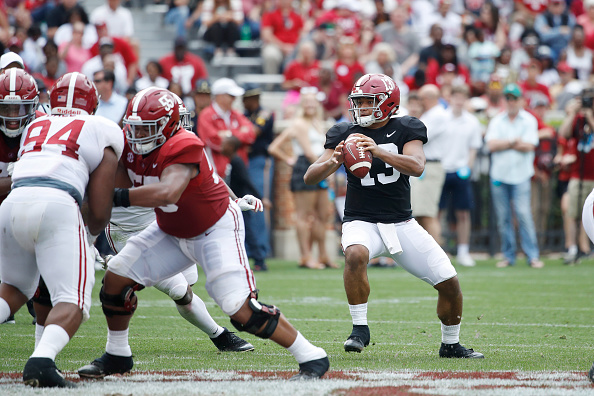 The revenge/rebound tour for the Alabama Crimson Tide is finally here with the start of their 2019 season. Throughout the offseason, the Tide have been more determined than angry after their 44-16 loss to the Clemson Tigers in the 2019 National Championship. Their 2019 season starts once again in a non-conference neutral site in the […] READ MORE