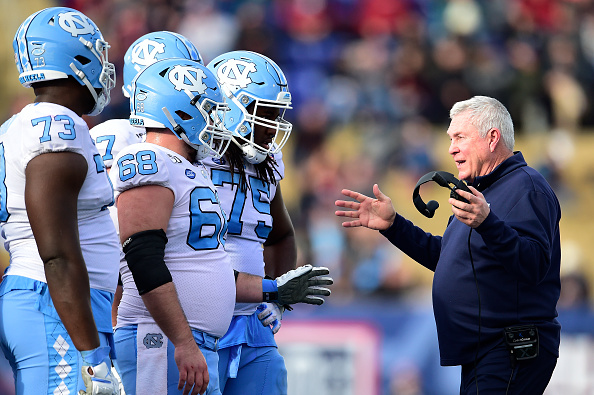 When Mack Brown took over once again as North Carolina’s head coach, many observers and Tar Heel fans wondered if he would still have his recruiting touch. Brown proved himself as one of the nation’s best recruiters for over 30 years. However, he was now 69 years old and returning to lead a program that […] READ MORE 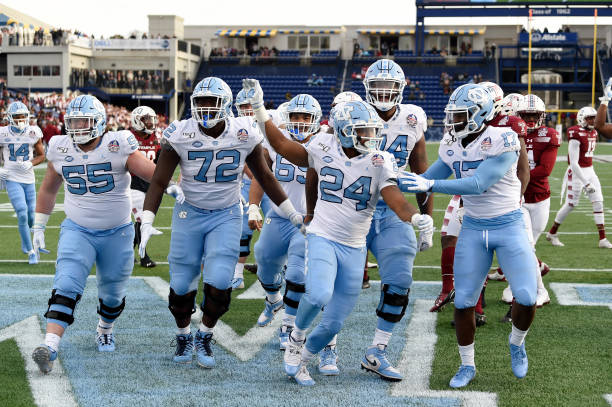 The college football season may be over, but the North Carolina football staff isn’t taking any time off. After finishing the season hot, the Tar Heels’ momentum has carried into the offseason. Head coach Mack Brown has made two staff changes while receiving commitments from several highly ranked players in the class of 2021. As […] READ MORE 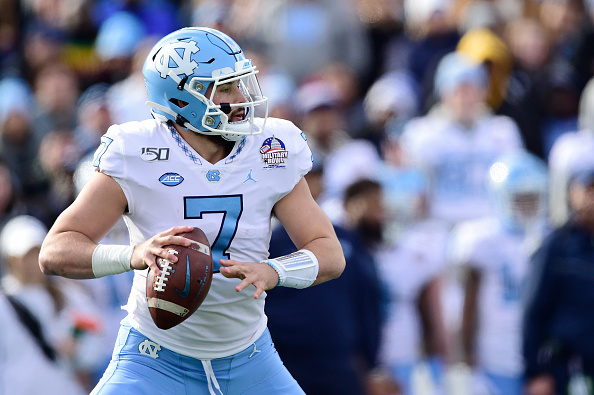 The North Carolina Tar Heels finished 2019 hot. After winning the last two games of the regular season to become bowl eligible, the team brought its momentum to the Military Bowl in Annapolis. The result was a 55-13 thrashing of the Temple Owls and well-deserved optimism for 2020. Tar Heels Finished 2019 Hot North Carolina’s […] READ MORE 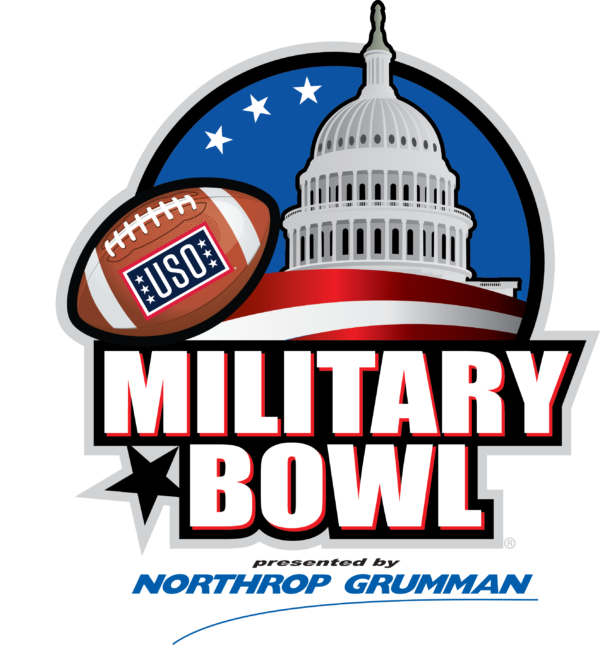 North Carolina and Temple will square off in Annapolis on Friday in the 2019 Military Bowl presented by Northrop Grumman. This is a bowl game with potential to go down to the wire, as the two programs seem to be very evenly matched. The Tar Heels are currently a four-point favorite; however, this game could […] READ MORE 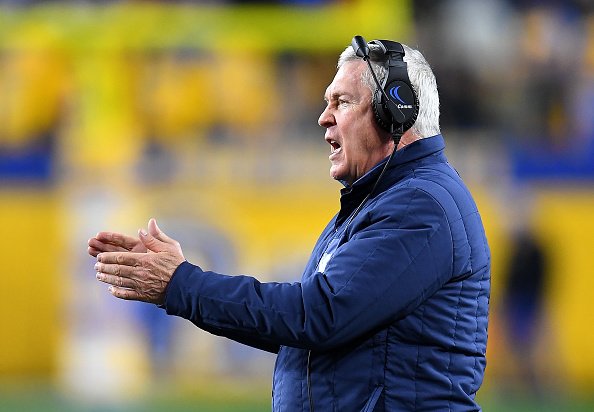 Christmas arrived early in Chapel Hill Wednesday, as North Carolina signed a stellar recruiting class. Mack Brown and his staff currently have a class ranked #17 nationally; only Clemson has a higher ranked recruiting class in the ACC. Many of this year’s recruits won’t have to wait on the sidelines for long before getting the […] READ MORE 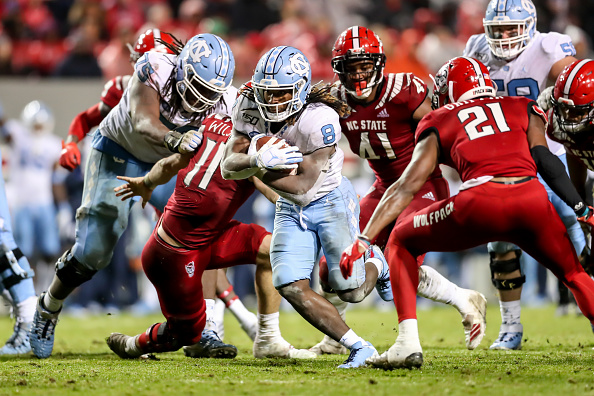 North Carolina entered the last two weeks needing back to back wins to become bowl eligible. The team has done just that, and in impressive fashion. Led by freshman quarterback Sam Howell, North Carolina has scored 97 points over the last two games, including a second half explosion Saturday at NC State. Now, a bowl […] READ MORE 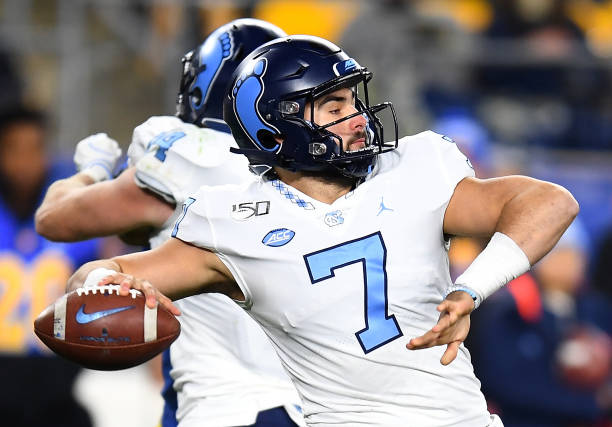 North Carolina and NC State have been facing off on the gridiron for over a century. The two programs simply don’t like each other, no matter what they’re playing for. This year is different; this has the makings of a war in Raleigh on Saturday night. North Carolina is playing for a sixth win and […] READ MORE 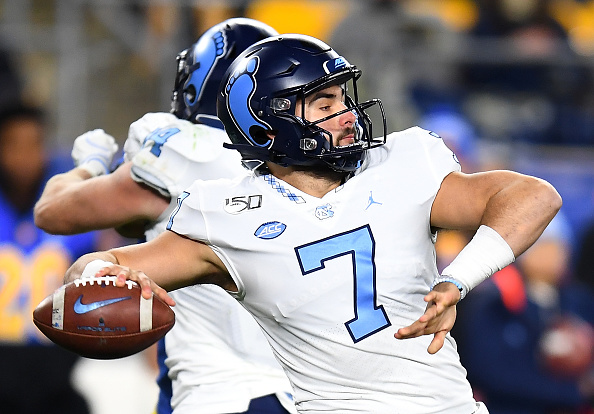 North Carolina’s regular season, and bowl hopes, have come down to two games. If the Tar Heels win both, they will go bowling. And if they don’t, the 2019 season is in the books. They will host Mercer for Senior Day this Saturday, before heading to West Raleigh the following week for a likely make-or-break […] READ MORE 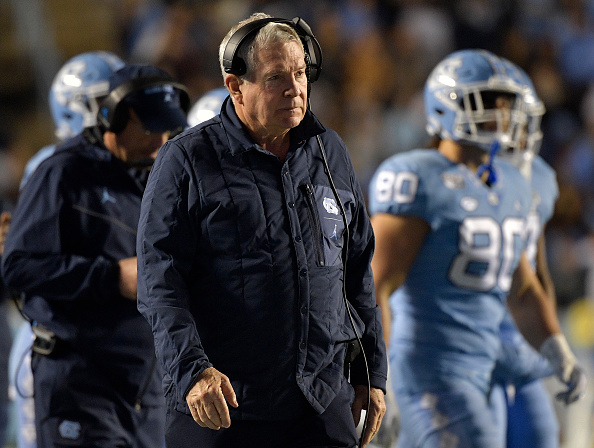 North Carolina’s football season is down to the last quarter. The Tar Heels hold a 4-5 record with three games left and postseason hopes on the line. Opportunity is knocking, and now the question is whether the Tar Heels will answer. North Carolina will travel to Pittsburgh this Thursday for a clash with the Panthers, […] READ MORE 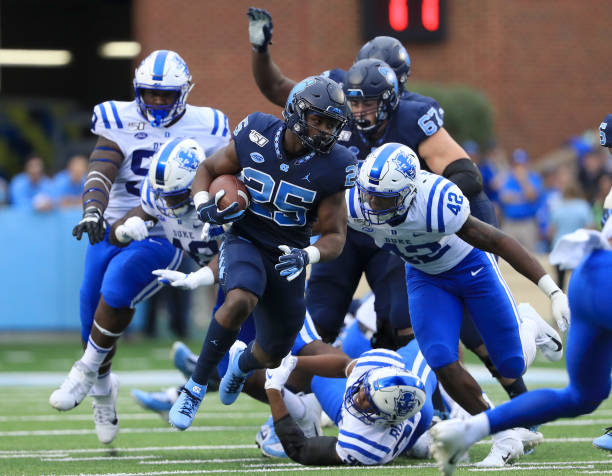 North Carolina kept its ACC Coastal Division hopes alive on Saturday with a dramatic win over the Duke Blue Devils. The Tar Heels’ victory, combined with Virginia’s loss to Louisville, has North Carolina tied with the Cavaliers atop the division. The two programs will now do battle in Chapel Hill this Saturday night. A win […] READ MORE