Bowl season is underway, and the New Mexico Bowl is up next. This will be a fun and exciting matchup between the Hawaii Rainbow Warriors and the Houston Cougars. This game has been moved to the Toyota Stadium and will be played in Frisco, TX. The location of the game has been changed because of the strict collegiate COVID-19 guidelines that exist in the state. Kickoff is at 3:30 PM E.T. and will be televised on ESPN. Houston is currently an 11.5-point favorite and is being given an 82 percent chance to win the game. Check out the 2020 New Mexico Bowl Preview for more.

The New Mexico Bowl traditionally has tie ins to the Mountain West Conference and Conference USA. However, this year the Houston Cougars of the American Athletic Conference will take the Conference USA spot. Hawaii and Houston do not have a rich matchup history; however, they have met once before in 2003. Hawaii would end up winning this lone game to the score of 54-48.

But it is 2020 and there is always room for change. Hawaii finished fifth in the MWC with a 4-4 record. Houston finished sixth in the AAC with a 3-4 record. Bowl games are usually reserved for the teams who outperformed the majority of their conference. However, because of the current state of football affairs, these two teams were able to sneak into a bowl game with less than five wins. Regardless, this does not mean that they do not belong here.

Hawaii had a very average year by record standards. The Rainbow Warriors finished the year with a .500 record but let’s dig a little deeper than that. Hawaii relied heavily on the play of their sophomore quarterback Chevan Cordeiro. He proved that he could break defenses down through the air as well as on the ground. Cordeiro passed for 1,947 yards which has him ranked 35th in the nation in this category. He also threw for 11 touchdowns and six interceptions in 2020. However, his biggest asset is his ability to elude opposing defenses. Cordeiro was also the leading rusher for Hawaii. He rushed for 450 yards on 108 attempts including seven rushing scores.

One of Hawaii’s weaknesses is its defense. They allowed on average 29.25 points/game in the 2020 season. The defense also did not have a great turnover rate as they only recovered five fumbles. Hawaii’s defense also only intercepted nine passes from opposing offenses all year. The Rainbow Warriors had one of the easiest strengths of schedules in the nation, however, they were still only able to win four games.

Houston is very similar to Hawaii in the way that it approaches its offense. Houston relies heavily on their quarterback Clayton Tune to get it done through the air. Tune has 1,832 passing yards on the season which ranks him 44th in the nation. Tune also threw for 13 touchdowns and seven interceptions. Houston’s leading rusher is Kyle Porter with 394 yards on 96 attempts, including four rushing scores and one receiving touchdown. Tune is the next leading rusher for the Cougars with 269 rushing yards on 62 attempts and five rushing touchdowns. Houston is scoring 32.2 points per game which ranks them 39th in the NCAA.

Much like Hawaii, one of Houston’s biggest weaknesses is its defense. The Cougars rank 90th in the NCAA, allowing 32.6 points per game. However, Houston is much less efficient at creating turnovers. The Cougars have only recovered three fumbles and intercepted three passes this season. Houston does not have a defense that will keep opponents out of the endzone, however, it hopes that its offense can keep the game close. Houston has had a rather difficult schedule. The Cougars had the tenth most difficult schedule in all of football.

For Hawaii to win this matchup, the Rainbow Warriors will need its defense to be dominant. Houston can put points on the board pretty quickly, however, if the defense stops the Cougar offense, the Rainbow Warriors will have a very good chance. Hawaii must also continue to rely on Cordeiro to keep the offense in the game. Hawaii will need to keep up with Houston’s offense, however, if the defense does their job, this game will be much closer than anticipated.

For Houston to win this matchup, Tune will have to be dominant and not turn the ball over. The Cougar defense might have trouble stopping the Rainbow Warrior’s offense. However, if Houston can be efficient on offense all game, they have a chance to pull off the victory by simply relying on keeping up with the scoring. This is Houston’s game to lose. 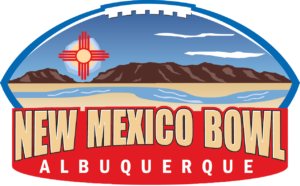