As things seem to stand as of this writing, Tenille Dashwood, known in the WWE as Emma, has not signed with the company as of her surprise return this past Friday on SmackDown, getting to challenge ‘Rowdy’ Ronda Rousey for the Smackdown Women’s Championship. However even if it’s for one night, her return to the WWE shines quite the light on what is a rather impressive career.

What to Know About Returning WWE Superstar

Under the WWE banner, Emma was able to become one of the first true standout names in NXT’s women’s division back in 2014. This came ahead when she challenged Paige at the first-ever NXT special, NXT Arrival, the precursor to the now legendary TakeOver brand of events. Off of that match, little by little, the women’s division in the NXT brand boomed, standing out for having more dynamic female characters who were also able to carry matches equivalent to the men. It contrasted heavily with the “Divas” of that time on Raw and SmackDown whose characters depended more so on how attractive they were and, regardless of their skill levels, their matches could not go past 4 minutes.

WWE gives credit to the quartet of Charlotte Flair, Becky Lynch, Sasha Banks, and Bayley as the pioneers of this movement. However, just as responsible for the current status of women within the WWE are Paige and Emma. Paige, of course, was able to find success on Raw and SmackDown after a memorable debut and feud with AJ Lee before ultimately being forced to retire by injury. However, Emma did not get that same chance in the main roster. While her character was a bubbly, fun-loving one, once brought to the main roster, as with most cases of NXT call-ups, she was simplified to just that. It didn’t work and she was sent back down to NXT; a rare case. She re-invented herself as a somewhat self-absorbed supermodel that was also quite capable and violent in the ring. When one thinks about it, it’s what that bad “Emmalina” idea that was promoted for weeks on end only to be dropped should’ve been. However, Emma’s WWE tenure came to an end in October 2017. 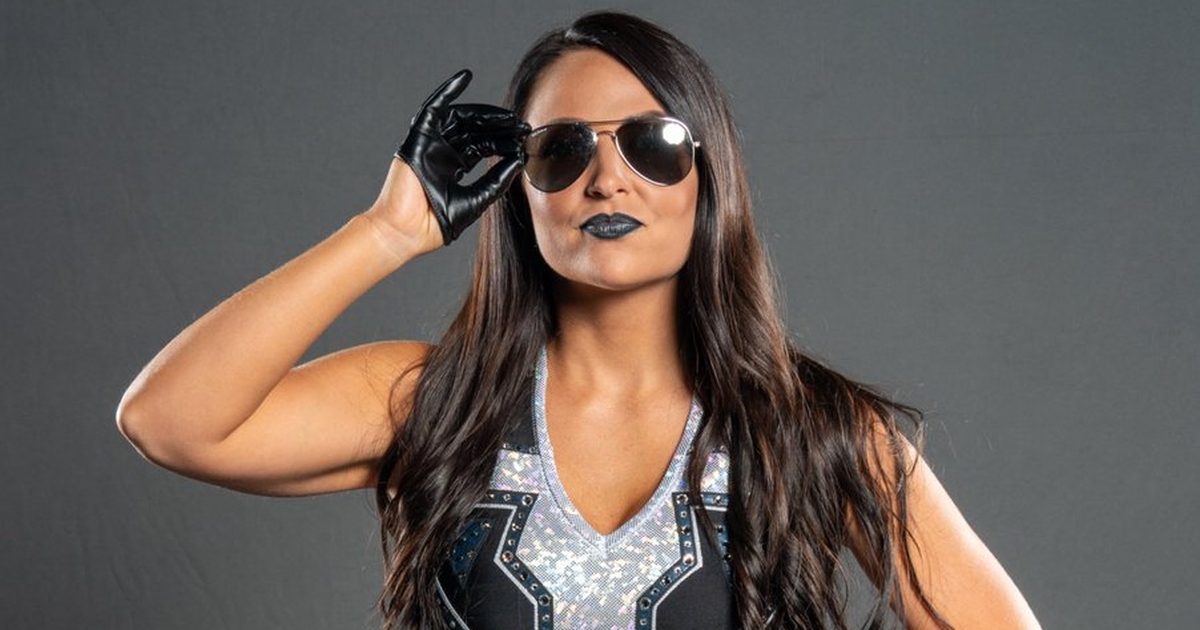 The Backstory of Emma

When one reads about Emma, real name Tenille Dashwood, she has a very impressive career. She began training in 2005, at the age of 13. Of course, she wasn’t competing; she was practicing, setting up the ring and such. Still a teenager, she would leave Australia to go train in Canada with Lance Storm on and off for several years while also competing in the independent scene of the United States; this was just the start of a long journey. After her WWE tenure, said journey would continue. By 2017, companies such as Ring of Honor and IMPACT Wrestling had their own well-established women’s divisions. She would become notable part of their respective rosters for a few years each.

Her return to the WWE, while perhaps not a permanent one, in a way, validates Emma/Tenille Dashwood. She is one of the most well-traveled female wrestlers of this generation, having impactful runs wherever she worked. Sadly, though, she has yet to win a major singles championship. She’s challenged for the NXT and Smackdown Women’s Championship titles and had Pay-Per-View matches for ROH’s Women of Honor Championship and IMPACT’s Knockouts World Championship. However, she has been unsuccessful in winning any of these titles.

Emma Steps Back Into WWE – In Closing

As things stand, Tenille Dashwood is not signed to any major promotion. Her last match under a contract came when she lost to Masha Slamovich on the July 14 episode of IMPACT! Wrestling on AXS TV. Will WWE sign her full-time, or will All Elite Wrestling end up sweeping her away? Maybe a stint in the National Wrestling Alliance is coming now. One thing is for sure: Tenille Dashwood has had an impressive journey and most people sleep on it.