For almost a year now Mission Pro Wrestling has been providing the best in women’s wrestling from the great state of Texas. “Play Hard Hustle Harder” might be their biggest show to date as everyone on the card has really come into their own these past five months since “Empty Promises” put them on the map. 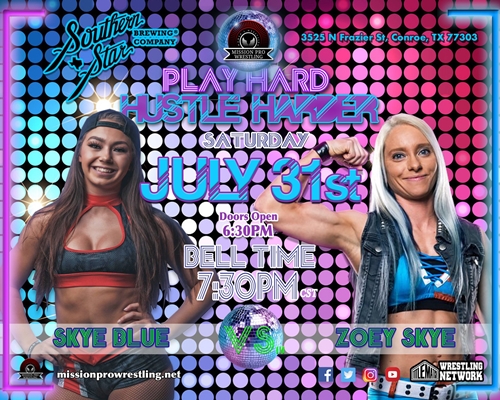 Skye Blue has been around a lot of the other women in Mission Pro Wrestling but has made a name for herself in promotions like AAW, ZERO1 USA, and more recently appeared in NWA. Zoey Skye has seen a lot of work in Japan, as part of Stardom, but since coming back to the states really seems to be finding herself in promotions like Stan Stylez’s Intergender Bonanza, Ohio Valley Wrestling (OVW), and SHIMMER. These women both feel as if they have something to prove and a win here would certainly help them gain more matches and eventually move up the rankings to a title shot. 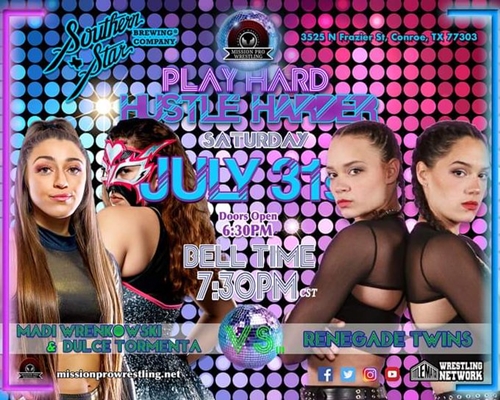 Though this will only be the second match for the Renegade Twins in MPW, Madi Wrenkowski and Dulce Tormenta have never been a tag team before. The fact that the Renegade Twins are literally twins should help them more than anything else in this match, but both of their opponents are still able to get it done inside that ring. 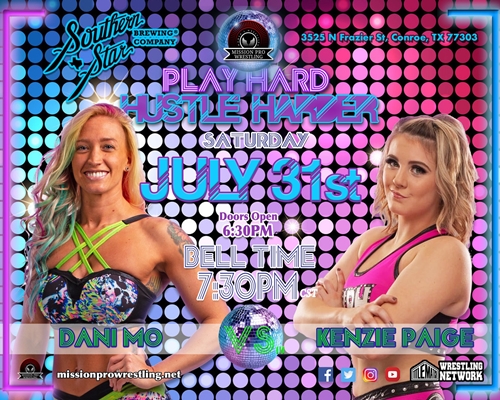 As one half of Petty In Pink, Kenzie Paige is not someone to be taken lightly as she has appeared for numerous promotions including, most recently, NWA. Dani Mo has been making rounds in OVW and is not to be underestimated either. Back in May of this year, these two competed in two matches(for WrestleMerica and KFW) where Kenzie Paige defeated Dani Mo both times. This should help fuel Dani Mo to get that win which has evaded her for these past few months, but also it has to give Kenzie Paige a slight advantage. 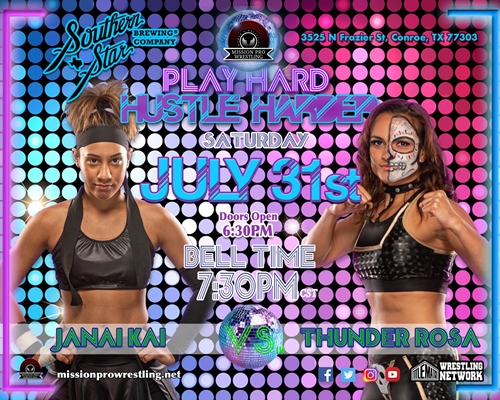 Between NWA and AEW Thunder Rosa is perhaps the only person on this entire card who needs no introduction. However, if you’ve been paying attention to promotions such as Camp Leapfrog, Enjoy Wrestling, Global Syndicate Wrestling, Hybrid Wrestling, and Paradigm Pro Wrestling you will not only know the name of Janai Kai but that when between those ropes she is one of the most dangerous strikers in the game today. Thunder Rosa may have gotten more than she bargained for here but only this match will tell for sure. 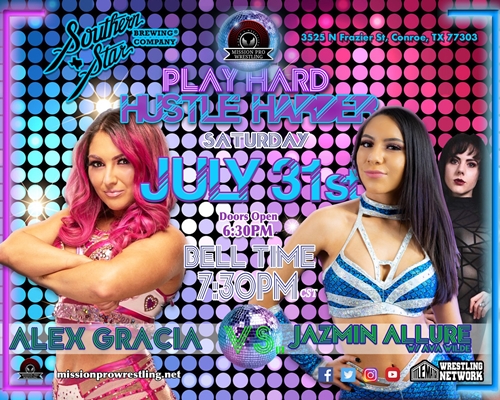 Alex Gracia is no stranger to MPW and she has also been recently appearing in NWA, AEW, and ROH. Jazmin Allure has also spent some time in MPW and has appeared for AEW and Southwest Wrestling Entertainment. These two women actually met in October of 2020 in SWE and Alex Gracia picked up the win. This should be a greatt match and while Alex Gracia will be looking to secure another win, Jazmin Allure has to be thinking of a way to avenge her previous loss. 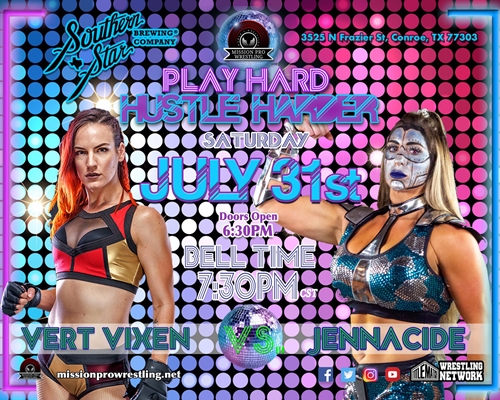 Vert Vixen has recently appeared in AEW while also showing up in New Texas Pro (NTP) and Heavy Metal Wrestling (HMW). Jennacide has found her way to the NWA but both of these women also appear frequently in MPW. Jennacide is coming off of a huge win over Holidead at “Locked N Loaded” back in May, while also boasting victories over the likes of Skye Blue, Savannah Evans, and Lady Frost since then.
Vert Vixen might have more to prove in this match as she was able to score a win over Laynie Luck in HMW but lost a title match against Dani Jordyn in IWE. One of these two women will surely move up the rankings after this match while the other will fall back down and have to do some rethinking. 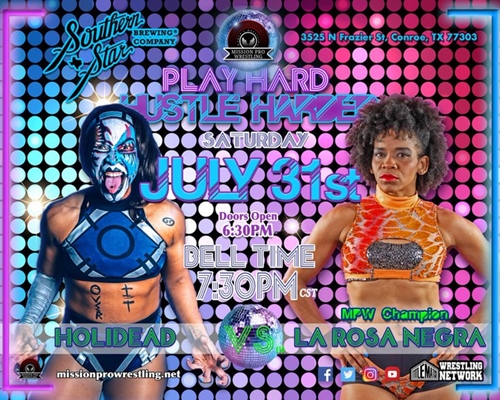 Since becoming the first-ever MPW Champion back in December of 2020, La Rosa Negra has had seven successful title defenses against the likes of Madi Wrenkowski, Raychell Rose, Red Velvet, Masha Slamovich, and others. Her most recent successful title defense was against KiLynn King. But La Rosa Negra has still never faced someone quite like Holidead before. Holidead has two victories over Masha Slamovich and defeated both KiLynn King and Marti Belle at “Keep ‘Em Talkin'”
La Rosa Negra is one of the most fighting champions of any promotion running shows right now. Holidead is going to be her toughest challenge to date. This match will be in a lot of lists come the end of the year and it might also see a historic title change.

Stay tuned to the Last Word on Pro Wrestling for more on this and other stories from around the world of wrestling, as they develop. You can always count on LWOPW to be on top of the major news in the wrestling world, as well as to provide you with analysis, previews, videos, interviews, and editorials on the wrestling world.  If you are unable to attend Play Hard Hustle Harder in person, it will be streaming live and later available on-demand on the Title Match Wrestling Network. You can also enjoy all of MPW’s back catalog of shows on their network.