During the pandemic, Limitless Wrestling was definitely one of the promotions out there who made the best of their time and helped elevate the careers of several promising up-and-coming wrestlers. This couldn’t be made more evident than by the fact that Undeniable is sold out. 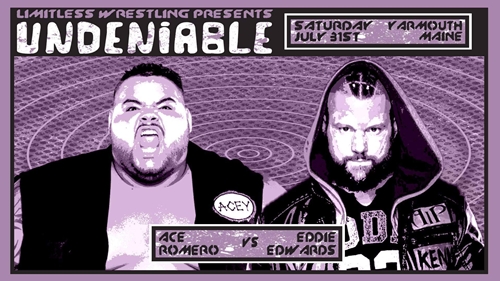 Two wrestlers from IMPACT Wrestling will collide. Eddie Edwards seems to only constantly impress no matter the occasion. Ace Romero on the other hand has been taking his career to a whole other level with matches that have really helped him come into his own. This is going to be hard-hitting and if anyone can use the size of Ace Romero against himself it has to be Eddie Edwards. 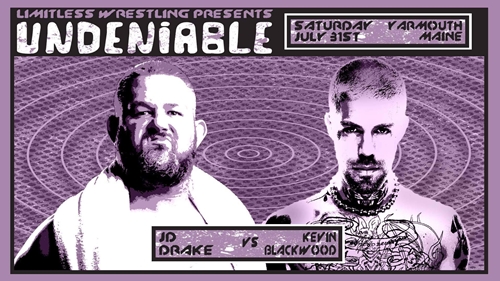 Speaking of hard-hitting here are two wrestlers who just aim to beat each other up. JD Drake, who has been appearing in AEW as of late, looks to take the fight to Kevin Blackwood, who is a skilled technician in his own right. Someone out there in Middle America has this booked as a main event and that just goes to show you how this Limitless card is shaping up! 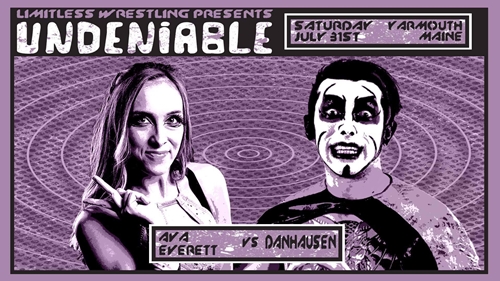 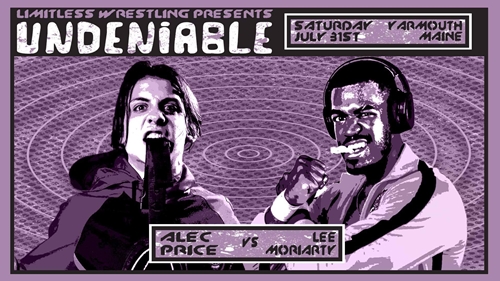 Lee Moriarty and Alec Price have a lot in common. They both are capable of striking while also posing a technical threat. They have a similar build but both contain their power for maximum effect. The difference between them is that Alec Price has been picking up victories in promotions such as Limitless, Beyond Wrestling, and seemingly everywhere that has good wrestling while Lee Moriarty has been in something of a slump since losing the Independent Wrestling Championship to Wheeler Yuta. A win over Alec Price could put Lee Moriarty right back up that ladder but a win for Alec Price would just as well elevate his career path. 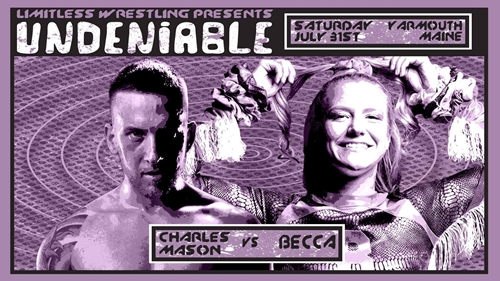 As the leader of the Scrunchie Squad, Becca is certainly a wrestler who has come into their own during the pandemic not just as a character but inside that ring as well. Charles Mason is just a creepy guy who stole one of Becca’s scrunchies and now must pay for it. The way that Charles Mason can channel a movie such as “American Psycho” yet meet in a match with Becca who channels more of a 1990’s film like “Jawbreaker”. These two styles will clash but don’t let the smile of Becca fool you as she can exact her revenge when needed. 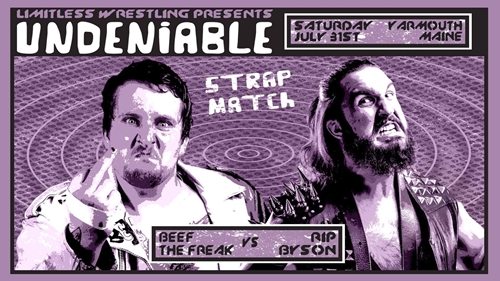 At “Pressure Point”, Rip Byson and Beef The Freak battled to a no contest. Now, there will hopefully be a winner as the two compete in a strap match. This match might look like Harley Race vs Vader in their primes but the level of violence it should create might make the more light-hearted fan a little uncomfortable. This match is going to deliver in the pain and both of these athletes know how to bring it. 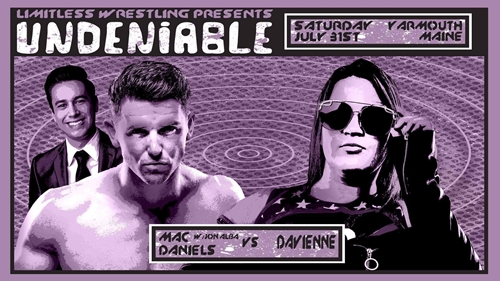 Jon Alba has been a thorn in the side of Davienne for some time now, as all of Prestigious has really. Davienne is hoping to take out her frustrations on Mac Daniels and if there is time leftover perhaps she will get her hands on Jon Alba and end this all finally. Mac Daniels certainly has the talent inside of the ring but the sheer strength and toughness of Davienne is going to feel unstoppable.

Also announced for this show is a Limitless Wrestling World Title defense by Daniel Garcia, though an opponent has not been named. Limitless Wrestling definitely has a solid roster to choose from, with this title shot perhaps going to Tyree Taylor, Jody Threat, Ken Broadway, or Love, Doug. With the matches announced it would also be a safe bet to assume some sort of tag team match is added involving MSP, Sea Stars, The Mane Event, and The Higher Society.