Today, Vincent Kennedy McMahon – also known as Vince McMahon Jr., or simply “Mr. McMahon” – is a legend of the pro wrestling world. Both praised and vilified (and justifiable in both cases in many instances), Vince McMahon bought his father’s World Wide Wrestling Federation (WWWF) in 1982 and turned it into the World Wrestling Federation (WWF), bringing it from a Northeastern US territory into a global phenomenon and making professional wrestling an indelible part of American (and worldwide) pop culture. The launch of WrestleMania in 1985 and the rise of the Rock N’ Wrestling Era of the 1980s changed the landscape of how pro wrestling could be consumed by the masses. And for good and for bad, pro wrestling has never been the same since. But it all started 50 years ago, in 1971, when Vince McMahon would finally promote his first card in professional wrestling, and it all happened out of Bangor, Maine. 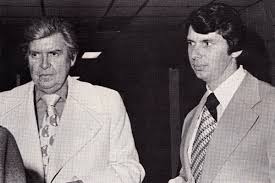 Vince McMahon Jr. was born on August 24, 1945 in Pinehurst, North Carolina, but while he was still a baby, his father, Vince McMahon Sr. and his mother, Victoria Askew, had divorced. McMahon Sr. left the family, taking Vince’s older brother Rod with him. But the elder McMahon didn’t just leave the family, he left Vince Jr.’s life for over a decade. It wasn’t until he turned 12 years old that he finally met his father (and brother) for the first time. Growing up, McMahon became the ire of his mother’s abusive partner, his stepfather Leo Lupton. From the age of 6, McMahon would repeatedly end up on the wrong end of a beating from his stepfather. His school life wasn’t much better. And growing up in a trailer park, life was not just hard but poor. But by the time he met his father in 1957, things began to change for him. His father, Vince McMahon Sr., had recently taken over Capitol Wrestling in Washington DC – originally founded by Vince Sr.’s father (and Vince Jr.’s grandfather) Jess McMahon – after Jess McMahon’s death in 1954 from a cerebral hemorrhage. Jess McMahon had been promoting boxing and wrestling events in Harlem since 1909. Now run by Vince McMahon Sr., alongside Jess’ partner, Joseph “Toots” Mondt, Capitol Wrestling became the top promotion in the Northeast territory of the National Wrestling Alliance (NWA), based primarily out of the Washington DC and Maryland region. But Capitol also controlled New York City and had the control of Madison Square Garden, and it didn’t take long for New York to become one of the biggest regions in the industry.

In 1963, Capitol Wrestling seceded from the NWA – after a falling out over the stripping of Capitol’s top star, “Nature Boy” Buddy Rogers, of the NWA World’s Heavyweight Championship. McMahon refused to recognize the new World Champion Lou Thesz and instead, left the NWA, and rebranded Capitol Wrestling as the World Wide Wrestling Federation. He quickly anointed Rogers as the inaugural WWWF World Heavyweight Champion. By then, McMahon had reconciled with his youngest son and Vince Jr. would accompany his father to many events and became enamored by the larger than life personalities (Vince Jr.’s favorite was Dr. Jerry Graham). “He would take me to [wrestling] shows at the old Uline Arena in Washington,” Vince told New York Magazine in 1998, “and I remember the crowd response and these larger-than-life individuals. The passion was just so strong, I just knew that I wanted to do that as soon as I saw it … My dad always knew that I wanted to be in the business from the first exposure.” Vince Jr. was determined to become a pro wrestler himself, but his father forbade him from entering the ring. In 1968, Vince Jr. graduated from East Carolina University in Greenville, North Carolina with a business degree and was determined to join his father in the family business. Vince Sr. was reluctant – he wasn’t sure he wanted his son to enter such a cutthroat industry. The elder McMahon also knew that the wrestling industry was just as likely to have its lean years as it was its successes. “My dad was pragmatic,” Vince told Playboy in 2001. “He remembered the bad years” he’d had. He’d say, ‘Get a government job, so you can have a pension.'” 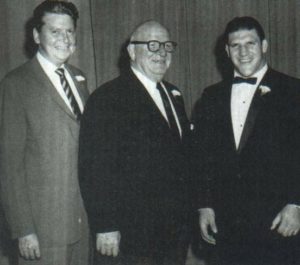 In 1969, Vince Sr. finally let his son come to work at WWWF. He was more of a gopher behind the scenes for much of his early years, but Vince Jr. was constantly in his father’s ear, begging for more responsibility. The younger McMahon had more of a passion for the entertainment aspect of it than his father and grandfather and he had ideas beyond the routine bookings that promoters usually did. “Promoters didn’t do much [back then],” Vince recalled to Cigar Afficianado in 1999. “Some were still doing studio wrestling, where you’d bring a crowd of 60 people into a studio. Magazines were on a cheap paper, all filled with blood and guts. I had this instinct wrestling could be better, bigger.” The constant badgering from Vince Jr. finally got to Vince Sr. and the latter finally came up with a plan. In 1971, he decided he was going to send his son to the most northern region of his territory in the state of Maine.

“We had a promoter in Bangor, Maine, who was stealing too much money,” Vince Jr. recalled to the New York Times in 1999. But while on the surface it appeared like he was giving his son an opportunity to prove his worth in an executive position in the company, many of the other elder executives knew it was mostly likely something else – an exile to the barren regions in northern New England in hopes it would kill Junior’s enthusiasm and finally push him out into the real world and find a proper job. But going to Maine didn’t break Vincent Kennedy McMahon – instead he broke out. “I went to Bangor, the northernmost outpost of my dad’s territory,” he continued in his 2001 interview with Playboy. “Now I’m hustling, promoting a product I love. People cheer and boo and have a good time, and I leave with some money in my pocket. Goddamn, life is good! Started making my way south, promoting areas that hadn’t been promoted before. First thing you know, half my dad’s business is in New England.”

Vince McMahon Sr.’s WWWF had been promoting in the Maine area since 1966, starting out in Portland, before expanding to Bangor and Augusta by 1970. Under the younger McMahon’s direction, they began to add more towns to the circuit, including Waterville, Belfast, Hammond, and Lewiston. WWWF’s presence in Maine had increased tenfold. Vince Jr. was rewarded not only with a growing presence in the board room meetings of the booking committee in WWWF, but also broke his own father’s golden rule – that promoters should never appear on television – when he was named as the new play-by-pay commentator for WWWF’s new program, All-Star Wrestling, which debuted in October of 1971. The new show was taped in Hamburg, Pennsylvania, and replaced WWWF’s previous program, Heavyweight Wrestling, that ran out of Washington, DC from 1956 until 1970. McMahon’s hiring as commentator replaced Heavyweight Wrestling‘s popular commentator, Ray Morgan. Not only was McMahon Jr. now a promoter for WWWF, he was now an on-screen personality. 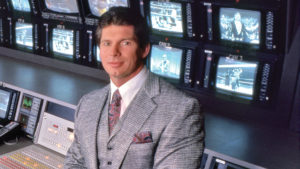 Vince McMahon Jr. would remain in his commentator position up until 1997 – when the Montreal Screwjob forced him to become the evil Mr. McMahon character away from his desk – but it wouldn’t be until 1982 that he would become the company’s head promoter for the entire national (and by that point, international) organization. In 1979 (around the same time that the WWWF rebranded as simply WWF), Vince McMahon Jr. – alongside his wife, Linda McMahon – founded Titan Sports and in 1982, he bought out his father’s ownership shares in the WWWF, as well as Vince Sr.’s three other business partners at the time – Gorilla Monsoon, Arnold Skaaland and Phil Zacko. By 1983, Vince McMahon Jr. once again seceded from the NWA (Vince Sr. had returned to the NWA in 1971) and against his father’s wishes of keeping WWF as a regional Northeastern US territory, Vince took the WWF global. His aggressive invasion of NWA territories caused the long-outdated National Wrestling Alliance power structure to implode on itself, with other NWA promoters either going under or seeking to buy up other territories (like Jim Crockett Promotions did in the mid-80s expanding beyond Mid Atlantic to absorb Mid-South, St. Louis Wrestling Club, Midwest Wrestling Association, Central States Wrestling, Championship Wrestling From Florida, and most of the Southern territories before becoming World Championship Wrestling (WCW) in 1988 upon sale to Ted Turner).

Fifty years later, Vince McMahon Jr. has just sold his WWE Network to NBCUniversal for its own Peacock service, while securing previous billion dollar TV rights deals with USA Network and FOX Sports. WWE is the most financially secure it’s ever been in its history (despite declining ratings) and pro wrestling continues to be a part of pop culture, for good or for bad. “I knew my dad wouldn’t have really sold me the business had he known what I was going to do,” he told Matt Lauer on his TV series, Headliners & Legends, in 1999. “The vision of an international point of view of our business was nothing new. I wanted to do that from day one. My dad thought I was nuts, and he was right really, but I didn’t know I was nuts. And then we just went about doing it.” And it all started when his dad tried to exile him to the northern US in hopes it would dissuade him from getting deeper into the wrestling business – but instead it started the path for Vincent Kennedy McMahon to change the business forever.