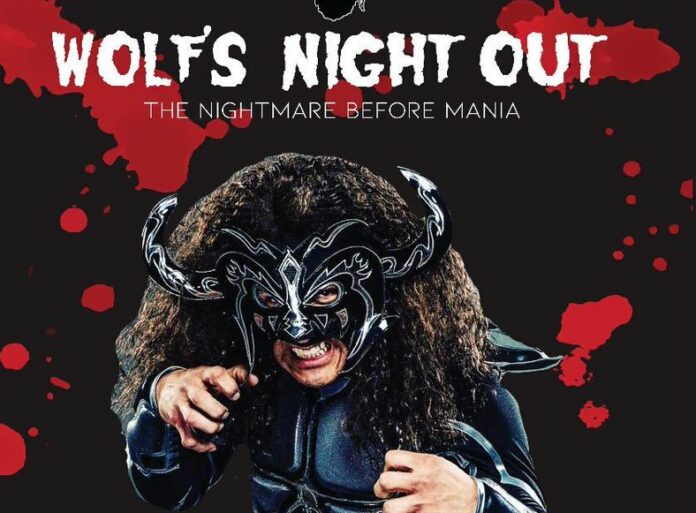 One of the many shows taking part under the We Run This Town umbrella is Wolf’s Night Out Nightmare Before Mania.  The show is named after Mecha Wolf 450 who is booking the show.  While no matches have been announced yet we DO have talent announcements to update you on.

The former Crash Tag Team Champions representing La Rebelion Amarilla Bestia 666 and Mecha Wolf will be on the show.  Whether together or apart these two are nice additions to the show as Bestia brings his brawling ability to the table while Mecha Wolf is a fantastic high flier.

Viva Van has only been wrestling for a few years but she has already made a solid impact in the world of wrestling.  Through co-promoted shows, she has appeared under the banner of IMPACT! Wrestling and AAA and has even been in a dark match for RISE Wrestling. Despite her relative lack of experience, it’s clear that Van has talent and We Run This Town has certainly got behind her this mania week.

Jaynes has wrestled all over the globe in her young career.  In 2017 she had a spell with premiere Joshi company Stardom.  She has also wrestled for lucha promotions The CRASH Lucha Libre and Lucha Libre Femenil and has even wrestled in the UK.  With all of her travelling, Jaynes has picked up a wealth of different styles and experience that she can showcase.

THE Psicosis also features on this show.  While Luchadores like Rey Mysterio and Eddie Guerrero became big names in the wrestling sphere Psicosis has been forgotten to an extent.  When you consider the legendary matches he had in WCW he should be a much bigger star than he is in the US.    He still works prominently in Mexico for multiple promotions so Piscosis is still ready to go at the highest level

Max The Impaler is a scary, scary human.  The physically imposing wrestler has unbelievable strength and an eye-catching look that makes her stand out and helps her strike fear into her opponent’s heart.  Max will be a name to look out for going forward and Mania week could see her make her mark

The Puerto Rican tag team of La Anexion features the very talented Mike Mendoza.  Mendoza and Fashion act as friends and rivals in Puerto Rico and recently traded the WWL World Heavyweight Championship.  These two are easily two of the most talented performers in Puerto Rico and have dominated the scene both as singles and together, now at Wolf’s Night Out they get a chance to show the American audience what they can do during the biggest week of the indie wrestling calendar.

Another Puerto Rican addition to the card.  The team are former WWL tag team champions and have been one of the top tag team’s on the Puerto Rican scene for years now.  A collision between them and familiar foes La Anexion could be a fantastic addition to Mania Week and Wolf’s Night Out