Bubba Wallace told his critics to shut it, both figuratively and literally, with his second Cup Series victory at Kansas Speedway.

“Just so proud,” he said. “Pit crew was awesome today. We had one loose wheel. Just thankful. Thanks for the opportunity, and thankful to shut the hell up for a lot of people.”

Unlike his maiden victory, last season, at Talladega Superspeedway, Wallace gave his critics no leverage to downplay his win, Sunday, at Kansas Speedway.

He didn’t catch a lucky break with the timing of the rain. Rather, he ran down and overtook Alex Bowman for the lead with 67 laps to go and held around a two-second lead for most of the closing laps.

He earned this victory through performance and validated his strong run at Kansas in May.

“I think looking back at the first race, I’m selfish, and I think we were better than (Kurt Busch),” he said. “We just didn’t have the track position to show that. He took home the hardware to show that he was better than us.”

“But coming back here and actually it kind of all sparked in Michigan and figuring out what we had and understanding that Michigan setup was based around our Kansas setup, our first Kansas setup, and coming back here, not much different than that. And it’s like, okay, we have to ramp up here, and the car is going to be good. It puts more pressure on me. Hey, the car is good. Are you going to deliver and execute and give the car its full potential?

“We executed on all levels on the racetrack, on pit road, and communication was awesome today. It’s just one of those things. You hate that you were in that scenario the first race, but it makes you come back stronger, and look where we’re at.”

The haters can be quiet 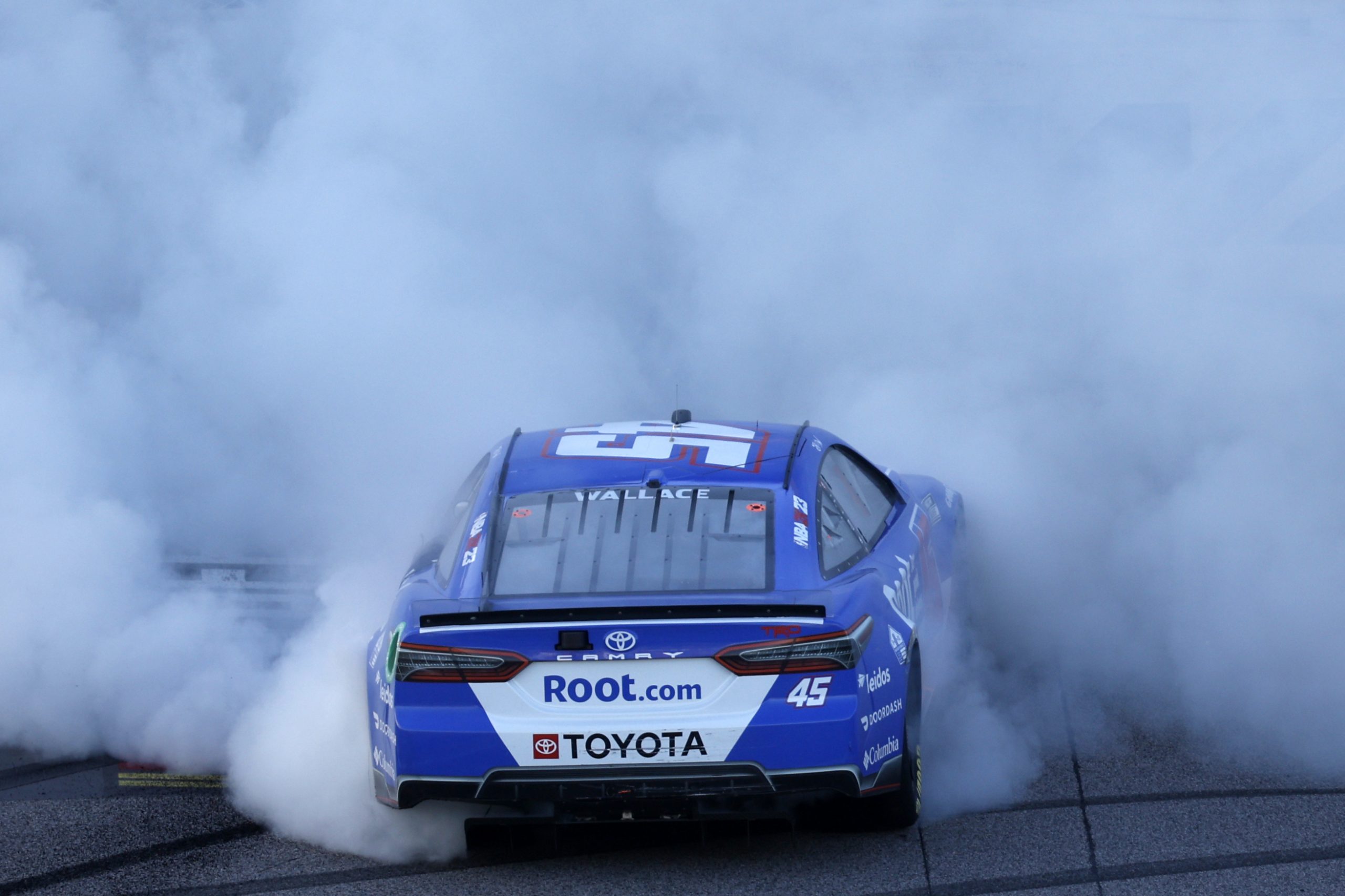 His critics — be it those who took him to task for his lack of performance or the keyboard warriors who spewed vile, thinly-veiled racist garbage at him — no longer get to point to his rain-shortened victory at Talladega to claim he can’t get it done. As if a rainout is less valid (tell that to NASCAR Hall of Famer Jeff Gordon and his five rain victories).

Wallace won it Sunday on a long green flag run with no late caution to assist.

“As far as how he drove the race, I didn’t say this to him, think about this: At the end of the race, he takes the lead or he takes the lead on his own and stretches the lead,” Bootie Barker, crew chief, said. “By stretching the lead, it gives me the ability to just go — JR and I sit there and call the races. We knew with the lead he got us, all we had to do was protect behind us. We had a hedge to do that. That makes it easy.

“Then the pit crew he got on and off pit road well. Better than anybody else. They had an awesome stop. Then you’re gone. You’re out front. You’ve got it.”

I should note that his pit crew turned out a slower pit stop than Christopher Bell (we’re talking hundredths of a second), but Wallace spent less time on and off pit road on his end. 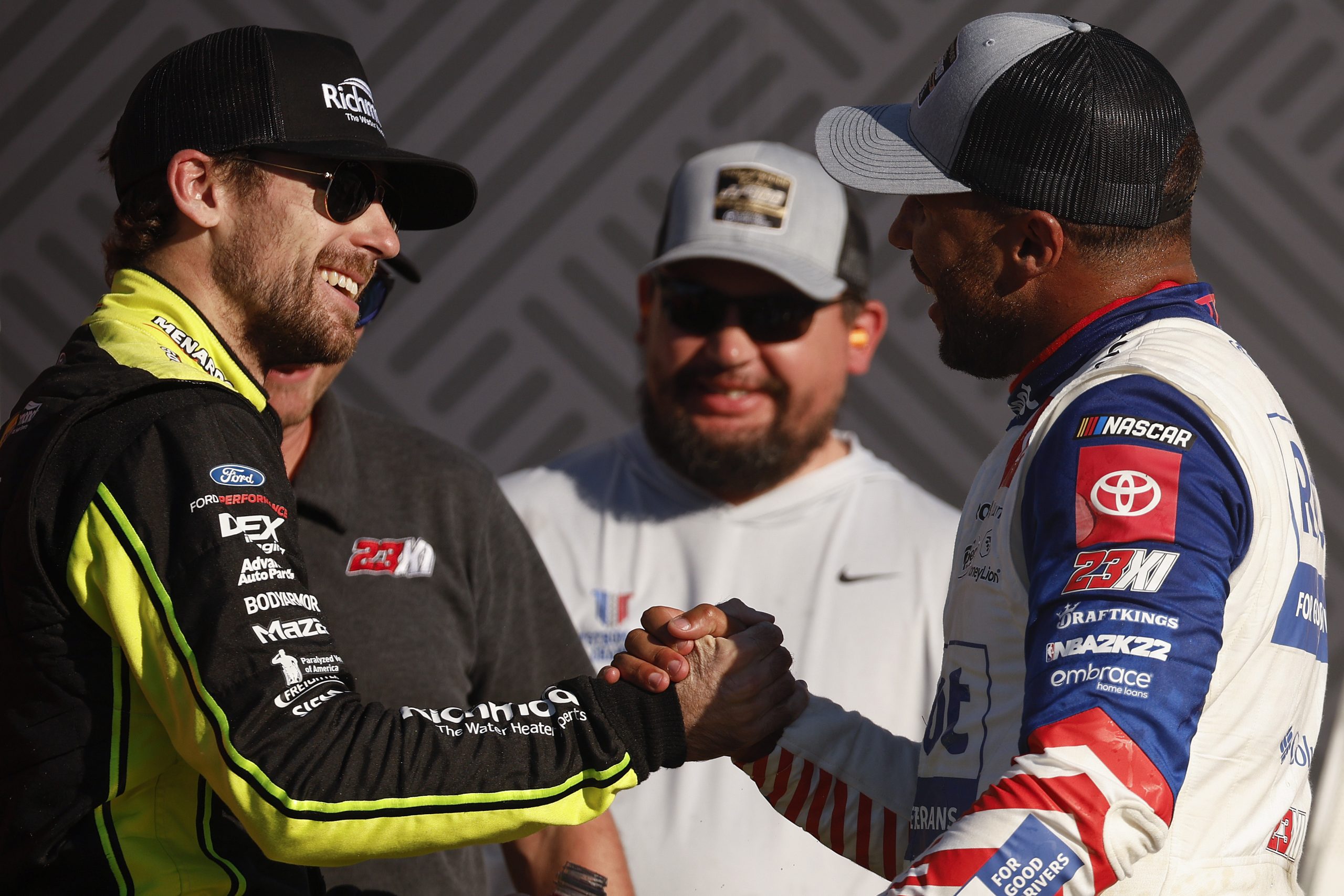 That’s how he joined 137 other drivers in NASCAR Cup Series history to win two or more races. Furthermore, Bubba Wallace is the first Black driver to win multiple Cup Series races. And it’s not lost on him.

“Just makes you think back to when it all started 20 years ago and how we were just showing up to races,” he said. “And each and every weekend my dad would always look for the stiffest competition to make us better. It was a lot of fun.

“I remember showing up to these places for the first time and just trying to be the best of the best. It all relates to that question. You just want to show up and win. Whatever history comes in after that, it all settles in behind because there’s no greater thing than winning. I appreciate all the support from our fans and family and just got to keep it going.” 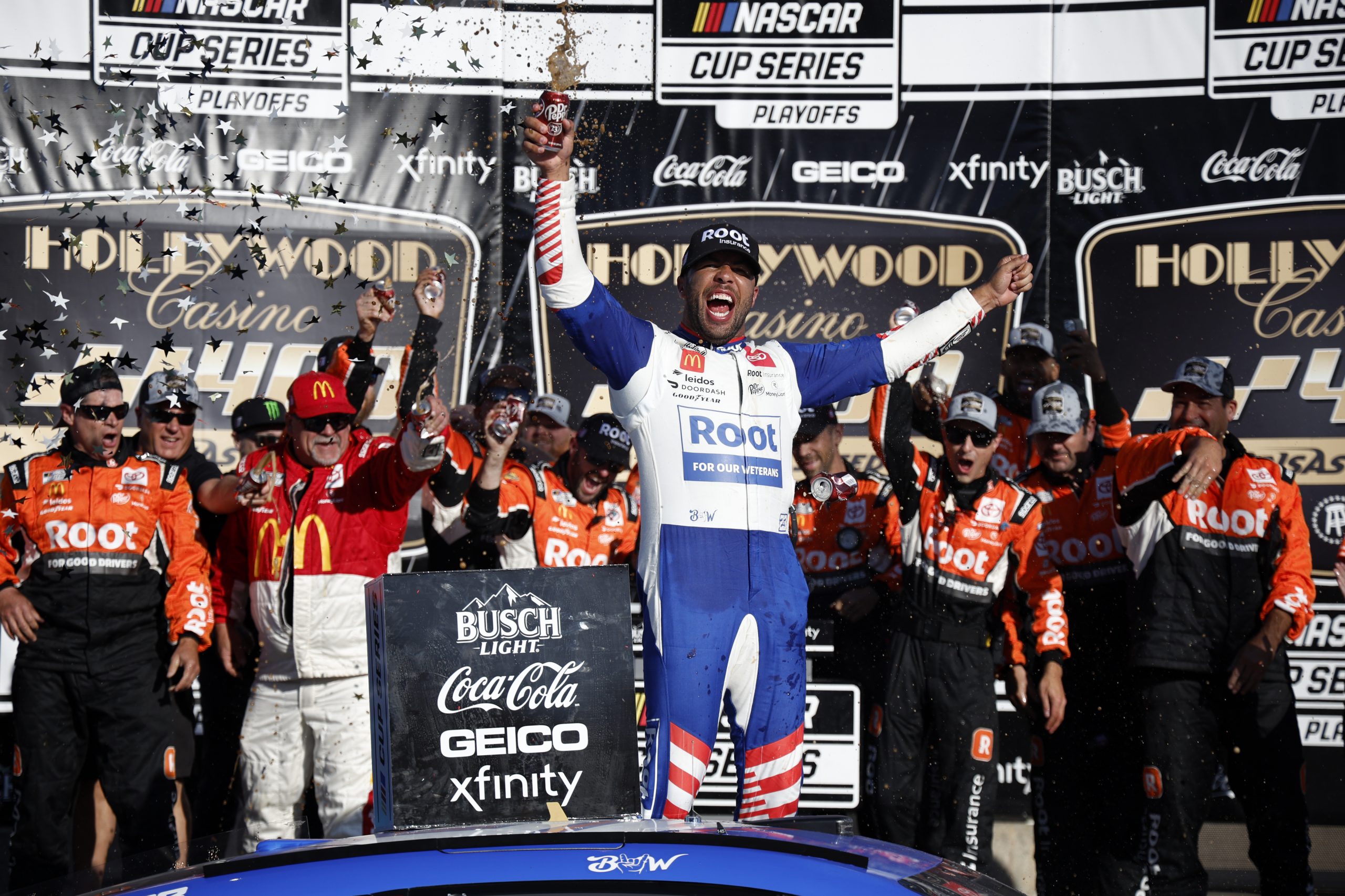 If you’re still not convinced, consider the following.

Wallace finished top-10 in six of his last nine races. All of which came at a variety of tracks. It gave him a much-needed confidence boost that he lacked with the Gen-6 car. Of course, some will (probably) never be convinced and continue to lambast him at a moment’s notice. That (probably) only changes when he wins consistently.

For now, however, Bubba Wallace should savor this. He and 23XI Racing are on the right track and he’s showing the promise that was evident from his six Truck Series victories. Guys like Wallace performing well are a net gain for NASCAR and its continuing goal of reaching a new audience.

Read On: F1: 5 Takeaways from the Italian Grand Prix