The run to the championship begins this weekend as NASCAR heads to a historic track to kick off the playoffs.

The time has finally come. This weekend marks the beginning of the 2022 NASCAR Playoffs with the series heading to Darlington for the first of 10 playoff races.

The 16 drivers in the playoff field have the next three races to perform at their peak and accumulate enough points to advance into the Round of 12.

The Cook Out Southern 500 is the second race at Darlington this season, with the first, the Goodyear 400, occurring back in May. That race featured some late drama as Joey Logano moved William Byron out of the way and into the wall on the final lap to claim victory, a move that Byron felt crossed the line between hard racing and dirty racing.

Behind Logano, six other playoff drivers finished in the top 10 that day while Byron dropped down to 13th. It will be worth watching to see if Byron attempts to get revenge this time around, which wouldn’t be the first time Logano has been targeted in a playoff race. Whether those two come together or not, the intensity is sure to ramp up as every decision can either save or ruin a driver’s season.

Bookmark this for reference at the end of the season 👀 #NASCARPlayoffs pic.twitter.com/pH2kIpvjaq

Nicknamed “The Lady in Black” or “The Track Too Tough to Tame,” Darlington Raceway is a historic track and beloved among NASCAR fans and drivers alike. Located in Darlington, South Carolina, it first hosted a NASCAR race way back in 1950 and has since become a yearly tradition in the sport. Since 2015, NASCAR has used it as a throwback weekend, with drivers sporting paint schemes from NASCAR’s past in a fun celebration of the sport’s history. That tradition was fulfilled back in May, with the cars returning to their normal colors this weekend.

The track itself is a 1.366-mile egg-shaped oval. Turns 1 and 2 make up the larger side of the track, with a banking of 25 degrees. In Turns 3 and 4 things tighten up for the drivers on the smaller, shallower 23-degree banking. 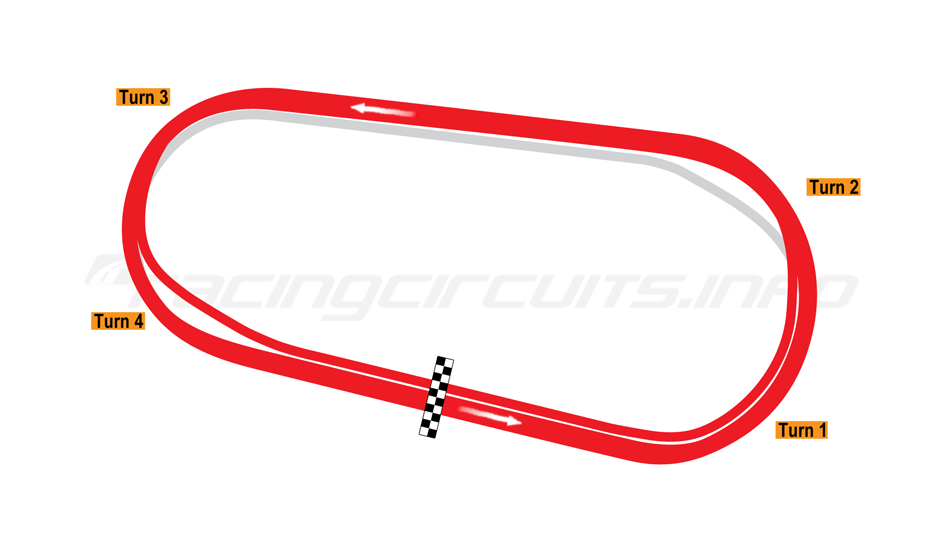 This weekend I’m backing Kyle Larson. He’s the favorite heading into Sunday and there’s a good reason for it. Before an engine failure in May, he scored four consecutive top-3 finishes at Darlington. He is also heating up at the right time after his win at Watkins Glen (ignore Daytona where he had nothing to gain). He’s not coming in as hot as last year, but Larson is still a strong bet for both this weekend and the championship as a whole.

How To Watch – NASCAR at Darlington (All Times EST)