When the ARCA West Series opener at the Las Vegas Bullring ended on Thursday night, it was no surprise to see Sam Mayer in victory lane.

Mayer was only challenged by Bill McAnally Racing’s, Jesse Love who led early on before falling to the eventual race winner.

Aside from that, Mayer captured the fastest time in practice, as well as the pole. He stole the show.

Only eight of the seventeen cars remained on the lead lap after 150 laps, showing just how strong the GMS Racing Chevrolet was throughout the night.

Mayer now leads the standings in both ARCA East and West Series, despite not having plans to run the West Series full-time.

“I can’t thank GMS enough for bringing out the best car out here today,” Mayer told NBC Sports in victory lane. “Man I’m going to enjoy this one for sure.”

Love was excited about the finish, and looks to ride the momentum from his runner-up finish to the next series race at Irwindale.

“We were pretty good, but we are going to come back swinging the next time,” Love told NBC Sports.

The race was slowed four times because of cautions, including once when teammates Gio Scelzi and Lawless Alan made contact, sending Scelzi around on lap 27. Scelzi was also involved in the lap 65 caution when he made contact with 26-year-old driver Austin Reed.

Coming on strong at the end of the race was West Series veteran, Blaine Perkins. Although he spent most of the race just outside of the top-five, he charged in the final restarts to finish 3rd.

Perkins has not participated in the West Series full-time since 2017, and picked up just his second top-five in his West career. The finish will help him as he heads to his home track next month.

The next ARCA West Series race is at Irwindale Speedway in California on March 28th. Love and Perkins will be ones to watch for the win between their finishes on Thursday night and experience on there. 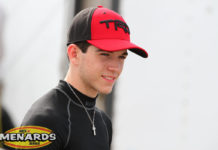 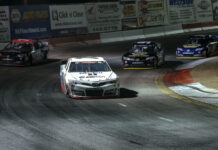 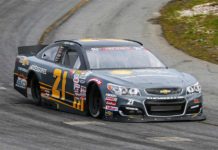 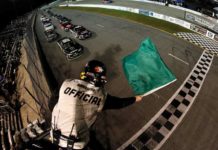 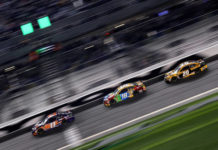 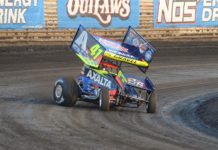