The 2018 Bathurst 1000 motor race has been won by Craig Lowndes, in a poignant and emotional moment, as the popular driver has ended his fulltime race career on the perfect note……as a race winner at the 2018 Supercheap Auto Bathurst 1000.

He outlasted all of the challenging drivers, in a day that brought challenges for every one of the other race drivers – but was illustrated especially hard by the case of the defending 2017 Bathurst champion, David Reynolds. The Erebus Penrite driver suffered late in the race from severe physiological failure – dehydrated and physically drained, and Reynolds was forced to retire late in the race (to the detriment of the teams final placing).

It showed how demanding this Bathurst 1000 is on every one of the competing drivers, as Craig Lowndes overtook David Reynolds late, to achieve an emotional victory.

It was not only an overtaking manoeuvre that helped him win the demanding 1000 kilometre race as much as how it was a fairytale ending to the full-time V8 Supercars career of Craig Lowndes, to the delight of his fans and supporters.

Craig Lowndes and Steven Richards win the Supercheap Auto Bathurst 1000, adding to their already remarkable records at Mount Panorama that, for Lowndes, includes a pair of Bathurst 12 Hour victories.

It was a popular victory, with Scott Pye and Warren Luff securing second place, ahead of Scott McLaughlin and Alex Premar in third place.

The win illustrated the combination of the physical and emotional demands of racing. The big V8 machines demand much of the drivers – they need to be prepared. But as David Reynolds in 2018, and Tim Slade in 2017 demonstrated how demanding on the body that the sport is.

Fuel saving was a factor in the victory too, where throttle percentage over the entire circuit proved to be an ability that proved crucial at the end of the contest. Lowndes and several other drivers demonstrated that across the seven race, it is about being conservative, as well as showing race-speed on the day.

“Anybody in that Top Eight, can win this”.

So many variables proved important toward the win for Craig Lowndes; the fuel-save, tire health, the ratio of aero-balance and of having the best engine output, along with the least fuel use. All complications that added to him traversing the Bathurst 1000 race record – and this year, Craig Lowndes did that best, to win the 2018 race – and achieve his seventh Bathurst 1000 victory.

The weather began to play it’s part too, with drizzle and passing showers only adding to the drama that occurs every October, in the small town of Bathurst, NSW.

Scattered rain was an issue after the three-hour mark. And while the change in grip did demand intense driver attention, there was no immediate need for any wet-weather tires to be issued. Not a downpour as such, so it never really eventuated to become a true factor in this years’ great race.

The fairy tale that couldn't have been scripted any better ? @craiglowndes888 @Steve_Richo #Autobarn888 #VASC #Bathurst1000 pic.twitter.com/IkWXjbHUDO

Still, it was a concern for all drivers though. At Mount Panorama, the rain is either heavy, or it is light. So drivers prolonged the use of slick tires while it was light, not changing to the specific wet-grade Dunlops. It benefitted in the lap times, and while strategy changed to suit some of the weather/lessoned fuel demand, it did not impact majorly on the grid.

Drivers were able to benefit over the race, from the tread laid-down. It gave more grip over the weekend, and after a safety car stop around the 94th lap, the lead Erebus Penrite car was still ahead of the bunch, as others battled to stay within touch.

After a short yellow card period, the race crossed the 100 lap mark. Although it was still not yet three-fifths of the way into the 2018 Bathurst 1000 race, the majority of the co-drivers achieved their minimum required laps.

It affected every one of the V8 Supercars teams differently, but the leading Erebus Penrite team had reached their ‘physical’ limit. With pole-sitter David Reynolds at the controls, he was required to run over 60 laps without a driver change.

But following him closely was Craig Lowndes, and the physical demands on Reynolds body ultimately led to him conceding the race lead – and his team finishing in 13th position overall.

Fuel would also play it’s part in the race, with a 23-27 lap bracket being a consideration for all race teams. Conservation of fuel in motorsport can often add to a team’s strategy, yet with the chasing pack all pushing hard, few cars were able to go the full distance between ‘drinks’.

And so it proved so significantly for Reynolds especially – and for the experience of Lowndes and his co-driver Steven Richards too. Each showed that winning the Bathurst 1000 was not just simply a straight out sprint; the younger driver learning a harsh lesson, and the six-time champ took advantage of the situation.

Harsh lesson for David Reynolds and all V8 Supercar Drivers

The ‘great race’ is as much a lesson in perseverance, as it is in patience and in understanding the physical demands of a 1000 kilometre race. It is not just a sprint race, but a race of endurance and of patience – exhibited best, by the seven-time race winner, Craig Lowndes.

He achieved the result through his determination and race pedigree; as much as his speed and driving skills at the great race…. the 2018 Bathurst 1000.

If ever a lesson can be learned of how the craft of racing a V8 Supercar is ‘more than just a race’ then in the 2018 Bathurst 1000, all drivers should acknowledge that there is more to winning, than just turning up.

David Reynolds will be back. His class is recognizable. But Craig Lowndes will also be back. No longer a full-time driver, but he will be one of the most experienced – and challenging – co-drivers, in 2019 and as long as the legendary driver wishes to test himself, on the greatest race track in Australasia…..the Bathurst 1000. 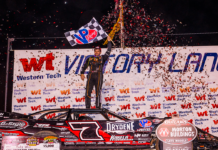 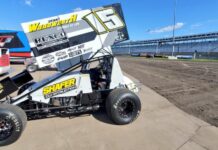