The Spanish AGR Team has decided to field one bike in Moto3 after spending two seasons in Moto2 with Marcel Schrotter (GER) and Axel Pons (ESP). The team will be making its debut in Moto3 in 2017.

Spanish rider Maria Herrera has been signed up on a one-year contract for 2017. She endured a torrid 2016 season that was riddled with injuries. Her 2016 team Laglisse, dissolved due to financial difficulties but Herrera managed to save it by becoming the owner-rider in the re-christened MH6 Team. She registered only four points finishes in 2016 to end the season in 31st position in the riders championship. Neverthelesss, in 2017 Herrera is aiming for a more consistent and successful season in a new outfit in Moto3 than she did last season. 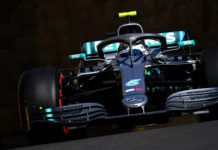 2019 Motorsport Season in full swing around the Globe

John Surtees: A Life on Two Wheels and Four

10 Things to get Excited About in Motor Racing 2017