We’ve made it to the bowl season in this crazy 2020 college football year. The playoff and bowl matchups will come into focus. Can Clemson get back to the Nation Championship Game? Will Cincinnati and Texas A&M make a case for playoff expansion? Can Army win 10 games in a season for the second time in three years? Can Notre Dame get their first playoff win against the seemingly unbeatable Crimson Tide? We’ll look to answer those questions and much more as we look at the best weekend of the season in our 2020 College Football watch guide bowl game edition.

Note: All game times are in central standard time 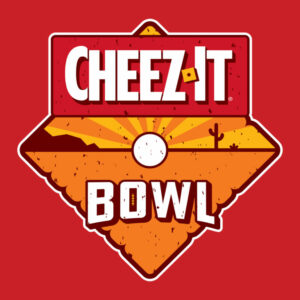 Our first ranked matchup in the bowl season as the Cowboys take on the Hurricanes. It’s also a matchup of two teams that struggled down the stretch after making it into the top 10 during the season. Oklahoma State has been inconsistent on the offensive side late in the season, whereas Miami’s problem is more on the defensive side coming off one of their worst defensive games in program history against North Carolina. The most intriguing matchup will be D’Eriq King and the Hurricane offense against one of the best pass defenses in the country.

Another disappointing season for Texas ends in uncertainty as the Longhorns landed in the Alamo Bowl. Even with the frustrating season, the Longhorns have won five of six games and will look to spearhead another win into an optimistic 2021 season. Colorado has only played five games this year but has been better than everyone thought in battling USC for a PAC 12 championship spot. An upset victory for the Buffaloes could be huge in rebuilding the program.

This game may have lost a little of its luster with the Gator’s top four receivers opting out of this game. However, Florida still has Heisman Trophy candidate Kyle Trask playing in the game. Comparatively, for the Sooners, Tre Brown is the only opt-out and will not be missing anyone due to Covid. Having said that, this is a fantastic matchup between Trask and his now young and inexperienced receiving corps against a top 20 Oklahoma defense. Florida’s defense has been poor by SEC standards, but can the young Sooner offense remain consistent enough for a full four quarters to come out on top?

Tulsa had one of the most tumultuous seasons in this pandemic year. The Hurricane had five games postponed or canceled but still finished 6-2 and took Cincinnati to the wire in the American Conference Championship Game. However, Tulsa will be without All-American Zaven Collins in this game as he prepares for the NFL Draft. Only in 2020, will you see a 3-7 team make a bowl game. After beating LSU in the opening weekend, the Bulldogs lost seven of eight games. However, they did defeat Missouri 51-32 in their final game, and with Mike Leach, at the helm, this will be an entertaining game. 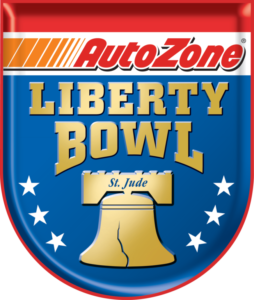 One of the biggest was made right when Army made it into the Liberty Bowl as a replacement against the Mountaineers. West Virginia is a much-improved ball club in 2020, particularly on the defensive side of the ball. They were one of the best defenses in the country against the run only allowing 126 yards per game. Conversely, Army has their normal productive rushing prowess with 281 yards per game and 33 rushing touchdowns. Who will budge in this matchup of the irresistible force against the immovable object?

After struggling early in the season on the offense’s side of the ball, the Bulldogs have been humming with JT Daniels at quarterback with nine touchdowns and only one interception. The mindset should be solid for the Bulldogs who have been out of the Playoff discussion for quite some time. For Cincinnati, they are in an NY6 game but certainly felt like they deserved an opportunity to play for a national championship. But, a win in this game against a perennial power may help change the conversation for playoff expansion.

Now, we move into the playoff portion of our College Football Watch Guide. The Rose Bowl looks a little different this year as it will be played at AT&T Stadium in Arlington as opposed to Pasadena. Nevertheless, we have one half of the College Football Playoffs here as the Crimson Tide take on Notre Dame. Alabama comes into this game having the best overall offense in the country this year behind Mac Jones, Najee Harris, and Devonta Smith. Comparatively, Notre Dame appeared to have turned a corner in terms of being able to win the big game against Clemson earlier in the year. However, Clemson dominated in the ACC Championship game. Can the Irish buck the trend and get a playoff upset win?

In the other half of the College Football Playoffs, we have a rematch of an instant classic playoff game from a year ago. Clemson avenged their only loss in dominating fashion with a 34-10 victory over Notre Dame. With their defense now healthy, the Tigers are playing their best ball of the season. On the Ohio State side, they have an incredible amount of motivation coming into this game. A chance to win a championship, avenging last year’s loss to Clemson and some bulletin board material on not deserving to be there could be a big opportunity for the Buckeyes to spring the upset.

Ole Miss comes into this game as one of the best offensive teams in the country under first-year coach Lane Kiffin. The Rebels have scored 40 plus points in five of their nine games. Matt Corral leads the charge with 27 touchdown passes. Conversely, Indiana comes into this game feeling snubbed for not making an NY6 game. Be that as it may, Jack Tuttle leads the Hoosier offense in his second career start. However, this game could hinge on the ability of Indiana to slow down the high powered Ole Miss offense.

For the second straight year, Oregon comes into the bowl season after an upset win in the conference championship game. This year, it finds the Ducks in the Fiesta Bowl against Iowa State. The Ducks are led by Tyler Shough at quarterback who has been up and down at times. On the other side, the Cyclones were six points away from a playoff argument. But, Brock Purdy threw three interceptions and must get more consistent as well. Iowa State will continue to lean on the leading rusher in the country in Breece Hall.

As we conclude our College Football Watch Guide, our final bowl game of the season take place in the Orange Bowl between the Aggies and the Tar Heels. But, much like Florida, North Carolina will have many of their stars opting out. Running Backs Michael Carter and Javonte Williams along with wide receiver Dyami Brown will not be playing for the Tar Heels. That will make the already difficult task of defeating the Aggies who have won seven games straight even tougher. Kellen Mond has been more consistent in his senior season with 19 touchdowns and three interceptions and the Aggies will need that to continue as they bolster their case for that they should have been in the College Football Playoffs.